Discover the Regions of Canada

Best Clinics and Hospitals in Canada 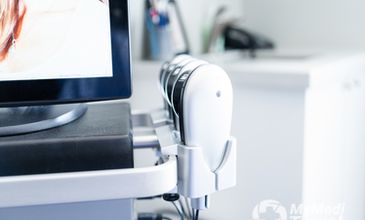 As the second-biggest country in the world, Canada offers an endless variety of landscapes and unique culture. From the glacier-topped Rocky Mountains and rainforests to unspoiled coastlines, emerald lakes, and frozen tundra, there are many things to explore in this huge country. Besides its vast wilderness, it is also home to busy cities, pretty towns, and secluded indigenous settlements. Canadian cities are advanced and vibrant and are widely known as some of the best places to live in the world. In addition to vacationers, Canada has been welcoming an ever-increasing number of medical tourists from all around the globe, due to its high-quality health care and excellent medical treatments, performed by highly trained and experienced medical professionals.

Popular Cities and Regions in Canada

Toronto and Vancouver are two of the most popular cities in Canada. Toronto boasts an amazing skyline and is one of the most culturally diverse cities in the world. It is home to the world’s largest underground shopping mall, PATH, and one of the world’s tallest freestanding towers, the CN towers. Vancouver is a more chilled-out city; it seems to have it all: nice beaches, beautiful mountains, a cosmopolitan gastronomic scene, an awe-inspiring art scene, and an amazing downtown park. Along with Toronto and Vancouver, Montreal and Quebec City are both popular as well with a French influence, with French-inspired cuisine, terraced cafés, cobblestone streets, and centuries-old stone buildings.

Holders of passports issued by 54 countries, including all EU countries, the US, and Japan, can visit Canada without a visa for up to 6 months. All other countries not listed in the visa-free agreement need to apply for a visa beforehand.

Canada has four distinct seasons: summer, autumn, winter, and spring. Summer, from June to August, can be very humid and hot, with temperatures ranging from 20°C to 30°C. In September, autumn brings cooler weather and fewer hours of sunlight. Winter starts in December and ends in February. The weather can be dry and cold during the winter, as the temperatures drop to -10 to -15°C. In March, spring comes, the snow begins to melt and it gets warmer. However, there are a lot of rainy days during this season.