Discover the Regions of Serbia

Best Clinics and Hospitals in Serbia 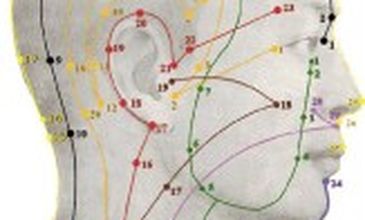 The Republic of Serbia is a landlocked country in the west-central Balkans. With its excellent museums, world-class nightlife, historical metropolises, UNESCO-listed medieval monuments, and fascinating culture, it is known as one of the most entertaining destinations in Eastern Europe. In addition to its beauty, Serbia is also known as a popular destination among people looking for high-quality medical treatments. The medical tourism industry in the country is one of the fastest-growing in the world. The driving force behind the country’s thriving medical tourism industry is its affordable treatments performed by highly qualified medical professionals. The medical centers in the country offer a wide range of medical treatments, with cosmetic surgery, dentistry, fertility treatment, weight loss procedures, and cardiovascular interventions as the most sought-after procedures.

Popular Cities and Regions in Serbia

Belgrade is the capital city and is home to a large number of bars and clubs, this high-energy city is known for its vibrant nightlife. Tourists can see its historical past, with socialist blocks, art nouveau masterpieces, socialist modernist monoliths, remnants of the Habsburg legacy, and Ottoman relics. The top attractions in this city are the Belgrade Fortress, Museum of Yugoslavia, Museum of Contemporary Art, and Marshal Tito’s Mausoleum. Along with Belgrade, Novi Sad is one of the most visited cities in Serbia. It is famous for its remnant of Austro-Hungarian rule. Many people come to the city to see the Trg Slobode (Freedom Square), the Catholic Church of the Virgin Mary, and the Museum of Vojvodina.

The main international airport where most international visitors arrive in the Belgrade Nikola Tesla Airport. It serves international flights to many cities across the globe, including Amsterdam, Moscow, Paris, and New York. Although there are no domestic flights in Serbia, the bus service will take you to all major cities and is a good option to get around the country. The railway service is often unreliable and slow. Inside the main cities and towns, the bus service is good. Tram and trolleybuses are available in Belgrade. The main cities have metered taxis as well.

All visitors to Serbia have to obtain a visa unless they come from one of the 96 visa-exempt countries, including all EU countries, Australia, Russia, China, India, and the US. Other countries not listed in the visa exemption agreement need to obtain a visa in advance. All visitors must hold a passport that is valid for at least 90 days from the issue date of the visa.

The north of Serbia experiences a continental climate, while the south has a more Adriatic climate. The winter (from December to February) in the north is very cold and long, whereas the summer (June to August) are warm with little rain. The south has a hot and dry summer, with cool and rainy winter. Autumn and spring have comfortable temperatures, making them great times to visit.