Discover the Regions of Venezuela

Best Clinics and Hospitals in Venezuela 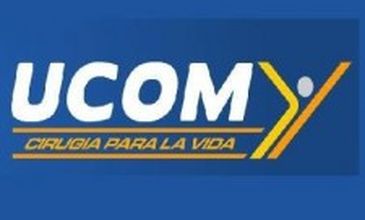 Venezuela is situated at the northern end of South America and is famous for its unmatched natural beauty. From the Andean peaks and Caribbean coastline to wildlife-rich rainforests and the world’s highest waterfall, Angel Falls, its landscape is truly extraordinary. In addition, the country is also popular for its low-cost, high-quality healthcare. Medical tourists flock to this country to undergo aesthetic and reconstructive surgery, such as buttock augmentations with the country’s highly skilled medical professionals who have gone through intensive study and training, as well as medical centers that have modern medical technology and a wide range of procedures with competitive prices, are some of the factors that drive the country’s popularity among medical tourists.

Popular Cities and Regions in Venezuela

Caracas, Venezuela’s capital, is a cosmopolitan city with modern architecture and volatile culture. Nestled below rolling mountains, it has one of the most dramatic settings of any city in the world. Some of the more popular attractions include Plaza Bolívar, Museo de Arte Contemporáneo de Caracas, Iglesia de San Francisco, Catedral, and Simón Bolívar Mausoleum. Another popular destination is Ciudad Bolivar, which is the gateway to Angel Falls. Carúpano is also popular for anyone who wishes to relax and enjoy Venezuela’s Caribbean coast.

Simón Bolívar International Airport is the main international gateway to Venezuela. It handles numerous flights to destinations in the Americas, the Middle East, and Europe, including Paris, Buenos Aires, and Istanbul. Almost all major cities are connected by domestic flights. However, although domestic flights are the fastest way to travel, they are not the cheapest. Buses are the more affordable alternative. They cover the whole country, making it easier to get around. Inside cities, tourists can opt for buses, taxis, or the suburban light-rail line and subway (in Caracas).

Venezuela allows citizens of 66 countries, including all EU countries, Australia, Ethiopia, Hong Kong, and the UK, to visit without a visa for up to 90 days. All other nationals of countries not listed in the visa-waiver agreement need to obtain a visa beforehand. All visitors need to have a passport valid for six months on arrival.

There are two seasons in Venezuela: summer (dry season) and winter (rainy season). The dry and sunny summer runs from December to April, while the rainy winter starts in May and ends in November. The temperatures stay the same all year round, with an average of 25°C in Caracas. The hottest months are July to August, while June to November is the hurricane season.