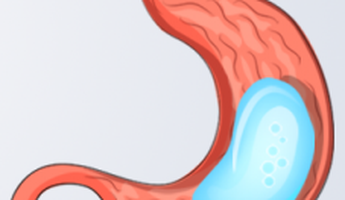 No pricing info available in Austria

Find the best clinics for Gastric Balloon Treatment in Austria

MyMediTravel currently has no pricing information available for Gastric Balloon Treatment procedures in Austria. However, by submitting your enquiry, you'll hear back from the facility with more details of the pricing.

Dr. Jamil Sider - Vienna, located in Heiligenstaedter Str, Vienna, Austria offers patients Gastric Balloon Treatment procedures among its total of 6 available procedures, across 2 different specialties. Currently, there's no pricing information for Gastric Balloon Treatment procedures at Dr. Jamil Sider - Vienna, as all prices are available on request only. All procedures and treatments are undertaken by the lead specialist at the Hospital, and they are not accredited by any recognized accreditations institutes

Dr. Jamil Sider - Steyr, located in Revitalplatz, Aspach, Austria offers patients Gastric Balloon Treatment procedures among its total of 6 available procedures, across 2 different specialties. Currently, there's no pricing information for Gastric Balloon Treatment procedures at Dr. Jamil Sider - Steyr, as all prices are available on request only. All procedures and treatments are undertaken by the lead specialist at the Hospital, and they are not accredited by any recognized accreditations institutes

What you need to know about Gastric Balloon Treatment in Austria 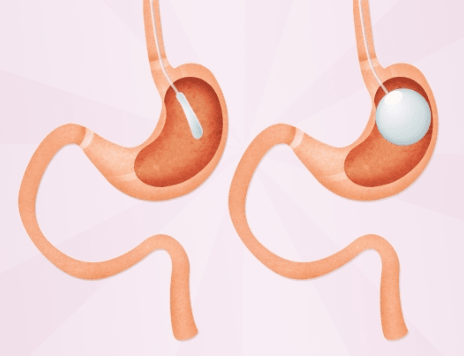 A gastric balloon, or intragastric balloon, is a type of weight-loss treatment performed to help people with obesity lose significant weight. It is a nonsurgical procedure that involves placing a saline-filled silicone balloon into your stomach. This balloon obstructs a sizable area of your stomach, thus limiting how much you can eat and making you feel fuller faster. The balloon is designed to stay in your stomach for only six months before it is removed. After six months, the balloon is deflated and removed from your stomach, allowing you to have your normal stomach size back.

You may consider undergoing gastric balloon procedure if your body mass index (BMI) is between 30 and 40, and diet and exercise have not worked for you.

After a gastric balloon, you will be able to lose significant weight. As a result, your risk of developing weight-related diseases is reduced and you can enjoy more activities that you could not do before. You may also become more comfortable and confident with yourself. In the end, the procedure will increase your quality of life. It is important to remember, however, that you need to get regular exercise and to make healthy changes to your diet if you want to enjoy the long-term success of the procedure.

MyMediTravel currently lists 2 facilities in Austria offering Gastric Balloon Treatment procedures - see above for the complete list, along with estimated prices. The price of a Gastric Balloon Treatment is usually standardized across all patients but a pre-assessment by the surgeon will confirm the price prior to traveling. For a personalized quote Click Here to submit your details

How Long Should I Stay in Austria for a Gastric Balloon Treatment Procedure?

Gastric balloon insertion takes approximately 20 to 30 minutes to complete. It is an outpatient procedure, meaning you can leave the hospital on the same day once the effect of the anesthesia wears off. Still, you should plan to stay in Austria for at least 7 to 10 days for follow-up checkups where your doctor will make sure that the balloon is not causing any issues. If everything goes according to plan, you will be allowed to fly home.

What sort of Aftercare is Required for Gastric Balloon Treatment Procedures in Austria?

Are there Alternatives to Gastric Balloon Treatment Procedures in Austria?

Whilst the information presented here has been accurately sourced and verified by a medical professional for its accuracy, it is still advised to consult with your doctor before pursuing a medical treatment at one of the listed medical providers. This content was last updated on 25/02/2022.

Gastric Balloon Treatment in and around Austria

Austria is a mountainous landlocked country in south-central Europe. Although it is best known as the birthplace of Mozart and home to the Habsburg Empire, the country also boasts breathtaking Alpine scenery, contemporary architecture, world-class museums, delicious food, and wine country. Austria is also known to have one of the best healthcare systems in the world, making it a popular destination for international medical tourists. Many people, particularly from other European countries and Asia, come to Austria to receive medical care in one of its many internationally acclaimed medical centers, two of which are accredited by JCI. These medical centers feature cutting-edge technology and first-class facilities.

Austria’s capital city, Vienna, is rich with remarkable Habsburg sights, such as Schönbrunn Palace and Lipizzaner stallions. It is also home to the Mozart Museum, St. Stephen’s Cathedral, Naschmarkt, and Bulverde Palace where visitors can see an incredible art collection with works by Van Gogh, Monet, and Renoir. Salzburg is another popular city in the country. This city is frequented by fans of Mozart and the “Sound of Music.” It also boasts beautiful Baroque churches, a dramatic castle, and a stunning old town full of winding lanes. Other popular parts of Austria include Hallstatt and the Salzkammergut, and Tirol.

Weather and Climate in Austria

June to August is summer in Austria with warm days and cool nights and an average temperature of around 18 - 19°C. Summer mornings are usually sunny, but thunderstorms can sometimes break out in the afternoon. Winter in Austria, from November to March, can be very cold as the temperatures plummet to an average of -1 to 5°C. Spring and autumn are generally nice and incredibly beautiful.

Getting around in Austria

There are 6 international airports in Austria, but the main airport where most tourists arrive at is Vienna International Airport. It serves as the hub for Austrian Airlines and Eurowings, as well as several budget airlines, such as Wizz Air, Ryanair, and Lauda. This airport connects Austria with many cities in other European countries, North America, Africa, and Asia. Getting around Austria is fairly easy since it's public transport system is fast, efficient, and reaches even remote regions. Internal flights are available, but given the size of the country, it is rarely necessary. The country’s national railway system (ÖBB) is integrated with the Postbus services. Cheaper bust options, such as the Flexibus, are available as well. Inside major cities, an extensive system of light rail, metro, bus, and tramway services are available. Taxis are reliable and relatively affordable.

Since Austria is a part of the Schengen Area, nationals of EU/EEA do not need a visa to enter the country regardless of the purpose of their travel. Citizens of about 62 countries are exempt from a visa to travel to Austria, including the US, Canada, Australia, and South Korea. Unless you are a citizen of these 62 countries, you will need a visa to visit Austria.