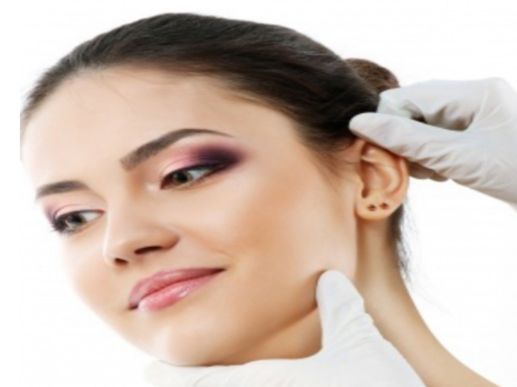 Find the best clinics for Otoplasty in Jordan

MyMediTravel currently has no pricing information available for Otoplasty procedures in Jordan. However, by submitting your enquiry, you'll hear back from the facility with more details of the pricing.

Compare Before & After Photos of Otoplasty

What you need to know about Otoplasty in Jordan 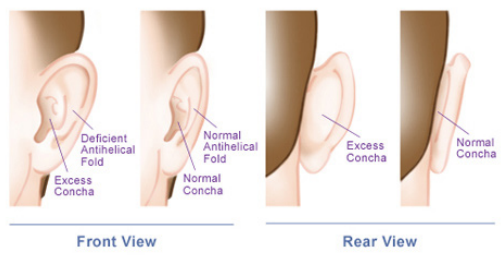 Otoplasty, also referred to as cosmetic ear surgery, is a type of cosmetic procedure to change the size, shape, or position of the ear. It is performed on the visible part of the outer ear, called auricle. Some people choose to have the surgery to correct odd-shaped ears due to an injury or birth defect. Others have it because they are concerned with how their ears protrude too far from their head. Otoplasty can be performed at any age after the ears have reached their full size, generally after age 5. In some cases, the surgery may be done as early as age 3.

There are several types of otoplasty. The following are the most common:

MyMediTravel currently lists 2 facilities in Jordan offering Otoplasty procedures - see above for the complete list, along with estimated prices. The price of a Otoplasty can vary according to each individual’s case and will be determined based on photos and an in-person assessment with the specialist. For a personalized quote Click Here to submit your details

Otoplasty is typically carried out under local anesthesia with a sedative, so you will be awake but you will not feel any pain. In some cases, general anesthesia may be used, typically for younger children.

Otoplasty can take between 1 and 3 hours to perform, depending on the complexity and the specifics of the procedure. It is typically done as an outpatient procedure, which means you can leave the hospital on the same day. It is recommended that you stay in Jordan for 7 more days for follow-up checkups and removal of stitches.

The recovery period may vary from one person to another. You may experience numbness for several weeks, and mild bruising for about 2 weeks. For several months, your ears may feel stiff and sore.

You should be able to go back to work and resume your normal activities, including exercise, within one to two weeks after surgery. Physical contact sports, such as rugby, football, or judo, should be avoided for at least 3 months. You should also avoid swimming for up to 8 weeks following your otoplasty.

Your surgeon will provide post-operative instructions. Make sure to follow the instructions carefully to promote smooth and quick recovery. You should rest with your head elevated on 2-3 pillows to minimize swelling. It is recommended that you eat a light, soft, and cool diet for several days. Take pain medication as prescribed by your doctor. Avoid sleeping on your side or rub the incisions to keep pressure off your ears. Consider wearing shirts with loose-fitting collars or button-down shirts.

Otoplasty is a safe and effective procedure, with high satisfaction rates. More than 90% of people who had the procedure claimed to be extremely happy with the results. Note that it may take some time for the result to be fully visible.

While it is a safe procedure, you still need to be aware of possible risks and complications that otoplasty carries. These include bleeding, hematoma formation, infection of the skin, infection of the cartilage of the ear, permanent or temporary numbness around the affected area, scar or keloid formation, unfavorable results, prolonged pain, narrowing of the external ear canal, impaired healing, changes in skin sensation, asymmetry, and overcorrection.

Are there Alternatives to Otoplasty?

There are not many viable alternatives to otoplasty as of yet. One of the most popular alternatives is nonsurgical otoplasty, which does not require any incisions. The procedure uses special sutures to pin the ears back and achieve a more symmetrical look. These sutures are woven into the ears and will remain in place permanently. They are also virtually invisible, so the results will look natural.

For babies under three months old with prominent ears, ear-molds can be taped to their ears to reshape the ears without surgery. This type of treatment typically takes about six to eight weeks.

Before otoplasty, you may have prominent or large ears or other deformity caused by an injury or birth defect that bothers you. Some people also feel self-conscious and embarrassed by the shape, size, and position of their ears. After the procedure, your ears will be corrected. Small or underdeveloped ears will be augmented to increase the size, the size of large ears will be reduced, and prominent ears will be drawn closer to the head. Your appearance will improve and you may feel more confident.

Otoplasty in and around Jordan

Jordan welcomes an ever-increasing number of medical tourists each year, many of which travel for Otoplasty procedures. The physicians and surgeons are generally proficient in English with some making efforts toward becoming affiliated with top US medical institutions such as the Cleveland Clinic and the famous Johns Hopkins. The country currently has 9 JCI accredited hospitals and cancer centers.