Find the best clinics for Pelvic Ultrasound in Russian Federation

With MyMediTravel you can browse 2 facilities offering Pelvic Ultrasound procedures in Russian Federation. The cheapest price available is $85 - what are you waiting for?

JSC Medicina Clinic, located in Spiridonyevskiy Pereulok, Moscow, Russian Federation offers patients Pelvic Ultrasound procedures among its total of 553 available procedures, across 17 different specialties. The cost of a Pelvic Ultrasound procedure starts from ฿2,600, whilst the national average price is approximately ฿4,876. There are many specialists available at the Clinic, with 10 in total, and they are accredited by JCI Accredited

What you need to know about Pelvic Ultrasound in Russian Federation

Pelvic Ultrasound is a non-invasive medical procedure that does not require surgery. This type of Diagnostic Imaging procedure / treatment is relatively affordable, especially in Russian Federation. Mainly because the skill set and experience required by the specialist doesn't need to be as extensive as it may be for other procedures. For Pelvic Ultrasound, medical records, reports or any supporting documents may be required for the specialist to assess prior to the treatment.

Given the non-invasive nature of Pelvic Ultrasound, there is no downtime, so you won't need to consider your recovery and aftercare much. However, if a consultation leads on to surgery, then you should expect to follow that with an extended period of rest.

Depending on how many sessions or follow ups you require, you can expect to leave Russian Federation immediately after. In most cases, the success of the outcome can be judged by yourself. 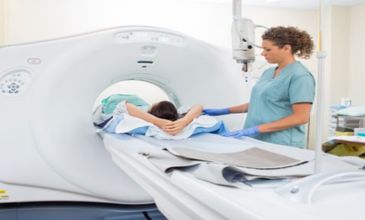 Pelvic Ultrasound in and around Russian Federation