With MyMediTravel you can browse 1 facilities offering Deep Vein Thrombosis (DVT) Treatment procedures in Munich. The cheapest price available is $2,499 - what are you waiting for?

Deep Vein Thrombosis (DVT) Treatment is a medical procedure / surgery that requires coordination between specialist surgeons, anesthetists and various other specialist medical professionals. This type of Vascular Medicine procedure / treatment is relatively affordable, especially in Munich. Mainly because the skill set and experience required by the specialist doesn't need to be as extensive as it may be for other procedures. For Deep Vein Thrombosis (DVT) Treatment, both photos and medical records are required for the specialist to assess prior to surgery.

It's likely you'll be advised by the medical team to stay in Munich for up to two weeks after your surgery, this will allow for enough time for your wounds to heal and have stitches removed, if required. The surgeon will expect to see you for at least one or two post-op consultations before giving the all clear to travel home again. The success rate for Deep Vein Thrombosis (DVT) Treatment in Munich is now extremely high given the recent advances in medical technology and surgeon experience. However, with any surgery, there is always the possibility of complications, such as infection, bleeding, numbness, swelling and scar tissue. But if you rest post-op and follow the surgeon's recovery advice, you can expect to reduce these odds close to zero. 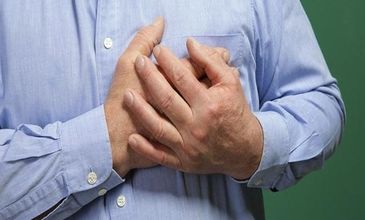 Deep Vein Thrombosis (DVT) Treatment in and around Munich