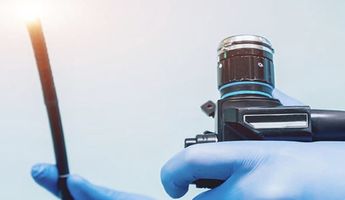 Find the best clinics for Endoscopic Ultrasound (EUS) in Munich

MyMediTravel currently has no pricing information available for Endoscopic Ultrasound (EUS) procedures in Munich. However, by submitting your enquiry, you'll hear back from the facility with more details of the pricing.

What you need to know about Endoscopic Ultrasound (EUS) in Munich Endoscopic ultrasound (EUS) is a procedure that allows your doctor to attain information and images of your digestive tract as well as the surrounding tissues and organs. It is used to assess gastrointestinal and lung disease. Endoscopic ultrasound can help in the evaluation of lymphoma, bile duct stones, pancreatic cysts, neuroendocrine tumors, as well as cancer of the esophagus, lung, colon, stomach, pancreas, rectal, and ampullary.

What does a Endoscopic Ultrasound (EUS) Procedure Involve?

During an endoscopic ultrasound, you may be given sedation and anesthetic to help you relax. Then, your doctor will insert an endoscope with a small ultrasound device installed on its tip into your digestive tract. An endoscope is a tiny, flexible tube that has a light and camera attached to its end. The ultrasound will provide more detailed and accurate images than traditional ultrasound.

How Long Should I Stay in Munich for a Endoscopic Ultrasound (EUS) Procedure?

Endoscopic ultrasound is an outpatient procedure, meaning you can leave the hospital immediately after the procedure. However, you will need to stay in Munich for around 7 to 8 days because the detailed results normally take about a week before they are available.

MyMediTravel currently lists 1 facilities in Munich offering Endoscopic Ultrasound (EUS) procedures - see above for the complete list, along with estimated prices. The price of a Endoscopic Ultrasound (EUS) can vary according to each individual’s case and will be determined based on your medical profile and an in-person assessment with the specialist. For a personalized quoteClick Here to submit your details

You will be monitored for about an hour after the procedure. You will be advised to take it easy for the rest of the day. Unless the result shows that you have a serious medical condition, you will be able to get back to your normal routine within a day or two.

What sort of Aftercare is Required for Endoscopic Ultrasound (EUS) Procedures in Munich?

Within the first hour after the procedure, you will only be allowed to drink water. It may take a little longer until you can eat food. There is no special diet or exercise you need to do, except if the result shows that you have a medical condition. You may need a follow-up visit with your local doctor to go over the results.

Several studies show that the rate of complications after an endoscopic ultrasound is very low, meaning it is a very safe procedure. The risks and side effects may include infection and bleeding, but that is very rare.

Are there Alternatives to Endoscopic Ultrasound (EUS) Procedures in Munich?

Since endoscopic ultrasound gives unique and accurate information, there are no real alternatives to this procedure. However, if you do not want to undergo this procedure or if the procedure results in misdiagnosis, traditional ultrasound or X-ray can be an option.

Before an endoscopic ultrasound, your doctor may not be able to confirm their diagnosis of your condition. After the procedure, your doctor is provided with precise information regarding your digestive tract, which allows them to evaluate and consider the treatment options for your case. 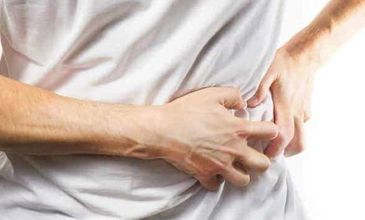 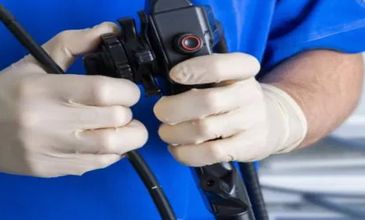 Endoscopic Ultrasound (EUS) in and around Munich