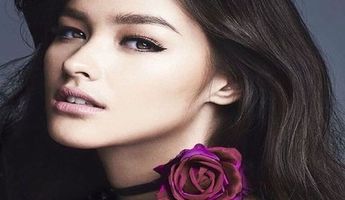 Find the best clinics for Nose Implant in Costa Rica

MyMediTravel currently has no pricing information available for Nose Implant procedures in Costa Rica. However, by submitting your enquiry, you'll hear back from the facility with more details of the pricing.

It is a good place for the need of a medical service, the facilities are in very good condition, the attention to the users is quite good, with the parking you can park outside, but there is parking in front of the building.

Dr. Miguel Alfaro Plastic Surgery Costa Rica, located in Calle los Almendros, San Jose, Costa Rica offers patients Nose Implant procedures among its total of 25 available procedures, across 1 different specialties. Currently, there's no pricing information for Nose Implant procedures at Dr. Miguel Alfaro Plastic Surgery Costa Rica, as all prices are available on request only. All procedures and treatments are undertaken by just a small team of specialists, with 2 in total at the Clinic, and they are not accredited by any recognized accreditations institutes

What you need to know about Nose Implant in Costa Rica 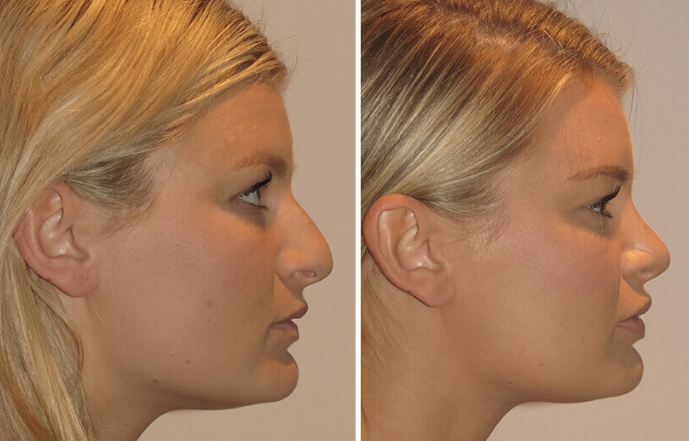 Nose implant, also known as Augmentation Rhinoplasty, is a cosmetic surgery to change the shape of the nose by placing an implant. The procedure is mostly performed to bring balance to the face since the nose is the most noticeable part of the face. The procedure can be carried out to enhance appearance or repair deformities from an injury or correct a birth defect.

What does a Nose Implant Procedure Involve?

Nose implant can be carried out under general anesthetic or local anesthetic with sedation, depending on the complexity of the surgery and your surgeon's preference. The procedure may be performed through a small incision inside the nostrils (closed rhinoplasty) or through a small external incision at the base of your nose (open rhinoplasty). After making the incision, your doctor will place the implant, which may be synthetic (Gore-Tex, Silicone, Medpor) or autologous (from other parts of your body, such as cartilage from your rib). The final step is placing the nose’s skin and tissue into its original position and stitching up the incisions.

MyMediTravel currently lists 3 facilities in Costa Rica offering Nose Implant procedures - see above for the complete list, along with estimated prices. The price of a Nose Implant can vary according to each individual’s case and will be determined based on photos and an in-person assessment with the specialist. For a personalized quote Click Here to submit your details

How Long Should I Stay in Costa Rica for a Nose Implant Procedure?

If no complications arise, you should be able to leave the hospital on the same day. However, if general anesthesia is used during the surgery, you may need to stay overnight. After you are discharged from the hospital, expect to stay in Costa Rica for 10 to 14 days to attend regular follow-up checkups.

You may experience swelling around your eyes, but this will gradually subside within 3 to 14 days. You should avoid strenuous activity (such as heavy lifting and intense exercise) for 3 to 6 weeks, but you may be able to return to work and some light activities in 1 to 2 weeks following the surgery. The full recovery time until your nose is completely healed is normally 6 months.

What sort of Aftercare is Required for Nose Implant Procedures in Costa Rica?

After your surgery, you will need to keep your head elevated to prevent aggravated swelling. Do not blow your nose and avoid extreme facial expressions for at least 10 to 14 days following the surgery. Your doctor will give you a recommended diet plan, which may include high-fiber foods such as vegetables and fruits to avoid constipation since constipation can cause strain to the surgery site.

Nose implant is known to have a high success rate of about 85% to 90%, particularly when performed by a certified plastic surgeon. Although the success rate is high, you need to be aware of the side effects and risks, such as bleeding, infection, difficulty breathing, permanent numbness around the nose, uneven-looking nose, pain, scarring, discoloration, septal perforation, and allergic reactions to the anesthesia.

Are there Alternatives to Nose Implant Procedures in Costa Rica?

If you do not want to undergo surgery but you want to change the appearance of your nose, your alternatives are fillers and Botox, which are non-invasive. Both are injected into the skin of your nose to change its shape.

Before the nose implant, you may not like the shape, size, or the overall look of your nose, your nose may look smaller or large on your face. After a nose implant, the size of your nose can be augmented and made proportionately to fit your face, which will improve your overall appearance.

Nose Implant in and around Costa Rica

Costa Rica is a tiny country in Central America, bordered by Panama, Nicaragua, the Caribbean Sea, and the Pacific Ocean. This country is generally regarded as having the most democratic and stable government of all the Central American countries. It charms its visitors with unspoiled beaches, lush rainforests, a plethora of wildlife, and steaming volcanoes. Besides its breathtaking landscape, Costa Rica is also famous for its healthcare. Tens of thousands of medical tourists come to this country to take advantage of its world-class yet inexpensive medical care. Most of the medical procedures in the country are 40% to 50% cheaper than in the United States or Europe. Cosmetic surgery and dentistry are the most sought-after procedure, but a growing number of foreign patients also come for orthopedic treatment, bariatric surgery, and eye surgery.

Surrounded by volcanoes and green hills, San José, the capital and largest city of Costa Rica, has one of the most spectacular settings in the world. This laid-back and pleasant capital is filled with colonial mansions that have been converted into contemporary galleries, amazing food, and vibrant nightlife. The most popular attractions in this city are Museo de Jade, Teatro Nacional, Museo Nacional de Costa Rica, and Mercado Central. Those who want to relax under the sun usually visit Tamarindo, which is famous for its beaches. Here, visitors can visit Las Baulas National Marine Park, go rafting in the Colorado River, or relax in Playa Tamarindo.

Weather and Climate in Costa Rica

Due to its close proximity to the Equator, Costa Rica is a tropical country with two seasons: the dry “summer” season and rainy “winter” season. The dry season, from January to April, is warm and pleasant. Rain is very unlikely to fall during this season, even in the rainforests. The rainy season, sometimes called the “green season,” is hot and humid. Rain usually falls in the afternoon and evening, while the mornings are often sunny. On the Caribbean coast, rainfall is spread out throughout the year, but it gets far less rain in September and October.

Getting around in Costa Rica

Juan Santamaría International Airport is the main international airport in Costa Rica, located in San José. It has various flights to domestic and international destinations, including Toronto, Mexico, New York, and London. Affordable domestic flights between San José and popular destinations are the fastest way to get around and handy for accessing the more remote areas. Buses are reasonably priced and have an extensive network, but they can be slow. Private and shared shuttles are available, the best way to get around is, however, by renting a car as it gives more flexibility and allows you to access more remote destinations.

Everyone who wants to visit and stay in Costa Rica is required to have a passport unless they are a citizen of one of the visa-exempt countries. The visa-exempt countries include EU countries, the UK, the US, Australia, Russia, and several other nations. Citizens of other countries not listed in the visa exemption agreement need to apply and obtain a visa before visiting.