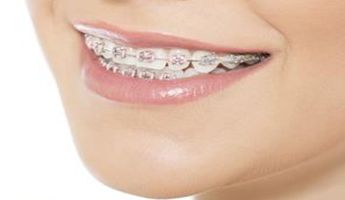 Find the best clinics for Braces in Romania

With MyMediTravel you can browse 8 facilities offering Braces procedures in Romania. The cheapest price available is $565 - what are you waiting for?

Professional and confident!All correspondence by email, precise and comfortable all treatments with Dr Laura. X rays close by. I definitely recommend.

Clinica Dr. Rosu, located in Central Timisoara, Timisoara, Romania offers patients Braces procedures among its total of 71 available procedures, across 1 different specialties. Currently, there's no pricing information for Braces procedures at Clinica Dr. Rosu, as all prices are available on request only, whilst the national average price is approximately $565. There are many specialists available at the Clinic, with 4 in total, and they are not accredited by any recognized accreditations institutes

Awesome team, great atmosphere. The procedures were painless and the doctors really attentive. I strongly recommend it!

Good evening,I am Marcello from Florence, I was a patient of this dental practice in July 2019 (for a bridge of 5 teeth), I want to express my satisfaction with the excellent work carried out.After 3 months, everything goes well.This dental practice is recommended for the professionalism, kindness and patience shown to me.Very affordable costs especially if compared to Italian costs.

I went to Dr. Răzvan Paraschiv for an endodontic retreatment. Everything was alright. He is a true professional and very hard to find a place to program. It was worth the wait.

Centro Italiano Di Implantologia, located in Calea Grivitei, Bucharest, Romania offers patients Braces procedures among its total of 45 available procedures, across 2 different specialties. Currently, there's no pricing information for Braces procedures at Centro Italiano Di Implantologia, as all prices are available on request only, whilst the national average price is approximately $565. There are many specialists available at the Hospital, with 6 in total, and they have multiple recognized accreditations, including: ISO Certification - International Organization for StandardizationBIOMET 3i Education ProgramMinisterul SanatatiiUNAS - Uniunea Nationala a Asociatiilor StomatologiceAMSPPR - Asociatia Medicilor Stomatologi cu Practica Privata din Romania

RoMedicaltravel, located in Calea Grivitei, Bucharest, Romania offers patients Braces procedures among its total of 44 available procedures, across 2 different specialties. Currently, there's no pricing information for Braces procedures at RoMedicaltravel, as all prices are available on request only, whilst the national average price is approximately $565. There is currently a lack of information available on the specialists practicing at the Hospital, and they are not accredited by any recognized accreditations institutes

Compare Before & After Photos of Braces

What you need to know about Braces in Romania

A dental brace is a device that is used to correct crooked or overcrowded teeth and gaps between the teeth. They can also be used to correct a misaligned jaw (also known as malocclusion). The goal of dental braces is the proper alignment of your teeth and jaws, which will improve the appearance of your teeth, as well as your overall oral health and the way you chew, bite, and speak. They work by exerting constant pressure over time to gradually move your teeth and jaw into alignment.

There are several types of braces, including:

Braces are usually used during adolescence. However, more and more people are getting them later on in life.

MyMediTravel currently lists 8 facilities in Romania offering Braces procedures - see above for the complete list, along with estimated prices. The price of a Braces can vary according to each individual’s case and will be determined based on photos and an in-person assessment with the specialist. For a personalized quote Click Here to submit your details

What does a Braces Procedure Involve?

The procedure is performed in three phases:

Initial placement of the braces

The placement of braces is typically not painful and no anesthesia is involved.

Your orthodontist will adjust your braces periodically by tightening or bending the wires. For clear aligners, you will be fitted for numerous versions of aligners that make a slight adjustment to move your teeth.

To prevent your teeth from shifting back to their original position, you will need to wear retainers for a period of time to stabilize them.

How Long Should I Stay in Romania for a Braces Procedure?

Placement of braces is an outpatient procedure, so you can leave the clinic or hospital on the same day. You may be able to leave Romania immediately after, but it is recommended that you stay for at least a week as you will experience some discomfort and you need to attend follow-up checkups.

What's the Recovery Time for Braces Procedures in Romania?

What sort of Aftercare is Required for Braces Procedures in Romania?

Your orthodontist will give you a set of instructions, including the food you should and should not eat, restrictions, how to care for your braces, and pain medications. You need to maintain good oral hygiene, during and after your treatment. Make sure to brush and floss your teeth gently to avoid damaging the brackets and wires. It is recommended that you brush after each meal. You should skip any chewy, sticky, and hard foods while you are wearing braces.

What's the Success Rate of Braces Procedures in Romania?

The success rate of braces depends on your age when treatment begins. In general, braces are very effective for people who use them. However, adults may need to wear them longer than a younger person would. Braces are very safe, but they do carry some risks. These risks are tooth decay, gum disease, shorter root length, and loss of correction.

Are there Alternatives to Braces Procedures in Romania?

If braces are not the ideal choice for you, you can choose the alternatives, including:

Before wearing braces, your teeth and/or jaw may be misaligned, or you may have overcrowded or crooked teeth. After your braces are removed, you will have straight teeth. Having straight teeth will improve your appearance, your health, as well as the way you speak, chew, and bite.

Braces in and around Romania