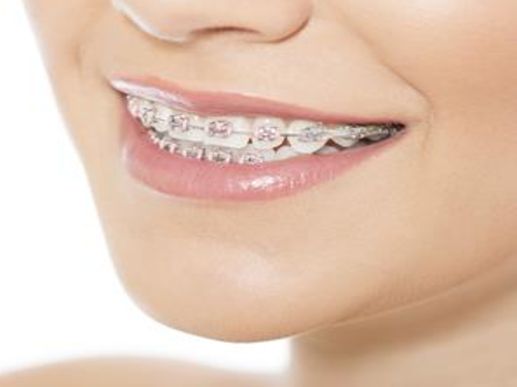 Find the best clinics for Braces in Thailand

With MyMediTravel you can browse 19 facilities offering Braces procedures in Thailand. The cheapest price available is $1,305, it's well worth the trip from United States!

Staff are welcoming and speak very good English. The dentists are comforting and clear with their explanations. I was curious about several things and they were able to explain very well. I came in without an appointment one day and they were able to see me within 5 minutes even though it was very busy. I especially love their pick up and drop off service.
$50,000
Braces
View details & Read reviews
Recommended
Bangkok, Thailand
Silom Dental Building
4.0
11 reviews

Compare Before and After Photos of Braces

What you need to know about Braces in Thailand

A dental brace is a device that is used to correct crooked or overcrowded teeth and gaps between the teeth. They can also be used to correct a misaligned jaw (also known as malocclusion). The goal of dental braces is the proper alignment of your teeth and jaws, which will improve the appearance of your teeth, as well as your overall oral health and the way you chew, bite, and speak. They work by exerting constant pressure over time to gradually move your teeth and jaw into alignment.

There are several types of braces, including:

Braces are usually used during adolescence. However, more and more people are getting them later on in life.

MyMediTravel currently lists 19 facilities in Thailand offering Braces procedures - see above for the complete list, along with estimated prices. The price of a Braces can vary according to each individual’s case and will be determined based on photos and an in-person assessment with the specialist. For a personalized quote Click Here to submit your details

The procedure is performed in three phases:

Initial placement of the braces

The placement of braces is typically not painful and no anesthesia is involved.

Your orthodontist will adjust your braces periodically by tightening or bending the wires. For clear aligners, you will be fitted for numerous versions of aligners that make a slight adjustment to move your teeth.

To prevent your teeth from shifting back to their original position, you will need to wear retainers for a period of time to stabilize them.

Placement of braces is an outpatient procedure, so you can leave the clinic or hospital on the same day. You may be able to leave Thailand immediately after, but it is recommended that you stay for at least a week as you will experience some discomfort and you need to attend follow-up checkups.

Your orthodontist will give you a set of instructions, including the food you should and should not eat, restrictions, how to care for your braces, and pain medications. You need to maintain good oral hygiene, during and after your treatment. Make sure to brush and floss your teeth gently to avoid damaging the brackets and wires. It is recommended that you brush after each meal. You should skip any chewy, sticky, and hard foods while you are wearing braces.

The success rate of braces depends on your age when treatment begins. In general, braces are very effective for people who use them. However, adults may need to wear them longer than a younger person would. Braces are very safe, but they do carry some risks. These risks are tooth decay, gum disease, shorter root length, and loss of correction.

Are there Alternatives to Braces?

If braces are not the ideal choice for you, you can choose the alternatives, including:

Before wearing braces, your teeth and/or jaw may be misaligned, or you may have overcrowded or crooked teeth. After your braces are removed, you will have straight teeth. Having straight teeth will improve your appearance, your health, as well as the way you speak, chew, and bite.

Chiang Mai, Thailand
We Recommend
Dental 4 You Clinic
On request

Braces in and around Thailand

Thailand welcomes hundreds of thousands of medical tourists each year, many of which travel for Braces procedures. Medical Tourists travel from all across the globe, particularly from the local SE Asia region, Australia, United States, Middle East and an increasing amount are traveling from China. An outstanding private healthcare system combined with a hot tropical climate and competitive prices means that Thailand is now the third most popular destination in the world for medical tourism. The most popular procedures tend to be cosmetic surgery (breast augmentations, gender reassignment surgery, and CoolSculpting to name a few), cardiac surgery, orthopedics, and urology.