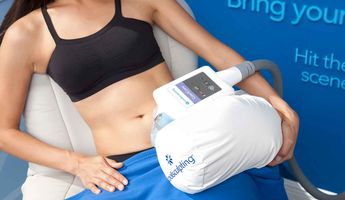 10 Before and After Photos

Find the best clinics for CoolSculpting in Chiang Mai

With MyMediTravel you can browse 1 facilities offering CoolSculpting procedures in Chiang Mai. The cheapest price available is $497 - what are you waiting for?

Incredible as always! Been to this clinic twice and each time I feel so welcomed and relaxed. Staff are friendly and professional. The doctor is completely honest about what you do and don't need. She gives the best advice and knows her stuff. I've always been happy with the results. The clinic was so clean and tidy to a high standard.

Compare Before & After Photos of CoolSculpting

What you need to know about CoolSculpting in Chiang Mai 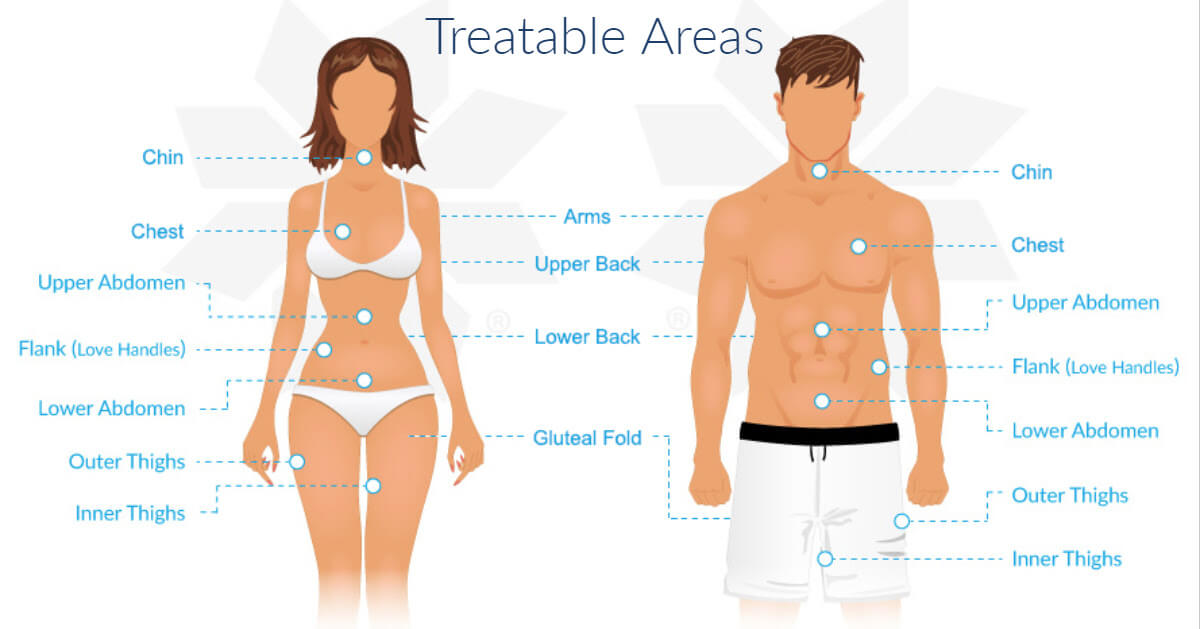 CoolSculpting is a treatment to eliminate body fat. It works by freezing the fat cells from certain areas of your body. It involves a special device that can cool fat cells down to +5 °C to -11 °C. The freezing temperature will kill fat cells permanently without damaging the overlying skin.

The purpose of CoolSculpting is to reshape the contours of the body and remove stubborn fat cells from certain areas. It is important to understand that this procedure is not a weight-loss treatment. You need to be within a certain range of your ideal weight (approximately 30lbs/13.6kg).

CoolSculpting targets areas of the body where it is more difficult to eliminate fat by diet and exercise, such as the abdomen, upper arms, neck (double chin), back, bra fat, sides, flanks, and underneath the buttocks (banana roll). However, since it is noninvasive – meaning it does not involve incisions or anesthetic – it carries less risk than many other fat reduction procedures, such as liposuction.

MyMediTravel currently lists 1 facilities in Chiang Mai offering CoolSculpting procedures - see above for the complete list, along with estimated prices. The price of a CoolSculpting can vary according to each individual’s case and will be determined based on photos and an in-person assessment with the specialist. For a personalized quote Click Here to submit your details

What does a CoolSculpting Procedure Involve?

To start the procedure, your doctor applies a clear gel pad to the targeted area where you want to remove excess fat. This gel pad is required to provide a barrier between your skin and the cooling applicator, preventing the freezing temperature from damaging your skin. Then, your doctor places a special, cooling device on top of the gel pad. The device will cool down the fat cells to a temperature at which it will be damaged irreversibly. Once your doctor finishes freezing the fat cells, the applicator is removed and your doctor performs a massage to break up the fat cells.

Some people reported that the procedure is pain-free, while others may experience a sucking sensation, as well as pinching and stinging sensation. In most cases, the freezing temperature will numb the targeted area so you will not feel anything.

How Long Should I Stay in Chiang Mai for a CoolSculpting Procedure?

CoolSculpting is an outpatient procedure, meaning you can leave the hospital or clinic right after your session ends. Since it does not involve any incision, stitches, or anesthesia, you can fly back home during the same day. You do not need to stay in Chiang Mai any longer than you want to. However, if you experience temporary soreness, bruising, and discomfort, your doctor will recommend you to fly back home the next day to give your body time to heal.

What's the Recovery Time for CoolSculpting Procedures in Chiang Mai?

What sort of Aftercare is Required for CoolSculpting Procedures in Chiang Mai?

While you will not have any long-term discomfort following CoolSculpting treatments, you may experience a few temporary discomforts, such as numbness, bruising, redness, soreness, and itching. All of these side effects usually subside and disappear on their own within a few days after treatment. To help you ease your discomfort, you should wear comfortable clothing, such as oversized shirts. You can also consider Spanx or other compression clothing. It is also important to keep moving by doing some light exercises to reduce inflammation. Massage therapy, deep breathing exercises, meditation, and guided imagery can also help relieve the discomfort.

If you experience pain, your doctor may suggest you take over-the-counter (OTC) pain medications. You can take acetaminophen (such as Tylenol) to reduce the pain, or a nonsteroidal anti-inflammatory drug (NSAID), such as ibuprofen, as well. Make sure to ask your doctor before taking any medications. Also, bear in mind that you must not take any pain medication before treatment as it can increase the side effects.

In order to keep the results of CoolSculpting for a long time and avoid fat returning, you need to make some dietary changes. Follow a healthy diet filled with vegetables, fresh fruits, and whole grains, and watch your intake of sugary, fried, and processed food. You must also exercise regularly, at least 30 to 60 minutes every day.

What's the Success Rate of CoolSculpting Procedures in Chiang Mai?

CoolSculpting is a safe procedure with a high success rate. Around 82% of people who had the treatment were satisfied with the result and would recommend it to a friend. According to a study, a single session of CoolSclupting can result in around 20% to 80% of fat reduction. While many people can achieve their desired result after just one session, others need to have more than one treatment to achieve their goals. It is also important to note that the result is not immediate. You will start to see the results four weeks following the procedure and achieve the most significant results in two months.

Although the procedure is generally safe, you still need to be aware of its risks, including temporary aching, cramping, stinging, bruising, redness, itching, and tingling sensation. In some rare cases, CoolSculpting may cause the formation of paradoxical adipose hyperplasia.

Are there Alternatives to CoolSculpting Procedures in Chiang Mai?

One of the most popular nonsurgical alternatives is Sculpsure. Unlike CoolSculpting, Sculpsure uses heat to destroy unwanted fat cells permanently. The procedure involves laser beams to melt away unwanted fat. While the temperatures increase, the fat cells will be reduced naturally by your body.

Another alternative is liposuction, which is one of the most popular plastic surgeries in the world. Liposuction uses a suction technique to eliminate unwanted areas from specific areas of your body.

Liposuction will leave scarring due to the surgical nature in which the cannula is inserted through openings in the skin, although these scars are very small in size and are often unnoticeable. Some form of local or general anesthetic is required and there will be a few week's recovery time, whereas, with CoolSculpting, recovery is near-instant as the body quietly expels the dead cells in the background. Liposuction can be considered more cost-effective if there are multiple sites to treat, as CoolSculpting is priced per site and a patient may need 1-3 sessions per site, depending on the amount of fat.

CoolSculpting in and around Chiang Mai

Chiang Mai is the fourth largest city in Thailand and is situated in the Northern part of the country. Chiang Mai is a land of misty mountains, hillside tribal villages and lush green landscape. Chiang Mai is not only an amazing holiday location but is also one of the most reliable and affordable destinations for medical tourism. Surprisingly, medical costs are cheaper here than in Bangkok and the facilities are up to date and for 3000 baht (approximately $100), you can have a complete health check-up.

Chiang Mai welcomes thousands of medical tourists every year from around the world. The world-class hospitals of Chiang Mai have exclusive International departments to cater to the needs of the medical tourists. The hospitality is excellent and the doctors and hospital staff speak good English. The hospitals in Chiang Mai provide all sorts of treatments such as cosmetic surgery (breast augmentation, liposuction, cool sculpting), cardiac surgery and so on. Attractive medical packages are also available which include treatment and accommodation. Chiang Mai Ram International is the most popular hospital and is well known for their exceptional services. Also, the city has several post-treatment spas, resorts, massage and healing centers which have made it an ideal spot to recuperate.

The metropolitan area of Chiang Mai is home to over 1 million residents. Listed below are the popular areas of this amazing city. Each area has its own charm and offers something to the visitors.

Weather and climate in Chiang Mai

Located at an elevation of 316 meters, Chiang Mai enjoys a cooler and pleasant climate. As it experiences a typical tropical climate, winter, and spring seasons are not applicable. Instead, Hot, Cool and Rainy seasons are distinct in Chiang Mai.

Getting around in Chiang Mai

Chiang Mai International Airport is the fourth busiest airport in the country. The domestic and the International flights operating from here connects Chiang Mai to Bangkok, Beijing, Doha, Ho Chi Minh and to several other popular cities.

Although the city is quite big and metropolitan, public transportation is not well-organized. Thankfully, you do have several other modes of transport facilities to help you to explore this incredible city which is as follows.

Thailand welcomes tourists from all over the world. People who have a US, UK, Australia, German and Singaporean passports don’t need a visa while entering the territory of Thailand and they can stay up to 30 days, visa-free. Holders of Indian and Chinese passports, who intend to stay in Thailand for not more than 15 days, require applying for a visa on arrival. If the applicant wants to stay for more than 15 days, he/she should avail of other visa types like transit and non-immigrant visas.