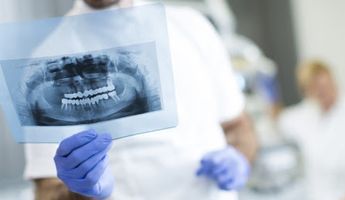 Find the best clinics for Dental X-Rays in Indonesia

With MyMediTravel you can browse 9 facilities offering Dental X-Rays procedures in Indonesia. The cheapest price available is $106 - what are you waiting for?

the place is large, comfortable to wait for a long time, my consultant, Ms. Wulan, is kind and friendly, listening to the tone of her speech 😁. Thank you so much mba wulan for ur kind, oh yes the puri doctor is friendly too! don't rush in when I want a consul and it's good. can't wait for next week for action at the poise 🥰

Fantastic friendly staff. Never experienced the normal anxiety that I feel when visiting dentist. Plus no pain at all.5 stars

The service is friendly, doctors and assistants are good and friendly. His work is good and neat. young doctor temperature children renowned photographers. 🙏 Thank you elite dental and aesthetic clinic.

One of the best clinic in Kuta. Offered dental and aesthetic services

From admitted to discharge was great. Front office staff, nurses, doctors all had wonderful and caring attitudes. Facility is beautiful and clean, I had nothing to complaint about

Global Doctor Dental Clinic - Mega Kuningan, located in Kepulauan Seribu, Jakarta, Indonesia offers patients Dental X-Rays procedures among its total of 56 available procedures, across 10 different specialties. Currently, there's no pricing information for Dental X-Rays procedures at Global Doctor Dental Clinic - Mega Kuningan, as all prices are available on request only, whilst the national average price is approximately $106. There are many specialists available at the Dental, with 9 in total, and they are not accredited by any recognized accreditations institutes

What you need to know about Dental X-Rays in Indonesia

Dental X-Rays is a non-invasive dental procedure that can be carried out at short notice by any trained dentist. This type of Dentistry procedure / treatment is very affordable the world over, and particularly in Indonesia - this is mostly because the skill set, experience and equipment required by the specialist doesn't need to be especially advanced. For Dental X-Rays, photos are required for the specialist to review prior to treatment.

Recovery is fast, with just minor discomfort to be expected, which may take a day or two to completely go away, but generally, you can expect to get on with your day immediately after Dental X-Rays. Forms of aftercare may include avoiding eating a few hours after and avoid consuming drinks that may stain your teeth like coffee or red wine.

Unless you opt for more dental procedures after, you are free to leave Indonesia right away. Considering the high success rate of this dental treatment, complications are rare and when they do occur it's mostly just prolonged soreness and swelling of the gum and surrounding area or increased sensitivity on the teeth. If this continues or the pain becomes too much, you can go back to the dentist who may prescribe additional painkillers and meds to help combat the pain.

Dental X-Rays in and around Indonesia

Indonesia is a country in Southeast Asia, located between the Indian and Pacific oceans. It is the 4th most populous country in the world with over 260 million inhabitants. The country consists of more than 17.000 islands, which makes it the largest island country in the world. It is packed with beaches, volcanoes, tropical jungles, exotic animals, and culture. This wonderful country invites any adventurous traveler to explore its dramatic landscape. Today, Indonesia is also a potential medical tourism destination. Although it is not as popular as its neighboring countries such as Malaysia, Singapore, and Thailand in terms of medical tourism, the country actually houses numerous excellent medical centers. Many of the medical practitioners are well-trained and can communicate in English. The medical centers are equipped with cutting-edge technology and offer a wide range of affordable treatments. Some of the most sought-after treatments are blepharoplasty, liposuction, and breast augmentation.

From busy metropolises, sparkling beaches, to tropical rainforest, tourists will be able to find anything they want here.

Weather and Climate in Indonesia

Indonesia experiences an entirely tropical climate. The average temperatures can vary based on the area. Coastal areas have an average temperature of 28 °C, the inland and mountain areas have an average of 26 °C, and the higher mountain areas have an average of 23 °C. There are two seasons in the country, but the seasons can start differently in each region. Generally, June to October is the dry season and November to March is the rainy season. The dry season is influenced by the Australian continental air masses and has a slightly cooler temperature than the rainy season. Tourists can expect mostly sunny days, but there will be some short rain showers. The rainy season can be very humid, wet, and has a significant amount of rain.

Getting Around in Indonesia

Indonesia is well-connected by airports in almost every region. However, the largest airports are Soekarno-Hatta International Airport in Jakarta and Ngurah Rai International Airport in Bali. Both airports serve domestic and international flights to major cities around the globe. There are budget airlines in almost every airport, including Air Asia, Citilink, and Wings Air. Domestic flights can be rather expensive but will make traveling around the cities a lot easier.

Getting around the island of Java and Sumatra can easily be done by trains operated by PT. KAI. There are 5 classes of trains: economy, business, executive, priority, and sleeper. The economy class can be a little uncomfortable and crowded, but tourists can get around several cities for as low as $4. Since the country is an archipelago, tourists can also travel from one island to another by ferry boats (long-distance) and speed boats (short distance such as Bali to Lombok).

Most of the cities will have their own mode of transports. The most common mode of transport is taxis and buses. Taxis are normally metered, but some drivers refuse to use the meter and force tourists to pay a fixed fare. Tourists should avoid riding these kinds of taxis and always insist on using the meter. The most reliable taxi companies are Blue Bird and Express. Bigger cities like Jakarta have MRT, LRT, and KRL (local trains).

Citizens of 170 jurisdictions can visit and stay in Indonesia for up to 30 days. Visa on arrival is available for 68 countries including Japan, the United Kingdom, and the United States. Nationals not listed in the visa exception agreement and visa on arrival need to obtain a visa before entering the country. It is advisable to check at your nearest Indonesia Embassy or Consulate for the visa policy. All visitors will need to have a passport valid for at least 6 months and a valid return ticket.