Find the best clinics for Diagnostic Imaging in Cambodia

MyMediTravel currently lists 1 facilities offering a total of 3 Diagnostic Imaging procedures and treatments in Cambodia. For more information or to schedule your appointment, click the Enquire Now button and we’ll match you with the best and most affordable clinics in in Cambodia. And don't forget, our service is completely FREE!

Urology department, located in Tuol Kouk, Phnom Penh, Cambodia offers patients MRI Scan (Magnetic Resonance Imaging) procedures among its total of 68 available procedures, across 10 different specialties. The cost of a MRI Scan (Magnetic Resonance Imaging) procedure ranges from $385 to $385, whilst the national average price is approximately $385. All procedures and treatments are undertaken by just a small team of specialists, with 3 in total at the Hospital, and they are accredited by JCI Accredited

Diagnostic imaging, also known as medical imaging, describes a variety of techniques to look inside the body to diagnose the cause of an injury or illness, as well as to find any signs of a health condition. It is also used to see how well your body responds to treatment for an illness or fracture.

Many diagnostic imaging tests are noninvasive and painless. Some tests use a small amount of radiation exposure. Some require you to remain still inside a machine for a long time, which may cause little discomfort.

Other diagnostic tests involve the insertion of a small camera attached to a thin, long tube (often referred to as a “scope”) into your body. These types of diagnostic tests are invasive and require anesthesia.

Some of the most common types of diagnostic imaging tests are as follows:

How Long Should I Stay in Cambodia?

You can usually leave the hospital straight away after diagnostic imaging tests. However, it is advisable that you stay in Cambodia for 5 to 7 days to wait for the results. Once the results are ready, you will have to attend a follow-up appointment where your doctor explains the results and discuss the treatment plan, if needed.

Most diagnostic tests, such as ultrasound and CT scan, do not require any recovery time. However, you may need to take one or two days off work and avoid strenuous activities for several days after some types of diagnostic biopsy, endoscopy, laparoscopy, and colposcopy.

There is usually no special aftercare or restrictions after diagnostic imaging tests. You may be advised to drink plenty of water immediately after, especially if contrast was used. If the procedure is invasive, your doctor will give you detailed instructions on how to care for the wounds.

There are no alternatives to diagnostic imaging. It is vital for the diagnosis of medical conditions, allowing your doctor to decide the best treatment or management plan. 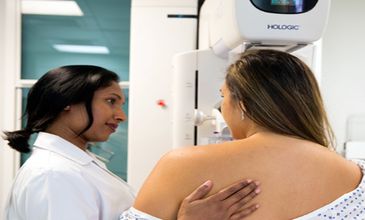 Diagnostic Imaging in and around Cambodia