Find the best clinics for Diagnostic Imaging in Jordan MyMediTravel currently lists 3 facilities offering a total of 31 Diagnostic Imaging procedures and treatments in Jordan. For more information or to schedule your appointment, click the Enquire Now button and we’ll match you with the best and most affordable clinics in in Jordan. And don't forget, our service is completely FREE!

I was on a holiday with family. And my kid follow sick “maybe because we were exposed to huge amount of cigarettes and smokers which we are not used to” Late night my option were limited. I was looking for nearby 24hr Emergency room. Jordan Hospital was the answer by google map. The registration was easy and smooth. And the fees was humble and easy. There was only 1 patient in front of us. So it was a quick visit. We also bought medicine from the hospital itself with reasonable prices. I was not sure if they do accept international insurance!
Price on request
Diagnostic Imaging
View details & Read reviews
Amman, Jordan
Istishari Hospital
4.6
5 reviews

Modern , clean hospital with friendly professional staff, one suggestion I hope hospital management will take care of , the hospital visitors from direct relatives of the patients who stay all the day in the hospital can not find a meal in the hospital cafeteria located in the ground floor , even when ordering food delivery, there is is no room for visitors to take there food , most of hospitals abroad have a Cafeteria catering The visitors and Staff , the existing one have only soft and hot drinks with some dry sandwiches but not a meal , one more area need to be improved is the integration of hospital systems as accounts , admission , medical , etc , other than that it is a great modern hospital .
Price on request
Diagnostic Imaging
View details & Read reviews
Amman, Jordan
Jordan University Hospital
Jordan University Hospital is located in Queen Rania St, Amman, Jordan, 8.5 Km away from the City and it performs 305 procedures across 28 specialties.
Price on request
Diagnostic Imaging
View details & Read reviews 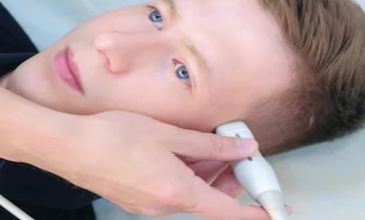 Diagnostic Imaging in and around Jordan

Jordan welcomes an ever-increasing number of medical tourists each year, many of which travel for Diagnostic Imaging procedures. The physicians and surgeons are generally proficient in English with some making efforts toward becoming affiliated with top US medical institutions such as the Cleveland Clinic and the famous Johns Hopkins. The country currently has 9 JCI accredited hospitals and cancer centers.