Find the best clinics for Ear, Nose and Throat (ENT) in Egypt

Doctors, Surgeons and Clinics in Egypt, specialized in Ear, Nose and Throat (ENT)

What you need to know about Ear, Nose and Throat (ENT) in Egypt

View all Ear, Nose and Throat (ENT) clinics in and around Egypt

All clinics offering Ear, Nose and Throat (ENT) in Egypt

Find and compare the best clinics for Ear, Nose and Throat (ENT) in Egypt

Are you a clinic in Egypt? 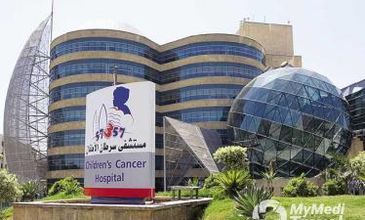 View all clinics and hospitals in Egypt on MyMediTravel

Ear, Nose and Throat (ENT) in and around Egypt

Egypt has some incredible beaches, wildlife, cuisine and weather and no doubt that Ancient Egypt has long been considered one of the most important and interesting civilizations in history. From the Great Pyramids of Giza to the Valley of the Kings, take a step back in time and learn about incredible ancient civilizations, cruise down the River Nile and get lost in a maze of markets. Spend time exploring some of the most famous temples, marvel at the mighty Sphinx and discover the traditional Nubian culture.

The great thing about combining a holiday with cosmetic surgery in Egypt is that both can be achieved for the price it would cost for just the surgery in most developed countries. Many clinics are based in the capital, Cairo but you will also find private hospitals in Heliopolis, Zamalek, Maadi, and Gizeh, 11 of which are JCI-accredited. Medical tourists mostly travel from other Arabic speaking countries and from across Africa, with Ear, Nose and Throat (ENT) procedures being especially popular.

Today, more than 95 million people live in Egypt, making the country the most populous country in North Africa and the third-most populous in Africa. With magnificent landmarks, the massive Nile, and enthralling desert, Egypt invites everyone who wants to experience the spectacular ancient world.

Weather and Climate in Egypt

Egypt experiences a hot desert climate and it is usually exceptionally dry all over the country except on the northern Mediterranean coast, which are the wettest areas of the country. During the Summer, the average temperature is around 35 °C but can exceed 40 °C and intensified by high humidity. Winter in Egypt means pleasant weather, but it is also crowded and more expensive. Some cities, such as Alexandria will experience occasional rain and will be quite damp. The Winter is also the windy season and the average daytime temperature is around 20 °C and will drop at night to 10 °C.

Getting Around in Egypt

Egypt has a dependable and efficient public transport network and tourists can travel by rail which covers a limited network of routes. Trains travel is the best option for long distance travel and there are air-conditioned trains that offer a more comfortable option. But if you are looking for a cheaper alternative, non-air-conditioned economy class is also available. For an inexpensive and fast journey, tourists can opt for buses. Long-distance buses connect the country’s major cities and the tickets can be booked at the Cairo Gateway bus terminal.

Taxis and Uber are available in most cities, providing easier travel for tourists. In Cairo, the taxis are painted white and black. In Alexandria, the taxis are painted orange and black. The taxis are generally metered but there are also taxis that will refuse to use the meters. Tourist should insist on using the meter or agree on a fare before getting into one. Long-distance group taxis are also available and are relatively cheap and be sure to agree on the fares and bargain if necessary.

Every visitor who wishes to enter Egypt must obtain a visa with the exception of visa exemption citizens such as Bahrain, Hong Kong, and Saudi Arabia. A Visa on arrival is also available for several nationals including Australia, Japan, Russia, and all European Union citizens. The country provides an electronic visa for citizens of 46 countries. Other nationals not listed in the visa exemption agreement, visa on arrival, and electronic visa must apply for a visa to the nearest Egypt embassy or consulate.