Find the best clinics for Ear, Nose and Throat (ENT) in Philippines

MyMediTravel currently lists 16 facilities offering a total of 172 Ear, Nose and Throat (ENT) procedures and treatments in Philippines. For more information or to schedule your appointment, click the Enquire Now button and we’ll match you with the best and most affordable clinics in in Philippines. And don't forget, our service is completely FREE!

Dr Ruth Estimar - Ear Nose and Throat- Head and Neck Surgery, located in Puerto Princesa, Palawan, Philippines offers patients Thyroidectomy procedures among its total of 1 available procedures, across 1 different specialties. The cost of a Thyroidectomy procedure ranges from $3,500 to $4,500, whilst the national average price is approximately $2,250. All procedures and treatments are undertaken by just a small team of specialists, with 2 in total at the Hospital, and they are not accredited by any recognized accreditations institutes

Gerochi Dental and Implant Center, located in Makati, Metro Manila, Philippines offers patients Pediatric Tongue-Tie Surgery procedures among its total of 14 available procedures, across 4 different specialties. The cost of a Pediatric Tongue-Tie Surgery procedure ranges from ₱4,000 to ₱4,000, whilst the national average price is approximately ₱4,000. There are many specialists available at the Dental, with 4 in total, and they have multiple recognized accreditations, including: ICOI - International Congress of Oral ImplantologistsPCS - Philippine College of SurgeonsPDA - Philippine Dental AssociationPAED - Philippine Academy of Esthetic Dentistry

Dr Ivy Tangco Ears Nose Throat Facial Plastic surgery, located in Baguio, Benguet, Philippines offers patients Ear, Nose and Throat Consultation procedures among its total of 13 available procedures, across 3 different specialties. The cost of a Ear, Nose and Throat Consultation procedure ranges from ₱506 to ₱759, whilst the national average price is approximately ₱506. There are many specialists available at the Clinic, with 4 in total, and they are not accredited by any recognized accreditations institutes

Silang Eye and ENT Center, located in Silang, Cavite, Philippines offers patients Voice Restoration Surgery procedures among its total of 104 available procedures, across 2 different specialties. Currently, there's no pricing information for Voice Restoration Surgery procedures at Silang Eye and ENT Center, as all prices are available on request only. All procedures and treatments are undertaken by the lead specialist at the Hospital, and they are not accredited by any recognized accreditations institutes

ENT Specialists and Hearing Center, located in Makati, Metro Manila, Philippines offers patients Voice Restoration Surgery procedures among its total of 43 available procedures, across 1 different specialties. Currently, there's no pricing information for Voice Restoration Surgery procedures at ENT Specialists and Hearing Center, as all prices are available on request only. There are many specialists available at the Hospital, with 6 in total, and they are not accredited by any recognized accreditations institutes

St. Luke's Medical Center, located in Makati, Metro Manila, Philippines offers patients Tympanoplasty procedures among its total of 313 available procedures, across 30 different specialties. Currently, there's no pricing information for Tympanoplasty procedures at St. Luke's Medical Center, as all prices are available on request only, whilst the national average price is approximately ฿29,226. There is currently a lack of information available on the specialists practicing at the Clinic, and they have multiple recognized accreditations, including: JCI AccreditedTEMOS

Ear, nose, and throat, ENT for short or Otolaryngology, is a medical specialty that focuses on the care and treatment of the ears, nose, and throat. Physicians who specialized in ENT are called otolaryngologists or ENT doctors and are qualified and trained in both the medical and surgical management of the following conditions:

The procedures that ENT doctors perform include, but are not limited to:

How Long Should I Stay in Philippines?

Your length of stay depends on your condition and the type of treatment you underwent. For surgical procedures, you may need to stay in the hospital for a few days or you can leave the hospital immediately. However, it is advisable that you stay in Philippines for at least 2 weeks or until your ENT doctor says it is safe to travel home. This is because the change in the aircraft’s cabin pressure can cause problems with the surgical site. During your stay, you also need to attend a follow-up appointment where your doctor will remove the stitches (if necessary) and monitor your healing progress.

Your ENT doctor will give you a specific recovery timeline, including when you can resume your normal activity and return to work. In general, you need to avoid all activities that may increase blood pressure in your head area for at least 3 weeks. You also need to avoid strenuous activity for at least two weeks.

Your ENT doctor will give you instructions on how to protect the health of your ear, nose, and throat, as well as how to prevent your disease from reoccurring or complications. Make sure to follow all the instructions closely. Depending on your specific condition, you may be required to attend regular checkups. In most cases, you have the choice to have regular checkups with your local doctor at home or with your ENT doctor in Philippines.

In most cases, there is no alternative to ENT when you have problems with your ear, nose, and throat. However, depending on your condition, your ENT doctor may work with or refer you to a relevant specialist. 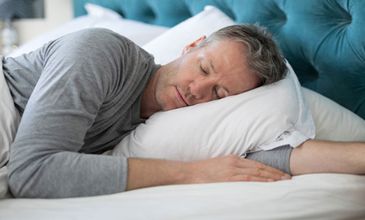 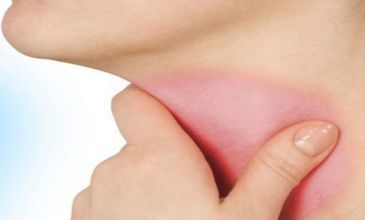 Ear, Nose and Throat (ENT) in and around Philippines