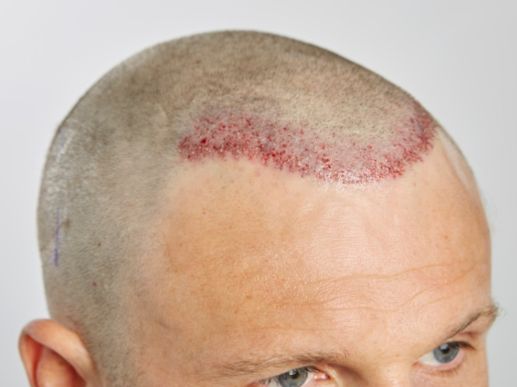 Find the best clinics for Hair Transplant in Tunisia

With MyMediTravel you can browse 2 facilities offering Hair Transplant procedures in Tunisia. The cheapest price available is $3,752, it's well worth the trip from United States!

Doctors, Surgeons and Clinics in Tunisia, specialized in Hair Transplant

Hello I follow sick dalger Algeria I ask you a preforma for an opairation on the colon .Thank you
Price on request
Hair Transplant
View details & Read reviews
Mahdia, Tunisia
Polyclinique L'Excellence
Polyclinique L'Excellence is offering Hair Transplant procedures and the prices range between $115,000 and $134,400. The medical center is located in Avenue Taieb Mhiri, Mahdia and performs 176 procedures across 22 specialties. It is 1.2 Km away from the City and was established in 2014 Jan. Feel free to request a free quote and our team will compare the prices and costs for Hair Transplant in Tunisia and create a shortlist of the most suitable clinics.
$115,000
Hair Transplant
View details & Read reviews
×

Compare Before & After Photos of Hair Transplant

What you need to know about Hair Transplant in Tunisia

Also known as Hair Restoration or Hair Transplantation - the surgical process of moving hair follicles from one part of the body, rich in hair (known as a donor site) and embedding them at the recipient site (the bald area).

It is a minimally invasive procedure, performed under local anesthetic and is most commonly used to treat male baldness, but the technique can also be used to restore eyelashes, eyebrows, beard hair and to fill in scars. The procedure usually lasts between 4 to 8 hours, depending on the number of grafts.

While there are many causes of hair loss, the most common reason, especially for men, is genetics. Hereditary hair loss as men age is the number one leading factor of baldness.

MyMediTravel currently lists 2 facilities in Tunisia offering Hair Transplant procedures - see above for the complete list, along with estimated prices. The price of a Hair Transplant can vary according to each individual’s case and will be determined based on photos and an in-person assessment with the specialist. For a personalized quote Click Here to submit your details

We lose an average of 100 hairs a day, however, these hairs are immediately replaced by new hairs growing at the same time. Hair loss can occur suddenly or gradually and it may affect your scalp or your entire body, depending on what’s causing it. Other causes of hair loss may include:

Sudden hair loss may also be a sign of a specific medical condition that will require treatment. You will need to consult your doctor if you experience more than your usual hair loss whenever you are combing or washing your hair and also if you encounter a sudden patchy loss of hair.

A hair transplant is a common treatment performed on people who are experiencing baldness due to aging and heredity factors. However, if you are completely bald with absolutely no hair left, then this type of treatment may not be applicable for you, as you won't have sufficient donor hair to supply.

The hair transplant procedure involves taking hair from your Donor Site and transferring it to the area(s) lacking in hair, the Recipient Site, and a local anesthetic will be applied before the procedure begins to limit any discomfort.

There are two main methods used in a hair transplant procedure:

Procedures are undertaken by a fully qualified technician and usually involve the extraction of around 3,000 grafts, going up to 4,000. Any more, and it will likely require two separate sittings to complete.

How Long Should I Stay in Tunisia?

Both methods used for Hair Transplant treatments usually take 4-8 hours to complete and you will be able to go back to your hotel immediately after. With FUE technique, there are no stitches or staples to be removed, so you won't need to stay in Tunisia for long after the procedure, just allow a day or two to be sure before traveling home. You should expect to pay the clinic another visit the day after the treatment so the doctor can remove the bandage, examine the areas of intake and transplantation of follicles, before washing your hair using a special technique that you will learn to perform by yourself. Finally, the doctor will provide you with a special shampoo that will help to restore the skin.

Your scalp will continue to be sensitive to pain for a few days, during which time you should continue to take the medications provided by the doctor. On top of the pain killers and anti-inflammatory meds, you may also be given antibiotics to lessen the risk of infection, as uncommon as this may be.

You should expect to return to work and your daily routine, including exercise, after 5 days. However, the signs of a hair transplant will remain for at least another 2-3 weeks, at which point the newly transplanted hairs will start to fall out - but don't be alarmed! This is to be expected as you've just had a follicle extraction, so dead hair will simply make way for new hair over the coming weeks and months.

If the average person's hair only grows at a centimeter per month, then it will take some time before you can wear your hair long again. You could expect to display short and consistent hair just 4-6 weeks after the treatment.

After the procedure is complete, anti-swelling medication and painkillers will be available and you'll be provided with various essentials to see you through the days immediately following. Post-op items may include; specialist shampoo, lotion, multivitamins, a special hat, a headband, neck pillow, and wound dressing.

Having already been provided with your post-op aftercare products, you may also be offered Platelet Rich Plasma (PRP) Therapy to help stimulate the hair follicles and encourage hair growth. This is where a small amount of blood is taken, rich in plasma, which is then injected into the Recipient Site.

The success rate for hair transplants is one of the highest, at 98% and is considered the only truly effective remedy for hair loss. Scarring is the most common side effect but is only applicable to FUT. Other potential risks and side effects could include infections, temporary loss of sensation around the surgical sites, inflammation of hair follicles (folliculitis), temporary scalp pain, itching, and swelling.

Are there Alternatives to a Hair Transplant?

Laser therapy is one alternative to a hair transplant - a low-level laser device will be used as a treatment for a hair loss specifically caused by genetics. This low-level laser with a wavelength of 650 nanometres can actually stimulate your hair growth. However, long term effects for this type of alternative still remains uncertain.

PRP Therapy is another alternative to Hair Transplant. This type of treatment will make use of your own blood to promote hair growth. Your blood will be spun in a centrifuge to separate your blood’s plasma component from your red and white blood cells. Plasma contains many growth factors that promote hair growth when injected into the scalp.

Other non-surgical alternatives could include simply shaving all your hair off, trying other hairstyles or using a wig or hairpiece.

How do FUT and FUE Compare?

1. FUT, also referred to as FUSS (Follicular Unit Strip Surgery), involves the removal of a strip of skin from the back of the head containing lots of hair follicles, which is stitched up and hidden by the surrounding hair. Then the strip of follicles is divided into 500-2,000 tiny grafts containing just a few hairs. These are then embedded across the bald area of the head.

2. FUE does not require a strip of skin to be removed, instead, the hair follicles are individually removed from the donor site and positioned across the bald area in tiny slits created by a scalpel or needle.

Hair Transplant in and around Tunisia

Tunisia is one of the few countries which can cater to everyone and it manages to combine climate, golden beaches, history and shopping for an “all-around” experience. It has a high standard of healthcare and an excellent reputation for cosmetic surgery. Cosmetic and plastic surgeons are regulated by the Tunisian Ministry of Health and the private clinics have state-of-the-art equipment and English-speaking staff. Tunisia welcomes an ever-increasing number of medical tourists each year, many of whom travel for Hair Transplant procedures. Medical Tourists travel from all across the globe, particularly from Europe and neighboring African countries with an inferior healthcare system. Popular medical tourism destinations outside of the capital, Tunis, include Sousse and Mahdia

The weather is relatively comfortable throughout the year. Summer starts from June and lasts to August. The average temperature is between 28 °C to 32 °C with July and August being the hottest months. The heat is easier in the coast because of the seaside breeze. Be aware that July to September is jellyfish season.

Taxis and buses are available to get to the city center form Tunis Airport. The SNT bus line departs every 30 minutes from the airport, the ticket costs less than 1 TND. There is also the TUT bus which departs every 15 minutes and is more luxurious and expensive.

Getting around in Tunisia can be done by several transportation modes. TunisAir Express provides domestic flights between Tunis, Tozeur, Djerba, and Gabes. The Train is also available and the national train company in the country is SNCFT that runs modern and comfortable trains from Tunis to Sousse, Sfax, and Monastir. There are three classes of service that tourists can choose. The fare from Tunis to Sousse is between 6 to 10 TND. Long distance bus is an economical option to travel between big cities such as Tunis, Hammamet, and Nabeul. The buses usually depart every 30 minutes.