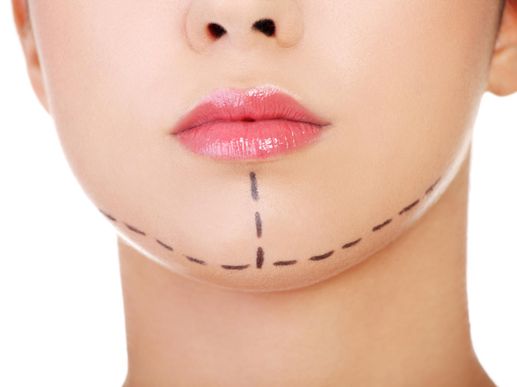 No pricing info available in Brazil

No clinics available in Brazil

Find the best clinics for Mentoplasty in Brazil

With MyMediTravel you can search hundreds of procedures across thousands of clinics worldwide, however, we currently have no medical providers available offering Mentoplasty procedures in Brazil.

What you need to know about Mentoplasty in Brazil Mentoplasty also referred to as chin surgery, is a surgical procedure that reshapes the chin by reduction surgery of the bone or enhancement with an implant. It is a plastic surgery done to improve the proportions of someone’s face or to correct malformations of the chin that results from developmental abnormalities. It may also be performed as part of gender reassignment surgery, craniofacial reconstruction, or orthognathic surgery.

There are two categories of mentoplasty: chin augmentation and reduction. Chin augmentation is the more common procedure, which involves inserting an implant under the skin of the chin or carrying out a sliding genioplasty. With chin reduction, the overly large or protruding chin is corrected by removing excess bone from the chin with a burr. Both of these categories are performed under general anesthetic.

How Long Should I Stay in Brazil?

Mentoplasty can be performed as an outpatient procedure, but you should plan to stay in Brazil for a minimum of 7 days or until your surgeon says it is okay for you to go home. During your stay, you will have to rest as much as possible for the initial recovery and to attend follow-up checkups.

Most people can resume work and light activities in 1 week, but you should avoid any strenuous activities, including vigorous physical exercises for about two weeks.

MyMediTravel currently lists 0 facilities in Brazil offering Mentoplasty procedures - see above for the complete list, along with estimated prices. The price of a Mentoplasty can vary according to each individual’s case and will be determined based on your medical profile and an in-person assessment with the specialist. For a personalized quoteClick Here to submit your details

During your recovery period, make sure you eat a soft or liquid diet, keep your head raised when in bed, and rinse your mouth with a solution of hydrogen peroxide. It is advisable to avoid sleeping face down and touching your face too much.

Most patients who have had this procedure said they were very satisfied with the results. The complication rate is about 5%. The side effects and risks associated with this procedure involve deformity of the chin, erosion of the bone beneath the implant, under or overcorrection of the defect, damage to the roots of the teeth, hematoma, and infection.

Are there Alternatives to Mentoplasty?

Surgery is not for everyone and if you are not an ideal candidate for mentoplasty, you can undergo fat injections or facial liposuction.

Before the surgery, you may have chin deformity that causes discomfort or make you feel unconfident. After the surgery, any facial asymmetry will be corrected and your self-esteem may be enhanced. Also, the function of your jaw will improve.

Recommended Medical Centers in Brazil for procedures similar to Mentoplasty

Mentoplasty in and around Brazil

Brazil is South America’s largest country and has a population of over 209 million people and is famous for its football (soccer) and carnival traditions. Steeped in natural beauty, with the Iguacu Falls and Amazon Rainforest and famed for its 98-foot tall statue of Christ the Redeemer. Brazil offers more than 60 JCI-accredited facilities and is one of the leading destinations in the world for cosmetic surgery, with Mentoplasty procedures being especially popular. Doctors are often Western-trained and speak English on top of Portuguese and Spanish. Local accreditations include the Consortium of Brazilian Accreditation and the Brazilian Hospital Medical Quality Organization (ONA). Popular locations within Brazil include the capital Brasilia, Rio de Janeiro, Sao Paulo, and Curitiba.