MyMediTravel currently lists 13 facilities offering a total of 189 Plastic and Cosmetic Surgery procedures and treatments in Dominican Republic. For more information or to schedule your appointment, click the Enquire Now button and we’ll match you with the best and most affordable clinics in in Dominican Republic. And don't forget, our service is completely FREE!

Excellent attention very profecional since, the doctor and his employees take all the precautions that suit the patient before during and after the procedures to be done I am very satisfied with my results since everything looks natural and aesthetically good. I recommend this center and Dr. Estevez for any aesthetic procedure, or plastic surgery since he is really qualified to make possible the aesthetic dream of any person.

I had an excellent experience with this doctor. The clinic is extremely clean, organized, well- equipped and managed professionally. His staff is also very professional and helpful. (Specially Arianna and Nishmah 😊) And lastly I will say , for me Gustavo Almanzar is the best, I‘ve been following his work for a very long time and finally made the decision to get a breast reduction with him. He is truly talented. He exceeded my expectations when it comes to the results and the scar (which I was very afraid because my skin makes keloids). I was also concerned because of a few negative reviews that I saw, but I will definitely recommend him to anybody who is looking get A1 service and results! Bendiciones doctor❤️

Really excellent, all the pre-operative care so that I was in conditions for surgery, wonderful care, always very attentive, very satisfied with the results I did two procedures and both were excellent, ethics, professionalism and dedication, I recommend it 100%

Nariz Perfilada, located in Calle Guayubin Olivo, Santo Domingo, Dominican Republic offers patients Nose Surgery procedures among its total of 2 available procedures, across 1 different specialties. Currently, there's no pricing information for Nose Surgery procedures at Nariz Perfilada, as all prices are available on request only, whilst the national average price is approximately $3,390. All procedures and treatments are undertaken by the lead specialist at the Hospital, and they are not accredited by any recognized accreditations institutes

❤️I couldn't have put myself in better hands !! 😬😌 My experience with Dra. Tania Medina was simply SPECTACULAR! Super professional, honest and loving with her patients !! She and her team do an extraordinary job, super organized and totally professional! What made me choose it was the security and honesty with which it is handled. ❤️🧡💛💚💙💜🖤🤍🤎 I have 1 month and 11 days since my surgery and I feel like a super Barbie! Definitely the results are seen immediately even with the inflammation! Eternally grateful to you and your great team! 🤩🤩God bless me greatly and bless your wonderful hands even more 👐🏻! I adore them with my soul! ❣️ Dra. Tania❤️ Mariel🧡Dra. Vanessa💛Annie💚Nicole💙TheTransport guys💜Specialists🤍 Each and every one of you ... THANK YOU FOR SO MUCH! 😬🌷😬

Excellent clarified all my doubts and the very personalized treatment Thanks to Ms. Denisse.

Dr. Felix Ramon Escano Gil, located in Calle Guayubin Olivo, Santo Domingo, Dominican Republic offers patients Labiaplasty procedures among its total of 3 available procedures, across 2 different specialties. Currently, there's no pricing information for Labiaplasty procedures at Dr. Felix Ramon Escano Gil, as all prices are available on request only, whilst the national average price is approximately $1,024. All procedures and treatments are undertaken by the lead specialist at the Hospital, and they are not accredited by any recognized accreditations institutes

Dr. Ruben Carrasco, M.D, located in Calle Guayubin Olivo, Santo Domingo, Dominican Republic offers patients Buttock Liposuction procedures among its total of 18 available procedures, across 1 different specialties. Currently, there's no pricing information for Buttock Liposuction procedures at Dr. Ruben Carrasco, M.D, as all prices are available on request only, whilst the national average price is approximately $3,038. All procedures and treatments are undertaken by the lead specialist at the Hospital, and they have multiple recognized accreditations, including: CMD - Colegio Médico DominicanoSODOCIPRE - Sociedad Dominicana de Cirugía Plástica Estética y Reconstructiva

Cosmetic surgery or aesthetic surgery is involved in enhancing your physical beauty. It is not for the treatment of any disease or ailment. Your physical appearance is changed according to your desire by performing surgery. Facial features are altered by reshaping of the nose, chin implants, lip implants, brow lifting, eyelid lifting, and face lifting. Butt implants, breast implants, breast lift. and neck contouring is also prevalent. The likes of liposuction and Tummy Tucks also fall under this category.

The procedures vary according to the purpose for which surgery is being performed. The following are some of the procedures used in plastic surgery:

Length of Stay in Dominican Republic

This also depends upon the type of surgery being performed. Complex surgeries require a long stay in the hospital. For example, if someone is going through reconstructive surgery for burns, the duration of stay in the hospital depends upon the percentage of the burnt area. It is referred to as total body surface area burnt (TBSA%). In cases of severe burns, the stay is longer. For breast tumor removal two methods are used. In a lumpectomy, only the tumor along with some surrounding tissue is removed and the patient is discharged the same day. While in the case of mastectomy, the whole breast tissue is removed leaving the chest flat. It requires an overnight stay at the hospital. 2 days are needed if the breasts are reconstructed after the removal of the tumor. Similarly, different cosmetic surgeries require a different stay at hospital time. Butt lift surgery demands variable time which depends on your pain tolerance and healing speed. But in most cases, a minimum of 10-14 days post-op stay in Dominican Republic is required for the removal of stitches and for follow up checks, etc.

This too depends upon the type of surgery performed. It is advised to give yourself plenty of time for recovery. This will make you happy if you recover in less than the estimated time. In the case of a breast transplant, you can return to work after 5-7 days. In three months, the swelling subsides and the breasts get proper size and shape. Butt lift surgery demands four months for complete recovery. Liposuction has varying recovery times, depending on the area of the body from which fat is removed. Vaginal rejuvenation requires 3 to 6 weeks for recovery in which you need to abstain from sexual intercourse. Rhinoplasty shows an early setting within one month. However, complete results are seen after 1 year. Facelift and eyelid surgery requires 2 to 3 week recovery time.

Plastic surgeries are not always successful. Physical conditions of a patient are considered before undergoing surgery, and those with the least health risks are allowed to go through the operation. The success rate is higher if the subject is fit, both physically and mentally. Although the success rate is high, surgery can still go wrong. In the case of plastic surgery gone wrong, your body might become de-shaped, but surgeons are well equipped and well experienced enough to correct this as quickly as possible, which is why you must not fly home immediately after surgery.

Plastic surgery is a wide field, with many operations coming under this category, and aftercare for every surgery is different. Following are some tips for aftercare:

The visible difference is seen before and after going through plastic surgery. In reconstructive surgeries, your body parts are reconstructed such as breasts. While in cosmetic surgery your physical appearance is altered.

Whilst the information presented here has been accurately sourced and verified by a medical professional for its accuracy, it is still advised to consult with your doctor before pursuing a medical treatment at one of the listed medical providers. This content was last updated on 21/03/2022. 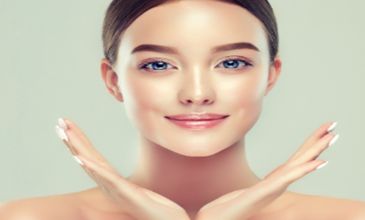 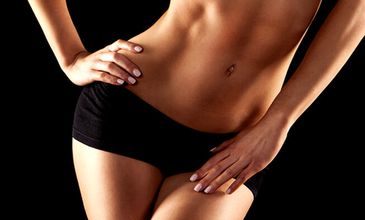 Plastic and Cosmetic Surgery in and around Dominican Republic

About the Dominican Republic

The Dominican Republic can be found on the island of Hispaniola and is a part of the island group, the Great Antilles. The nation has diverse natural environments and land features. Characterized by rugged mountains on one side and the other side consist of low lying valleys and coastal plains. It is the world’s leading producer of professional baseball players. It is also home to the highest mountain, Pico Duarte, and the largest lake, Lago Enriquillo in the Caribbean Region.

In recent times, the Dominican Republic has become popular with medical tourists. Tourists, particularly from the United States, visit the country for Plastic and Reconstructive surgeries, especially for Breast Augmentation procedure. About 25,000 to 30,000 patients visit the Dominican Republic yearly for various medical treatments. The most sought-after services are general, Plastic and cosmetic surgeries, dental procedures, weight-loss, oncology, and orthopedic treatments.

Top attractions of the Dominican Republic:

Weather and Climate in the Dominican Republic

The Dominican Republic has a tropical weather climate, and constant temperature throughout the year, with average yearly temperature, is around 77°F.

The hottest and humid period is from May to October. The mild winter season is from December to March. The period between November and April are the moderate seasons.

Rainfall is seasonal. The eastern and southern coasts experience rains between April and October. The northern coast receives rains throughout the year due to the influence of the north-eastern trade winds. The southern region is prone to hurricanes, with most striking in the months of August and September.

Getting Around in the Dominican Republic

The Dominican Republic offers easy access to the rest of the world with a myriad of flight options from North America and Europe. The main ports of entry into the country by air are the international airports in Santa Domingo, Punta Cana, and Puerto Plata. Santiago and Samana airports are other points of entry.

There are many flights from major cities of Canada and the US. The most frequent flights are from New York, Miami, Toronto, and Montreal. JetBlue, the budget airlines, operates flights from North America to Santo Domingo, Santiago, and Puerto Plata.

The Dominican Republic has a well-developed inter-country transport infrastructure with a large network of roads. It has many types of public transportation for moving around within cities such as buses, the metro, carro publicos, guaguas, and the motoconchos.

Carro Publicos are small car-public taxis and have a specific route displayed on their roof. Guaguas are privately-owned minivans and pick up travelers from any point and drop them off close to their desired location. Motoconchos are private motorcycle taxis that have reasonable fares and are ideal for short journeys.

Tourist Visas in the Dominican Republic

Citizens of countries such as the UK, USA, and Canada, and Schengen countries are not required to have a tourist visa to enter the Dominican Republic, under a bilateral agreement between the countries. However, they do need to:

Nationals of countries like India, Sri Lanka, China, and Russia need to get a tourist visa to travel to the Dominican Republic. The visas are multiple-entry type and are valid for 60 days.