Find the best clinics for Psychology in Mexico

MyMediTravel currently lists 2 facilities offering a total of 8 Psychology procedures and treatments in Mexico. For more information or to schedule your appointment, click the Enquire Now button and we’ll match you with the best and most affordable clinics in in Mexico. And don't forget, our service is completely FREE!

Padres Estrella, located in Alvaro Obregon, Mexico City, Mexico offers patients Psychology Therapy procedures among its total of 7 available procedures, across 2 different specialties. Currently, there's no pricing information for Psychology Therapy procedures at Padres Estrella, as all prices are available on request only. There are many specialists available at the Hospital, with 4 in total, and they are not accredited by any recognized accreditations institutes

International Psychological Counseling Services, located in Alvaro Obregon, Mexico City, Mexico offers patients Psychology Therapy procedures among its total of 7 available procedures, across 2 different specialties. Currently, there's no pricing information for Psychology Therapy procedures at International Psychological Counseling Services, as all prices are available on request only. All procedures and treatments are undertaken by the lead specialist at the Hospital, and they are not accredited by any recognized accreditations institutes

Psychology is a scientific discipline that studies the mind and behavior. It seeks to understand the mind, how it works, and how it affects behavior. It encompasses the environmental factors, social pressures, and biological influences that affect how people think, feel, and act. Since it is a broad and diverse field, there are numerous different subfields and specialty areas within psychology. Some of the major areas include clinical psychology, biological psychology, cognitive psychology, and developmental psychology.

A specialist or expert in psychology is called a psychologist. Licensed psychologists have professional training and clinical skills to do psychological testing, perform counseling and psychotherapy, and provide treatment for mental disorders. They are qualified to help people learn to cope more effectively with mental health problems. However, they are not medical doctors. This means that psychologists typically cannot perform medical procedures or write prescriptions. A psychologist will work in association with a psychiatrist or other medical doctor who provides medical treatment for mental illness, while the psychologist provides psychotherapy.

There are numerous different styles of therapy, but the psychologist will identify the best approach to address the person’s problem that fits the characteristics and preferences of the patients. Some common types of therapy are behavioral therapy, cognitive therapy, psychoanalytic or psychodynamic therapies, integrative or holistic therapy, and humanistic therapy.

Psychologists can help a wide variety of people and treat many types of problems. They can help those with mental health problems, such as anxiety, depression, and phobias. Psychologists can also help with rehabilitation and adjustment to chronic illness or disability. In some cases, people also talk to a psychologist to help overcome addictions, cope with stressful situations, or navigate through short-term problems, such as grieving the death of a family member or feeling overwhelmed by a new job.

How Long Should I Stay in Mexico?

You usually do not need to stay in Mexico any longer than you want to after each treatment session. However, since psychotherapy usually requires more than one session, you can choose to stay in Mexico until you complete all of your sessions, so you do not have to travel multiple times. Some types of psychological treatment last only a few sessions, but others can take months and even years.

Recovery time depends on your specific condition. Most of the time, no recovery time is needed after a psychological test or treatment. You should be allowed to resume your normal routine and even go back to work immediately after. If the treatment makes you feel exhausted, you can take the rest of the day off.

Your psychologist will give you a set of aftercare instructions. The instructions are specifically designed for your individual case and are aimed to prevent relapse. You may also be recommended to live an active and healthy life, such as exercising regularly and to eat a healthy diet.

Psychology is always growing and evolving. New discoveries and applications of psychology are always being uncovered. This helps psychology tests and treatments to become more successful, accurate, and safe. Today, psychologists can use evidence-based techniques to make treatment more efficient and effective. With psychology, people can improve their decision making, behavior, and stress management based on understanding past behavior to predict future behavior. Psychological treatments can have some side effects, such as becoming sad or fearful, an increase in anxiety, negative changes in the family, or relapse.

Whilst the information presented here has been accurately sourced and verified by a medical professional for its accuracy, it is still advised to consult with your doctor before pursuing a medical treatment at one of the listed medical providers. This content was last updated on 01/09/2020. 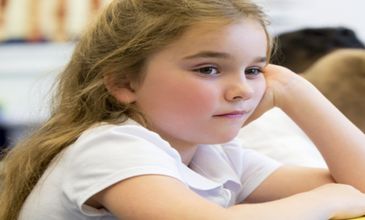 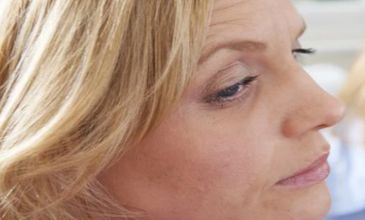 Psychology in and around Mexico

The Country of Mexico forms a part of the North American continent and lies directly south of the United States and is the fifth largest country in the Americas. It comprises of 31 states and a Federal District. The capital of Mexico City lies in the Federal District. Mexico is dominated by several mountain ranges and the more well-known ones are the Sierra Madre Oriental and the Sierra Madre Occidental. It is famous for its amazing beaches, and the best known Latin American pyramids include the Pyramid of the Sun and the Pyramid of the Moon at Teotihuacán in central Mexico,

Mexico is one of the top five medical tourism destinations in the world. Its medical care center’s offer high-class and boutique-style recuperation facilities and the cost of a procedure is 70% to 80% less than the cost of the same procedure in the United States.

As per the 2016 statistics, Medical Tourism in Mexico is a $4.8 Billion industry. Every year, a staggering 1 Million medical tourists arrive in Mexico for various treatments and procedures. 70% of medical tourists come from California, Texas, and Arizona.

Tijuana, Cancun, Mexicali, and Monterrey are some of the more popular cities in Mexico for medical tourism and the flowing procedures:

Six Cities in Mexico that should be on your itinerary:

Weather and Climate in Mexico

Mexico as a whole does not have a uniform climate. It is a large nation and the weather differs from region to region. Mexico’s topography is extremely diverse and so is its weather.

Mexico has two major seasons, the rainy and the dry seasons.

Getting Around in Mexico

For travel within Mexico, air travel is the best mode considering the vast size of the country. Budget airlines like Avolar, Azteca, Interjet, vivaAerobus, and Volaris offer competitive and cheap airfares for domestic travel.

You can also travel by local buses and hired cars between cities. However, the fastest mode of transport is the metro system that connects major cities like Mexico City, Guadalajara, and Monterrey.

It is easy to move around within Mexico City, as it has a pretty cheap public transport system. You have the option of the Metro, first and second-class buses, colectivos, and Nissan Tsuru libre taxis. Sitio taxis, its best not to hail cabs off the street after dark, and if you are unfamiliar with the city and don’t speak Spanish, it’s always best to always use taxis from Taxi Ranks.

Traveling to Mexico as a tourist, you need to apply for and get a tourist visa well in advance. Your passport must be valid to cover at least three months beyond the duration of your visa. A Mexican tourist visa is for a single entry and valid for only six months. You should travel within 90 days of visa been issued.

Mexico has a waiver for the tourist visa requirement for the citizens of 67 countries including the USA, European Union, Latin America, and Australia. Under this privilege, you can visit Mexico for a period of 30 to 180 days without a tourist visa. However, you need to get an online Electronic Authorization before traveling to Mexico.

Nationals of Russia, India and China and a few other countries need to get a visa in advance before entering Mexico.