Find the best clinics for Rosacea Treatment in Poland

With MyMediTravel you can browse 3 facilities offering Rosacea Treatment procedures in Poland. The cheapest price available is $186 - what are you waiting for?

Professionalism, a great approach to the client and a nice atmosphere is what I encountered in this salon. I recommend to everyone!

Klinika Medycyna Urody, located in Pulawska, Warsaw, Poland offers patients Rosacea Treatment procedures among its total of 7 available procedures, across 2 different specialties. The cost of a Rosacea Treatment procedure ranges from $186 to $252, whilst the national average price is approximately $186. There are many specialists available at the Hospital, with 5 in total, and they are not accredited by any recognized accreditations institutes

What you need to know about Rosacea Treatment in Poland

Rosacea Treatment is considered a non-invasive cosmetic procedure and doesn't require surgery, however, specialist staff are often required to help undertake such procedures / treatments. This type of Dermatology procedure / treatment is very affordable the world over, and particularly in Poland - this is mostly because the skill set, experience and equipment required by the specialist doesn't need to be especially advanced. For Rosacea Treatment, photos are required for the specialist to review prior to treatment.

Due to the non-invasive nature of Rosacea Treatment, the worst you can expect is a slight feeling of discomfort or irritation, but this will completely pass within a matter of hours. As for aftercare, you should just rest as much as possible and avoid strenuous exercise for a day or two.

You should plan to stay in Poland for at least a day or two after your treatment, given that you won't have the need for follow up appointments. Rosacea Treatment is famed for it's high success rate and the effectiveness of the treatment, but you should consider the possibility of complications, however minor these may be - for example, bruising, swelling, soreness and discomfort. If you experience any of these issues for more than a day or two, you can revisit the specialist who may prescribe some mild pain killers or other medications. 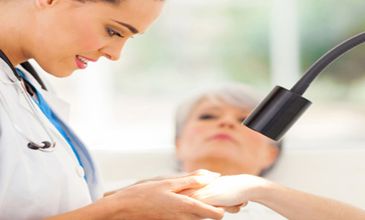 Rosacea Treatment in and around Poland

One of the largest countries in Central Europe, Poland has only recently emerged as a serious Medical Tourism destination and is popular with tourists from the surrounding countries, many of which travel for Rosacea Treatment procedures. With its open borders, traveling between the European Union (EU) is made that much simpler. Poland hosts a mix of publicly-owned and privately-owned facilities, none of which are JCI accredited, however, local accreditations are provided by the Polish Ministry of Health and are recognized by the EU. The most common procedures include dental, cosmetic, orthopedic, and bariatric, all of which are offered at considerably lower prices than its Western European neighbors. Popular medical tourism destinations outside of the capital, Warsaw, include Krakow, Jelenia Gora, and Wroclaw.