Find the best clinics for Rosacea Treatment in Thailand

With MyMediTravel you can browse 5 facilities offering Rosacea Treatment procedures in Thailand. The cheapest price available is $166 - what are you waiting for?

Healthy skin clinic gave me healthy skin🥰 the dermatologist is absolutely exceptional. She is warm, understanding, and honest. Really took the time to understand the best course of action and was really helpful. She was also adamant on ensuring that I was comfortable and happy with everything. Flew all the way from Australia and I would do it again.

Renewme Skin Clinic Bangkok, located in Bang Bon, Bangkok, Thailand offers patients Rosacea Treatment procedures among its total of 11 available procedures, across 2 different specialties. Currently, there's no pricing information for Rosacea Treatment procedures at Renewme Skin Clinic Bangkok, as all prices are available on request only, whilst the national average price is approximately ฿5,000. All procedures and treatments are undertaken by the lead specialist at the Clinic, and they are not accredited by any recognized accreditations institutes

Beaute Equilibree Medical Spa and Beq Clinic, located in Bang Bon, Bangkok, Thailand offers patients Rosacea Treatment procedures among its total of 17 available procedures, across 4 different specialties. Currently, there's no pricing information for Rosacea Treatment procedures at Beaute Equilibree Medical Spa and Beq Clinic, as all prices are available on request only, whilst the national average price is approximately ฿5,000. All procedures and treatments are undertaken by just a small team of specialists, with 2 in total at the Clinic, and they are not accredited by any recognized accreditations institutes

Radiance Skin Clinic, located in Bang Bon, Bangkok, Thailand offers patients Rosacea Treatment procedures among its total of 11 available procedures, across 3 different specialties. Currently, there's no pricing information for Rosacea Treatment procedures at Radiance Skin Clinic, as all prices are available on request only, whilst the national average price is approximately ฿5,000. All procedures and treatments are undertaken by the lead specialist at the Clinic, and they are not accredited by any recognized accreditations institutes

NYC New York Clinic, located in Bang Bon, Bangkok, Thailand offers patients Rosacea Treatment procedures among its total of 2 available procedures, across 1 different specialties. Currently, there's no pricing information for Rosacea Treatment procedures at NYC New York Clinic, as all prices are available on request only, whilst the national average price is approximately ฿5,000. There is currently a lack of information available on the specialists practicing at the Clinic, and they are not accredited by any recognized accreditations institutes

What you need to know about Rosacea Treatment in Thailand

Rosacea Treatment is considered a non-invasive cosmetic procedure and doesn't require surgery, however, specialist staff are often required to help undertake such procedures / treatments. This type of Dermatology procedure / treatment is very affordable the world over, and particularly in Thailand - this is mostly because the skill set, experience and equipment required by the specialist doesn't need to be especially advanced. For Rosacea Treatment, photos are required for the specialist to review prior to treatment.

Due to the non-invasive nature of Rosacea Treatment, the worst you can expect is a slight feeling of discomfort or irritation, but this will completely pass within a matter of hours. As for aftercare, you should just rest as much as possible and avoid strenuous exercise for a day or two.

You should plan to stay in Thailand for at least a day or two after your treatment, given that you won't have the need for follow up appointments. Rosacea Treatment is famed for it's high success rate and the effectiveness of the treatment, but you should consider the possibility of complications, however minor these may be - for example, bruising, swelling, soreness and discomfort. If you experience any of these issues for more than a day or two, you can revisit the specialist who may prescribe some mild pain killers or other medications. 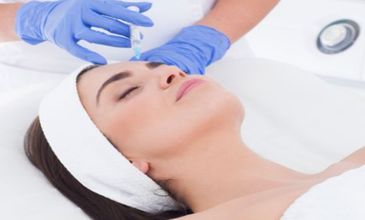 Rosacea Treatment in and around Thailand

Thailand welcomes hundreds of thousands of medical tourists each year, many of which travel for Rosacea Treatment procedures. Medical Tourists travel from all across the globe, particularly from the local SE Asia region, Australia, United States, Middle East and an increasing amount are traveling from China. An outstanding private healthcare system combined with a hot tropical climate and competitive prices means that Thailand is now the third most popular destination in the world for medical tourism. The most popular procedures tend to be cosmetic surgery (breast augmentations, gender reassignment surgery, and CoolSculpting to name a few), cardiac surgery, orthopedics, and urology.