MyMediTravel currently has no pricing information available for Acromioclavicular Joint Repair procedures in South Africa. However, by submitting your enquiry, you'll hear back from the facility with more details of the pricing.

King Park Sports Medicine Centre - Northwood, located in Syfred Douglas St, Cape Town, South Africa offers patients Acromioclavicular Joint Repair procedures among its total of 130 available procedures, across 5 different specialties. Currently, there's no pricing information for Acromioclavicular Joint Repair procedures at King Park Sports Medicine Centre - Northwood, as all prices are available on request only. All procedures and treatments are undertaken by the lead specialist at the Hospital, and they are not accredited by any recognized accreditations institutes

Acromioclavicular Joint Repair is a medical procedure / surgery that requires coordination between specialist surgeons, anesthetists and various other specialist medical professionals. This type of Orthopedics procedure / treatment can be considered reasonably expensive, especially given the skill set, experience, training and equipment used by the specialists involved. For Acromioclavicular Joint Repair, medical records, reports or any supporting documents may be required for the specialist to assess prior to the treatment.

As with any major surgery, recovery can vary according to the individual. Your immediate recovery can be affected by various factors like the sedation (anesthetic) type and how long you're sedated for, but you should expect to spend some time recovering in the ward before being discharged. Then you should expect to rest for a few more days before you begin to commence light activity again - remember, Acromioclavicular Joint Repair is a major surgery and your body needs time to recover. As for aftercare, it's crucial that you follow the surgeon's advice and adhere to the prescribed medication plan. You'll also be advised about diet, how to care for and treat the wounds and how to recognize possible signs of infection.

It's likely you'll be advised by the medical team to stay in South Africa for up to two weeks after your surgery, this will allow for enough time for your wounds to heal and have stitches removed, if required. The surgeon will expect to see you for at least one or two post-op consultations before giving the all clear to travel home again. The success rate for Acromioclavicular Joint Repair in South Africa is now extremely high given the recent advances in medical technology and surgeon experience. However, with any surgery, there is always the possibility of complications, such as infection, bleeding, numbness, swelling and scar tissue. But if you rest post-op and follow the surgeon's recovery advice, you can expect to reduce these odds close to zero.

Whilst the information presented here has been accurately sourced and verified by a medical professional for its accuracy, it is still advised to consult with your doctor before pursuing a medical treatment at one of the listed medical providers. This content was last updated on 15/09/2020. 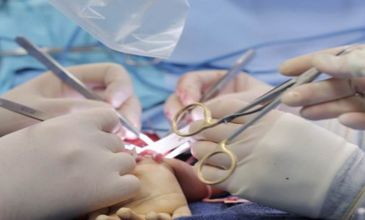 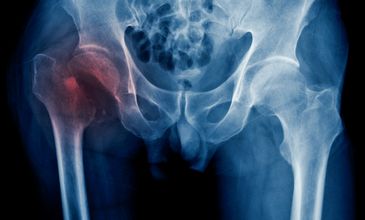 Acromioclavicular Joint Repair in and around South Africa

South Africa is home to some of the world's most luxurious private game reserves and lodges. Wildlife lovers come here from all corners of the globe in search of the "Big Five": lion, buffalo, leopard, rhino, and elephants. Coral reefs, shark dives, dragon-backed mountain ranges, white-water rafting, and golden beaches lapped by legendary surf breaks are some of South Africa's many other attractions. Traveling around this vast land and touring the vibrant cities, visitors can learn about the nation's turbulent history. Travelers coming to South Africa for medical treatments do so for cost savings, advanced medical technology, and the internationally qualified and skilled doctors. The country welcomes an ever-increasing number of medical tourists each year, many of which travel for Acromioclavicular Joint Repair procedures. Medical Tourists travel from all across the globe, particularly from African countries with an inferior healthcare system. Popular destinations include the capital city, Pretoria, neighboring Johannesburg, and the stunning Cape Town.