Find the best clinics for Reproductive Medicine in South Africa

MyMediTravel currently lists 9 facilities offering a total of 116 Reproductive Medicine procedures and treatments in South Africa. For more information or to schedule your appointment, click the Enquire Now button and we’ll match you with the best and most affordable clinics in in South Africa. And don't forget, our service is completely FREE!

Dr Hulme is indeed the most amazing dr I have ever met, Such a honest and caring dr. Laurette brilliant!!!! And all the staff their are so friendly and energetic and very helpful .

Egg Donation South Africa - FertilityCareSA, located in Syfred Douglas St, Cape Town, South Africa offers patients Intrauterine Insemination (IUI) procedures among its total of 40 available procedures, across 2 different specialties. Currently, there's no pricing information for Intrauterine Insemination (IUI) procedures at Egg Donation South Africa - FertilityCareSA, as all prices are available on request only. All procedures and treatments are undertaken by the lead specialist at the Hospital, and they are not accredited by any recognized accreditations institutes

Holistic Assisted Reproductive Treatment, located in Syfred Douglas St, Cape Town, South Africa offers patients Ovulation Induction procedures among its total of 1 available procedures, across 1 different specialties. Currently, there's no pricing information for Ovulation Induction procedures at Holistic Assisted Reproductive Treatment, as all prices are available on request only. All procedures and treatments are undertaken by just a small team of specialists, with 3 in total at the Hospital, and they are accredited by HPCSA - Health Professions Council of South Africa

Egg Donation South Africa, located in Syfred Douglas St, Cape Town, South Africa offers patients Egg Freezing procedures among its total of 1 available procedures, across 1 different specialties. Currently, there's no pricing information for Egg Freezing procedures at Egg Donation South Africa, as all prices are available on request only, whilst the national average price is approximately $1,284. All procedures and treatments are undertaken by just a small team of specialists, with 2 in total at the Hospital, and they are not accredited by any recognized accreditations institutes

Dr Magda Fourie, located in Syfred Douglas St, Cape Town, South Africa offers patients Female Fertility Testing procedures among its total of 13 available procedures, across 6 different specialties. Currently, there's no pricing information for Female Fertility Testing procedures at Dr Magda Fourie, as all prices are available on request only. All procedures and treatments are undertaken by the lead specialist at the Hospital, and they are accredited by HPCSA - Health Professions Council of South Africa

Tests and treatments that reproductive medicine may perform include:

Your length of stay in South Africa depends on your specific condition and the type of test and/or treatment you underwent. In general, it is advisable that you stay in South Africa for at least 1-3 weeks, although you may be able to travel home within 1 to 2 days after some diagnostic tests. During your stay, you will attend follow-up appointments.

Your specific condition, the type of test/treatment you underwent, the technique your doctor used, and your overall health determines the recovery time. For open surgery, it may take around 4 to 6 weeks until you are allowed to resume your normal activity and to go back to work. Laparoscopic surgery offers shorter recovery time, usually only 3 to 4 weeks until you can return back to your normal activity level. For non-surgical procedures, such as IVF, you should be able to go back to your normal routine immediately after the procedure.

You will be given detailed aftercare instructions that you will need to follow. In most cases, you will attend regular checkups with your reproductive medicine specialist in South Africa or with your local doctor back at home.

Depending on your specific case, you may be able to see a gynecologist, urologist, obstetrician, or even oncologist as the alternative to seeing a reproductive medicine specialist. It is best, however, to talk to your general physician first as they will be able to direct you to the right specialist.

Whilst the information presented here has been accurately sourced and verified by a medical professional for its accuracy, it is still advised to consult with your doctor before pursuing a medical treatment at one of the listed medical providers. This content was last updated on 26/09/2020. 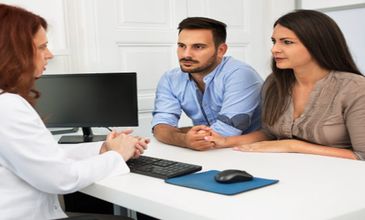 Reproductive Medicine in and around South Africa

South Africa is home to some of the world's most luxurious private game reserves and lodges. Wildlife lovers come here from all corners of the globe in search of the "Big Five": lion, buffalo, leopard, rhino, and elephants. Coral reefs, shark dives, dragon-backed mountain ranges, white-water rafting, and golden beaches lapped by legendary surf breaks are some of South Africa's many other attractions. Traveling around this vast land and touring the vibrant cities, visitors can learn about the nation's turbulent history. Travelers coming to South Africa for medical treatments do so for cost savings, advanced medical technology, and the internationally qualified and skilled doctors. The country welcomes an ever-increasing number of medical tourists each year, many of which travel for Reproductive Medicine procedures. Medical Tourists travel from all across the globe, particularly from African countries with an inferior healthcare system. Popular destinations include the capital city, Pretoria, neighboring Johannesburg, and the stunning Cape Town.