Discover the Regions of Panama

Best Clinics and Hospitals in Panama 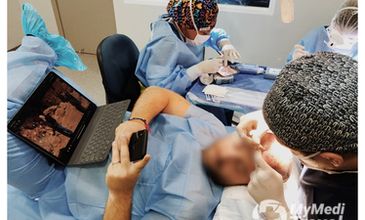 Panama, a tropical nation in Central America, is renowned as the location of the waterway that connects the Atlantic and Pacific Ocean, Panama Canal. It is also well known for its diverse plant and animal life, mesmerizing natural beauty, as well as vibrant music and culture. From the clear turquoise sea to the cloud forests of Chiriquí, it is no wonder that Panama is a popular travel destination. In recent years, it has also become a hotspot for medical tourism. Thanks to its skilled medical professional, top-quality healthcare, and competitive prices, the country is seen as an appealing destination to get medical treatments. Many of its international medical tourists come from the US and Europe. Corrective treatments and cosmetic surgeries are the most popular procedures.

Popular Cities and Regions in Panama

Panama City, the capital of Panama, is the most developed city in all of Central America. While it does not have a lot to offer in terms of landmarks and tourist sights, tourists can find delicious food, numerous shopping areas, and a vibrant nightlife scene. One of the highlights of the city is Casco Viejo (Old Town), which is the original Spanish-colonial settlement that was built in 1671. Its old colonial buildings are now used as some of the trendiest restaurants, bars, and hotels in the country. Other popular cities in Panama include David and Colon. David is the gateway to the Bocas del Toro archipelago, while Colon is a port city filled with rain forest reserves and surrounded by coral reefs.

Tocumen International Airport is the main international airport in Panama. It is a regional hub to and from the Caribbean, South, North, and Central America, as well as some cities in Europe and Asia. Domestic flights are the fastest way to travel, but it is very expensive. Besides, since most destinations are so close to Panama City, getting around the country can be done easily by other transport modes. Buses are the most affordable and popular way to travel, whereas trains offer breathtaking views of Panama’s landscape. Motorized water-taxis and dugout canoes are available to travel from one island to another. Taxis are inexpensive and easy to find.

Panama allows citizens of most countries, including all EU citizens, the US, and Argentina, to visit without a visa for up to 180 days. Nationals of other countries not listed in the visa-free program, including China and Indonesia, need to obtain a visa before flying to the country. All visitors need to hold a passport with a minimum of three months' validity.

Panama has two seasons, the wet (“winter”) season from May to November and the dry (“summer”) season from December to April. The average temperature generally stays the same all year round. In the wet season, expect to experience frequent showers, which tend to happen briefly in the afternoon, they usually last an hour or two at most. The summer entails hot and sunny days, with blue sky and cool night breezes.