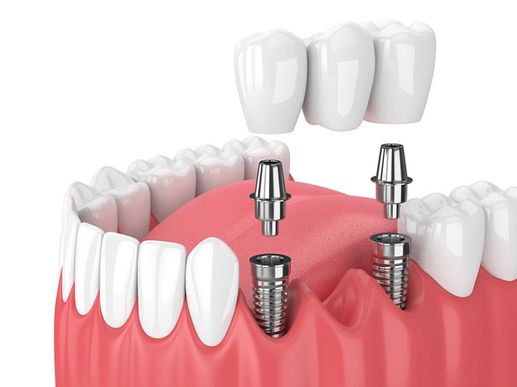 Find the best clinics for Dental Implant in Jordan

MyMediTravel currently has no pricing information available for Dental Implant procedures in Jordan. However, by submitting your enquiry, you'll hear back from the facility with more details of the pricing.

Doctors, Surgeons and Clinics in Jordan, specialized in Dental Implant

What you need to know about Dental Implant in Jordan

MyMediTravel currently lists 1 facilities in Jordan offering Dental Implant procedures - see above for the complete list, along with estimated prices. The price of implants is usually standardized, based on the type, brand and amount a patient wants, but a pre-assessment by the specialist will confirm the price prior to traveling - photos and x-rays will be required. For a personalized quote Click Here to submit your details

Each stage of dental implant surgery is done in separate appointments. After each appointment, you should be able to leave the hospital or clinic right away. However, you should stay in Jordan for at least 2 weeks for completion of the work and the initial recovery and follow-up checkups.

Dental Implant in and around Jordan

Jordan welcomes an ever-increasing number of medical tourists each year, many of which travel for Dental Implant procedures. The physicians and surgeons are generally proficient in English with some making efforts toward becoming affiliated with top US medical institutions such as the Cleveland Clinic and the famous Johns Hopkins. The country currently has 9 JCI accredited hospitals and cancer centers.