Find the best clinics for Diagnostic Imaging Consultation in Thailand

MyMediTravel currently has no pricing information available for Diagnostic Imaging Consultation procedures in Thailand. However, by submitting your enquiry, you'll hear back from the facility with more details of the pricing.

Bangkok Nursing Home Hospital, located in Bang Bon, Bangkok, Thailand offers patients Diagnostic Imaging Consultation procedures among its total of 11 available procedures, across 7 different specialties. Currently, there's no pricing information for Diagnostic Imaging Consultation procedures at Bangkok Nursing Home Hospital, as all prices are available on request only. There is currently a lack of information available on the specialists practicing at the Hospital, and they are not accredited by any recognized accreditations institutes

What you need to know about Diagnostic Imaging Consultation in Thailand

Given the non-invasive nature of Diagnostic Imaging Consultation, there is no downtime, so you won't need to consider your recovery and aftercare much. However, if a consultation leads on to surgery, then you should expect to follow that with an extended period of rest. 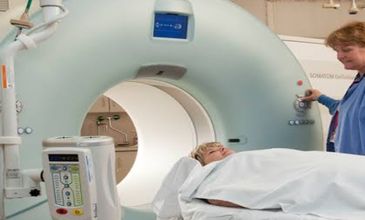 Diagnostic Imaging Consultation in and around Thailand

Thailand welcomes hundreds of thousands of medical tourists each year, many of which travel for Diagnostic Imaging Consultation procedures. Medical Tourists travel from all across the globe, particularly from the local SE Asia region, Australia, United States, Middle East and an increasing amount are traveling from China. An outstanding private healthcare system combined with a hot tropical climate and competitive prices means that Thailand is now the third most popular destination in the world for medical tourism. The most popular procedures tend to be cosmetic surgery (breast augmentations, gender reassignment surgery, and CoolSculpting to name a few), cardiac surgery, orthopedics, and urology.