Find the best clinics for Gynecology in Turkey

MyMediTravel currently lists 56 facilities offering a total of 291 Gynecology procedures and treatments in Turkey. For more information or to schedule your appointment, click the Enquire Now button and we’ll match you with the best and most affordable clinics in in Turkey. And don't forget, our service is completely FREE!

2 weeks post op and i am feeling great. the team really helped with the stress of the Covid situation. Thanks guys!

Coulddnt have asked for a nicer group of people helping me with my scheduling and dealing with the hospital. highly recomment

Turkeyana Clinic, located in Gaziosmanpasa, Istanbul, Turkey offers patients Vaginoplasty procedures among its total of 10 available procedures, across 4 different specialties. The cost of a Vaginoplasty procedure ranges from $1,700 to $2,550, whilst the national average price is approximately $2,253. There are many specialists available at the Clinic, with 9 in total, and they have multiple recognized accreditations, including: ISO 9001:2008ISO Certification - International Organization for Standardization

so good, the whole team were amazing and the aftercare was just what i needed after the surgery

I underwent rhinoplasty in June 2019. My coordinator was Yasin, and my doctor was Gürhan Özcan, both were excellent from start to finish. My nose was very bad, it was incredibly squint, with a peak in the middle. While it is not perfect now, which would have been impossible, its much better than I could have expected. Im very happy with the result. I would definitely recommend the people and the hospital.

An ideal establishment in the district.

Highly recommend. All staff here at vanity are the best. I thank all staff here and Dr Ihsan Turkmen because he and the staff here changed my life for the better.

Gynecology is the medical practice that focuses on the health of the female reproductive system, including the vagina, uterus, and ovaries. Doctors who specialize in this field are called gynecologists. They deal with a range of conditions, such as:

Gynecologists are trained to carry out certain diagnostic and surgical procedures, including:

How Long Should I Stay in Turkey?

Your length of stay varies depending on the procedure you underwent. In general, you should be able to leave the hospital or clinic on the same day for diagnostic procedures, and stay in Turkey for around 2 to 7 days to wait for the results. For surgical procedures, you may need to stay in the hospital for about 2 to 5 days and stay in Turkey for 7 to 14 days. You will attend scheduled checkups where your gynecologist checks your condition and, if necessary, remove any stitches.

After diagnostic procedures, you may be advised to rest for the remainder of the day before resuming your normal activities, including work the next day. After a surgical procedure, you may need to wait around four to six weeks until you return to work and do strenuous activities.

You will have to adopt healthy lifestyle habits, such as eating a healthy diet and exercise regularly (as recommended by your doctor), to maintain your health and prevent any issues in the future. After surgery for a serious illness, you may feel very emotional and it is recommended that you seek support if this happens. You also need to attend regular checkups, typically once a year.

The field of gynecology continues to advance each year and gynecologists now have more information and a deeper understanding of the female reproductive system. This means that the success rate is now higher than it used to be. However, all procedures carry some risks. In gynecology procedures, the risks include infection, tearing or damage to the cervix, pelvic inflammatory disease, damage to nearby organs, chronic pain, and vaginal prolapse.

Whilst the information presented here has been accurately sourced and verified by a medical professional for its accuracy, it is still advised to consult with your doctor before pursuing a medical treatment at one of the listed medical providers. This content was last updated on 24/09/2020. 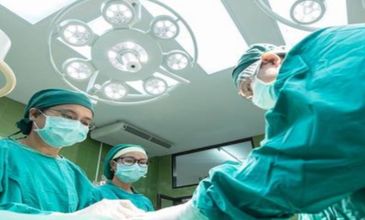 Gynecology in and around Turkey

700,000 annual medical tourists are drawn to Turkey each year, traveling from all across the globe, particularly from within Europe and the Middle East, many of which travel for Gynecology procedures. Dental, Cosmetic, Bariatric, and Reproductive procedures are most common, including Veneers, Hair Transplants, Gastric Bypass Surgeries, and IVF. Popular medical tourism destinations outside of the capital, Ankara, of course, include Istanbul and other regions like Antalya and Izmir.