With MyMediTravel you can browse 10 facilities offering Head and Neck Cancer Treatment procedures in South Korea. The cheapest price available is $13 - what are you waiting for?

Good facilities and competent doctors. All friendly nurses are satisfied. The quality of the university hospital is very different. I look forward to further development as a representative hospital in our region.

This hospital is wonderful hospital! Staffs are kind. Doctors are proficient! Price is reasonable!

Gangnam Severance Hospital, located in Dogok dong, Seoul, South Korea offers patients Head and Neck Cancer Treatment procedures among its total of 502 available procedures, across 14 different specialties. The cost of a Head and Neck Cancer Treatment procedure ranges from ฿768,000 to ฿1,535,800, whilst the national average price is approximately ฿528,967. There are many specialists available at the Hospital, with 8 in total, and they are accredited by JCI Accredited

CNU Hwasun Hospital, located in Jeongja dong, Bundang, South Korea offers patients Head and Neck Cancer Treatment procedures among its total of 14 available procedures, across 8 different specialties. The cost of a Head and Neck Cancer Treatment procedure ranges from £11 to £14, whilst the national average price is approximately £13,089. All procedures and treatments are undertaken by just a small team of specialists, with 2 in total at the Hospital, and they are not accredited by any recognized accreditations institutes

Daehang Hospital, located in Dogok dong, Seoul, South Korea offers patients Head and Neck Cancer Treatment procedures among its total of 108 available procedures, across 1 different specialties. Currently, there's no pricing information for Head and Neck Cancer Treatment procedures at Daehang Hospital, as all prices are available on request only, whilst the national average price is approximately $17,522. All procedures and treatments are undertaken by just a small team of specialists, with 3 in total at the Hospital, and they are not accredited by any recognized accreditations institutes

If you're a patient, you'll get the best service. If you're a patient caregiver, you'll get the worst service. If you have surgery, do not follow your guardian at all. There is no sign on the operating room floor, so there are areas where caregivers should not enter, so you will notice that you are looking for a stairway location. The elevator is for patients, so there is no place to sit and wait. How can you take a grandmother elevator elevator, what are you doing so ... ㅡ ㅡ Luckily, unlike doctors, nurses are also kind to caregivers.

Severance Hospital, located in Dogok dong, Seoul, South Korea offers patients Head and Neck Cancer Treatment procedures among its total of 83 available procedures, across 19 different specialties. The cost of a Head and Neck Cancer Treatment procedure ranges from ฿632,000 to ฿1,263,200, whilst the national average price is approximately ฿528,967. There is currently a lack of information available on the specialists practicing at the Hospital, and they are accredited by JCI Accredited

Asan Medical Center, located in Dogok dong, Seoul, South Korea offers patients Head and Neck Cancer Treatment procedures among its total of 586 available procedures, across 16 different specialties. The cost of a Head and Neck Cancer Treatment procedure ranges from ฿768,000 to ฿1,535,800, whilst the national average price is approximately ฿528,967. There is currently a lack of information available on the specialists practicing at the Clinic, and they are not accredited by any recognized accreditations institutes

Head and Neck Cancer Treatment is a medical procedure / surgery that requires coordination between specialist surgeons, anesthetists and various other specialist medical professionals. This type of Oncology procedure / treatment can be very expensive given the extent of everything involved, for example, the skill level, training and experience required of the specialists and even the high-tech equipment being used in the operating theatre. For Head and Neck Cancer Treatment, medical records, reports or any supporting documents may be required for the specialist to assess prior to the treatment.

As with any major surgery, recovery can vary according to the individual. Your immediate recovery can be affected by various factors like the sedation (anesthetic) type and how long you're sedated for, but you should expect to spend some time recovering in the ward before being discharged. Then you should expect to rest for a few more days before you begin to commence light activity again - remember, Head and Neck Cancer Treatment is a major surgery and your body needs time to recover. As for aftercare, it's crucial that you follow the surgeon's advice and adhere to the prescribed medication plan. You'll also be advised about diet, how to care for and treat the wounds and how to recognize possible signs of infection.

It's likely you'll be advised by the medical team to stay in South Korea for up to two weeks after your surgery, this will allow for enough time for your wounds to heal and have stitches removed, if required. The surgeon will expect to see you for at least one or two post-op consultations before giving the all clear to travel home again. The success rate for Head and Neck Cancer Treatment in South Korea is now extremely high given the recent advances in medical technology and surgeon experience. However, with any surgery, there is always the possibility of complications, such as infection, bleeding, numbness, swelling and scar tissue. But if you rest post-op and follow the surgeon's recovery advice, you can expect to reduce these odds close to zero. 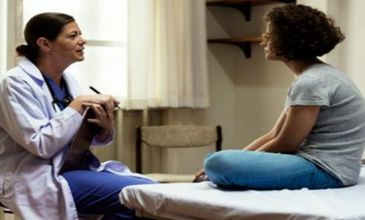 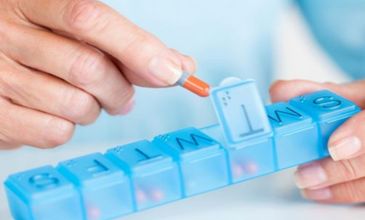 Head and Neck Cancer Treatment in and around South Korea