In Vitro Fertilization (IVF) in Thailand 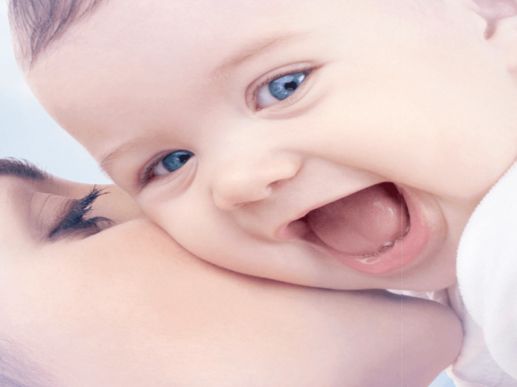 Find the best clinics for In Vitro Fertilization (IVF) in Thailand

With MyMediTravel you can browse 4 facilities offering In Vitro Fertilization (IVF) procedures in Thailand. The cheapest price available is $7,831, it's well worth the trip from United States!

Doctors, Surgeons and Clinics in Thailand, specialized in In Vitro Fertilization (IVF)

In order for a pregnancy to occur naturally, the ovary releases an egg at ovulation which travels through the Fallopian tube where it meets the sperm and is then fertilized. The fertilized egg enters the uterine cavity where it implants in the thickened lining of the uterus (the endometrium).

Through IVF treatment (In Vitro Fertilisation), the ovaries are stimulated to produce a number of eggs which are then collected and mixed with sperm in the laboratory; this then allows fertilization to occur. The developing embryos are monitored closely and the healthiest embryos are then transferred into the uterus to allow implantation to occur.

IVF is a series of procedures performed to treat infertility especially to women over the age of 40. It can also be used as a treatment for certain health conditions such as Ovulation Disorder, Premature Ovarian Failure, Fallopian Tube Damage, Endometriosis, Unexplained Infertility, Uterine Fibroids, Impaired sperm production or function, Previous tubal sterilization or removal, Genetic Disorder or Fertility preservation for cancer patients.

MyMediTravel currently lists 4 facilities in Thailand offering In Vitro Fertilization (IVF) procedures - see above for the complete list, along with estimated prices. The price of a In Vitro Fertilization (IVF) can vary according to each individual’s case and will be determined based on photos and an in-person assessment with the specialist. For a personalized quote Click Here to submit your details

IVF is a long process and may take several months to be complete. Although this procedure will increase your chances of getting pregnant, there’s still no guarantee that it will all be effective to all.

Before performing IVF procedures, you and your partner must first undergo a series of tests such as Semen analysis, Ovarian reserve testing, Infectious disease screening, Mock embryo transfer, and Uterine cavity exam.

After the screening, both of you will now undergo IVF procedures:

Fertility medications - these are prescribed medications to stimulate your ovaries to increase your egg production. Multiple eggs must be produced because it is expected that some eggs will not develop or be fertilized after retrieval. During this stage, a transvaginal ultrasound is used to check the ovaries and also a blood test will be administered to check your hormone levels.

Your eggs will be collected through minor surgery. This procedure will be done by using the latest ultrasound technology to guide a needle in each of your ovaries for egg extraction. Usually, propofol-based anesthesia will be used while you undergo the procedure.

Sperm sample - Your partner will now be asked to produce a sperm sample that will be combined with your extracted eggs for fertilization. If you will be using donated sperm, it will be removed from being frozen and will be prepared the same way.

Insemination - In this procedure, the eggs and sperm will be mixed together and be stored in a laboratory dish to undergo fertilization. If in case there is a low possibility of fertilization, intracytoplasmic sperm injection (ICSI) may be used. By doing this, a single sperm will be directly injected into the egg; the eggs will be closely monitored if fertilization will occur.

Although it is advisable that you will need to take it easy after the embryo transfer, some women are able to resume their normal daily routine after the procedure. Note that your scheduled follow-up checkups with your surgeon are essential to your recovery and healing and you will be expected to stay in Thailand for 10-12 days. However, you must also be aware of its possible side effects:

12 days after egg retrieval, your doctor will test your blood to check if you are pregnant. So you will need to stay local for a little longer after IVF to ensure all procedures are fully successful.

Counseling is very important when you are having IVF; everyone must fully understand that not all IVF procedures have successful outcomes. It is highly recommended that couples should have proper counseling during and after IVF treatment.

The success rate of IVF depends on several factors, including maternal age, lifestyle, the cause of infertility, and reproductive history.  40% of Women under the age of 35 will be successful and 25% of women aged 36 to 41 will be successful and only 4% over the age of 42 will be successful. You must also understand that pregnancy rates are not exactly the same as the live birth rate. Furthermore, you also need to know that there are some minor risks associated with IVF, for example, you may experience nausea or vomiting, shortness of breathing, Faintness, stomach pains and bloating, and potential weight gain.

Are there Alternatives to In Vitro Fertilization (IVF)?

In Vitro Fertilization is not the only possible treatment for infertility. Other fertility treatments to consider may include:

Intrauterine Insemination - commonly known as artificial insemination. In this procedure, sperm is inserted via the cervix into your uterus when you’re ovulating.

Lifestyle changes - instead of undergoing any infertility treatment, your fertility specialist may suggest that you make a series of lifestyle changes that may be causing such problems. This may involve weight reduction, reducing alcohol consumption, and quitting smoking.

Recommended Medical Centers in Thailand for In Vitro Fertilization (IVF)

In Vitro Fertilization (IVF) in and around Thailand

Thailand welcomes hundreds of thousands of medical tourists each year, many of which travel for In Vitro Fertilization (IVF) procedures. Medical Tourists travel from all across the globe, particularly from the local SE Asia region, Australia, US, Middle East and an increasing amount are traveling from China. An outstanding private healthcare system combined with a hot tropical climate and competitive prices means that Thailand is now the third most popular destination in the world for medical tourism. The most popular procedures tend to be cosmetic surgery (breast augmentations, gender reassignment surgery, and CoolSculpting to name a few), cardiac surgery, orthopedics, and urology.