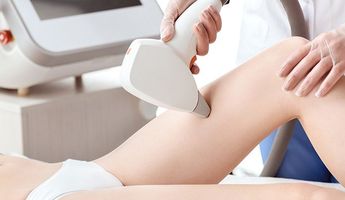 MyMediTravel currently has no pricing information available for IPL Hair Removal procedures in South Africa. However, by submitting your enquiry, you'll hear back from the facility with more details of the pricing.

Best energy healing practice! So happy to have found such a great healer as well as mentor. The results each time seem to amaze me, align me with my truth, bring me closer to my souls purpose. Thank you for what you do, Charmaine

Always excellent. I see Danielli who is wonderful at what he does.

I been a patient at the face and body clinic, Dr was amazing and Natalie helped me through surgery and recover. The amazing 3 month post surgery program me kept me motivated to heal and lost over 7kgs, changed my lifestyle and fixed my Vitamen deficiency which stalled my weight loss. I had my surgery at the height of covid pandemic and I felt safe with all the precautions in place. ❤️

Skin and Body Solutions, located in Syfred Douglas St, Cape Town, South Africa offers patients IPL Hair Removal procedures among its total of 54 available procedures, across 3 different specialties. Currently, there's no pricing information for IPL Hair Removal procedures at Skin and Body Solutions, as all prices are available on request only. There is currently a lack of information available on the specialists practicing at the Hospital, and they are not accredited by any recognized accreditations institutes

I absolutely LOVE this clinic! They offer such an incredible range of treatments, and I have had such excellent results from the Laser Hair Removal! The team is so amazing, and they make you feel so comfortable. I highly, highly recommend them! I am constantly raving about them to my friends and family!

IPL Hair Removal is considered a non-invasive cosmetic procedure and doesn't require surgery, however, specialist staff are often required to help undertake such procedures / treatments. This type of Cosmetology procedure / treatment is very affordable the world over, and particularly in South Africa - this is mostly because the skill set, experience and equipment required by the specialist doesn't need to be especially advanced. For IPL Hair Removal, the specialist does not require either photos or medical records, however, a detailed explanation of your situation may be requested instead.

Due to the non-invasive nature of IPL Hair Removal, the worst you can expect is a slight feeling of discomfort or irritation, but this will completely pass within a matter of hours. As for aftercare, you should just rest as much as possible and avoid strenuous exercise for a day or two.

You should plan to stay in South Africa for at least a day or two after your treatment, given that you won't have the need for follow up appointments. IPL Hair Removal is famed for it's high success rate and the effectiveness of the treatment, but you should consider the possibility of complications, however minor these may be - for example, bruising, swelling, soreness and discomfort. If you experience any of these issues for more than a day or two, you can revisit the specialist who may prescribe some mild pain killers or other medications.

Whilst the information presented here has been accurately sourced and verified by a medical professional for its accuracy, it is still advised to consult with your doctor before pursuing a medical treatment at one of the listed medical providers. This content was last updated on 30/05/2022. 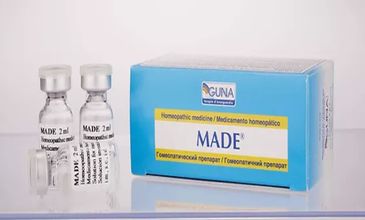 IPL Hair Removal in and around South Africa

South Africa is home to some of the world's most luxurious private game reserves and lodges. Wildlife lovers come here from all corners of the globe in search of the "Big Five": lion, buffalo, leopard, rhino, and elephants. Coral reefs, shark dives, dragon-backed mountain ranges, white-water rafting, and golden beaches lapped by legendary surf breaks are some of South Africa's many other attractions. Traveling around this vast land and touring the vibrant cities, visitors can learn about the nation's turbulent history. Travelers coming to South Africa for medical treatments do so for cost savings, advanced medical technology, and the internationally qualified and skilled doctors. The country welcomes an ever-increasing number of medical tourists each year, many of which travel for IPL Hair Removal procedures. Medical Tourists travel from all across the globe, particularly from African countries with an inferior healthcare system. Popular destinations include the capital city, Pretoria, neighboring Johannesburg, and the stunning Cape Town.