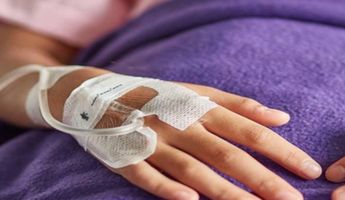 MyMediTravel currently has no pricing information available for Liver Cancer Treatment procedures in South Africa. However, by submitting your enquiry, you'll hear back from the facility with more details of the pricing. Treatment for liver cancer depends on the stage of the disease, your age, your general health, and your personal preferences. The treatment options for liver cancer include surgery, localized treatment, radiation therapy, targeted drug therapy, immunotherapy, chemotherapy, or a combination of these procedures. Your doctor will help you make the decision that fits your needs.

What does a Liver Cancer Treatment Procedure Involve?

If your liver function is good and your tumor is small, your doctor may recommend surgery to remove the tumor, which is performed under general anesthetic. In the early stages of liver cancer, your doctor may also recommend liver transplant surgery in which your doctor removes your diseased liver and replace it with a healthy liver from a donor. If your doctor recommends radiation therapy, high-powered energy is used to destroy cancer cells and shrink tumors. With immunotherapy, your own immune system is used to fight cancer, while with chemotherapy, drugs are used to kill rapidly growing cancer cells in your liver.

How Long Should I Stay in South Africa for a Liver Cancer Treatment Procedure?

The type of treatment you underwent will determine your length of stay in South Africa. For surgeries, you may need to stay in the country for around 14 days for initial recovery and follow-up checkups. If you undergo therapy, your length of stay depends on the number of cycles required for your case.

MyMediTravel currently lists 4 facilities in South Africa offering Liver Cancer Treatment procedures - see above for the complete list, along with estimated prices. The price of a Liver Cancer Treatment can vary according to each individual’s case and will be determined based on your medical profile and an in-person assessment with the specialist. For a personalized quoteClick Here to submit your details

The full recovery time after liver cancer surgery can take around 12 weeks, but you may be able to go back to work earlier than that if your job does not require much physical activity. With any type of therapy, you may resume work in 1-2 days or when you do not experience any symptoms that interfere with your ability to work. Your doctor will let you know the right time for you to return to your normal routine.

What sort of Aftercare is Required for Liver Cancer Treatment Procedures in South Africa?

You will be given detailed instructions regarding exercise, dietary restriction, and wound care. You may want to schedule regular checkups with your doctor to monitor your condition after treatments. It is also advisable to attend programs and support services to help you cope and get through cancer treatment.

Liver cancer treatment is proven to be safe and effective. However, the success rate depends on many factors, including the stage of your cancer and your overall health. The possible side effects and risks of liver cancer treatments are infections, bleeding, blood clots, bile leaking from the liver, jaundice, liver failure, hair loss, tiredness, feeling sick, and abdominal pain.

Are there Alternatives to Liver Cancer Treatment Procedures in South Africa?

If you do not want to undergo the treatments mentioned above, you can take alternative medications or procedures to help control your pain. These alternatives include hypnosis, acupressure, acupuncture, massage, and relaxation techniques.

Liver cancer, like any other type of cancer, can spread to other organs and cause symptoms that can interfere with your daily life. After treatment, all of the symptoms may be relieved, the chance of your cancer spreading to other organs is greatly reduced and your quality of life is improved. Successful treatment may put your cancer into remission, meaning there is no cancer detected in your body.

Liver Cancer Treatment in and around South Africa

South Africa is home to some of the world's most luxurious private game reserves and lodges. Wildlife lovers come here from all corners of the globe in search of the "Big Five": lion, buffalo, leopard, rhino, and elephants. Coral reefs, shark dives, dragon-backed mountain ranges, white-water rafting, and golden beaches lapped by legendary surf breaks are some of South Africa's many other attractions. Traveling around this vast land and touring the vibrant cities, visitors can learn about the nation's turbulent history. Travelers coming to South Africa for medical treatments do so for cost savings, advanced medical technology, and the internationally qualified and skilled doctors. The country welcomes an ever-increasing number of medical tourists each year, many of which travel for Liver Cancer Treatment procedures. Medical Tourists travel from all across the globe, particularly from African countries with an inferior healthcare system. Popular destinations include the capital city, Pretoria, neighboring Johannesburg, and the stunning Cape Town.