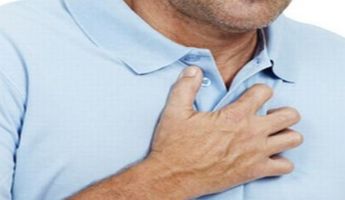 Find the best clinics for Myocardial Infarction Treatment in Poland

MyMediTravel currently has no pricing information available for Myocardial Infarction Treatment procedures in Poland. However, by submitting your enquiry, you'll hear back from the facility with more details of the pricing.

American Heart of Poland, located in Aleja Armii Krajowej, Bielsko Biala, Poland offers patients Myocardial Infarction Treatment procedures among its total of 377 available procedures, across 31 different specialties. Currently, there's no pricing information for Myocardial Infarction Treatment procedures at American Heart of Poland, as all prices are available on request only. There are many specialists available at the Clinic, with 5 in total, and they are not accredited by any recognized accreditations institutes

What you need to know about Myocardial Infarction Treatment in Poland Myocardial infarction (the medical name for heart attack) is permanent damage to the heart muscle. It is a life-threatening condition that needs immediate treatment. The treatment options include medications, interventional procedures, and coronary artery bypass surgery.

What does a Myocardial Infarction Treatment Procedure Involve?

If you are in the emergency room within 30 minutes from the start of heart attack symptoms, your doctor may give you medications to prevent or break up blood clots, stops platelets from sticking to the plaque, prevent further ischemia, and stabilize the plaque. Shortly after a heart attack or during the heart attack, your doctor may use a minimally invasive procedure known as angioplasty to unblock the arteries that supply blood to the heart. In some cases, your doctor may want to do a coronary artery bypass graft surgery (CABG) several days after the heart attack in which your arteries and veins are rerouted so your blood can flow around the blockage. Surgery is performed under general anesthetic.

How Long Should I Stay in Poland for a Myocardial Infarction Treatment Procedure?

In general, you will need to stay in the hospital for about 7 days after treatment so the medical staff can monitor your recovery. Plan to stay in Poland for at least 14 days as you need to attend follow-up checkups as your doctor will monitor your condition and remove any stitches if you underwent surgery.

MyMediTravel currently lists 1 facilities in Poland offering Myocardial Infarction Treatment procedures - see above for the complete list, along with estimated prices. The price of a Myocardial Infarction Treatment can vary according to each individual’s case and will be determined based on your medical profile and an in-person assessment with the specialist. For a personalized quoteClick Here to submit your details

A full recovery may take around 12 weeks after surgery, but you may be able to return to work and most of your activities earlier than that, typically about 6 to 8 weeks. Make sure to avoid intense exercise, heavy lifting, and other physically demanding activities until you are allowed to by your doctor.

What sort of Aftercare is Required for Myocardial Infarction Treatment Procedures in Poland?

Your doctor may suggest you join a cardiac rehabilitation program to help you get back to your everyday life as soon as possible. You may want to do light activities as soon as you are discharged from the hospital and continue to have regular exercise even after you have fully recovered. Besides regular exercise, eat a healthy and balanced diet, stop smoking, lose weight if you are obese or overweight, and limit your alcohol intake to prevent another heart attack from happening and reduce the risk of developing further heart problems.

Today, the success rate for myocardial infarction treatment is higher than ever. Thanks to medical advancement, the treatment has allowed more people to survive from a heart attack. However, there are side effects and risks to be aware of, including irregular heartbeat, brain-related problems, infection, reduced kidney function, tiredness, muscle pain, loss of appetite, constipation, mood swings, and back pain.

Are there Alternatives to Myocardial Infarction Treatment Procedures in Poland?

Heart attacks need immediate treatment and should not be left untreated to avoid any further complication and death. The treatments mentioned above are currently the best options, but you can always consult your doctor about your options if you do not want to undergo any of them.

Before treatment, you may experience chest pain, shortness of breath, pressure in the chest, sweating, anxiety, dizziness, and a fast heart rate. Also, your risk of not surviving the attack is very high. After treatment, all of the symptoms are relieved, you have a higher chance of survival, and you can return to your normal life.

Myocardial Infarction Treatment in and around Poland

One of the largest countries in Central Europe, Poland has only recently emerged as a serious Medical Tourism destination and is popular with tourists from the surrounding countries, many of which travel for Myocardial Infarction Treatment procedures. With its open borders, traveling between the European Union (EU) is made that much simpler. Poland hosts a mix of publicly-owned and privately-owned facilities, none of which are JCI accredited, however, local accreditations are provided by the Polish Ministry of Health and are recognized by the EU. The most common procedures include dental, cosmetic, orthopedic, and bariatric, all of which are offered at considerably lower prices than its Western European neighbors. Popular medical tourism destinations outside of the capital, Warsaw, include Krakow, Jelenia Gora, and Wroclaw.