Find the best clinics for Breast Cancer Treatment in Thailand

MyMediTravel currently has no pricing information available for Breast Cancer Treatment procedures in Thailand. However, by submitting your enquiry, you'll hear back from the facility with more details of the pricing.

Amazing doctors, amazing staff. The doctor and nurses were very caring. Answered all of my questions clearly and provided excellent service. They were all quick and efficient. The room I stayed in was very comfortable and the food was great. If you want to undergo medical treatment in Phuket, you should definitely choose Bangkok Hospital Phuket.

I love the surgeon and staff here. They are very attentive, caring, and professional. I have received nothing but 5 star treatment. The surgeon helped me feel relaxed about my surgery and the nurse makes me feel comfortable and feel ok. They even help me to get back home sooner. Cannot praise everyone enough. They were absolutely fantastic. Plus, the waiting time is short and the clinic is very clean.

From the moment I walked in to the time I left, I was well looked after. The nurses were all lovely and helped me deal with the stress I had before my procedure. Thanks to them I felt comfortable and relaxed. Thank you, I really appreciate the hardwork. The doctor is very professional and quick. The departments are clean, tidy, and well maintained. Plus there is a coffee shop, as well as several shops. 👍

What you need to know about Breast Cancer Treatment in Thailand

It's likely you'll be advised by the medical team to stay in Thailand for up to two weeks after your surgery, this will allow for enough time for your wounds to heal and have stitches removed, if required. The surgeon will expect to see you for at least one or two post-op consultations before giving the all clear to travel home again. The success rate for Breast Cancer Treatment in Thailand is now extremely high given the recent advances in medical technology and surgeon experience. However, with any surgery, there is always the possibility of complications, such as infection, bleeding, numbness, swelling and scar tissue. But if you rest post-op and follow the surgeon's recovery advice, you can expect to reduce these odds close to zero. 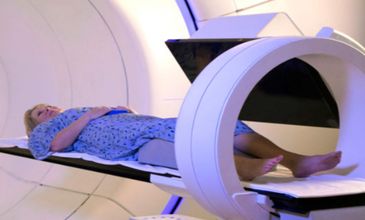 Breast Cancer Treatment in and around Thailand

Thailand welcomes hundreds of thousands of medical tourists each year, many of which travel for Breast Cancer Treatment procedures. Medical Tourists travel from all across the globe, particularly from the local SE Asia region, Australia, United States, Middle East and an increasing amount are traveling from China. An outstanding private healthcare system combined with a hot tropical climate and competitive prices means that Thailand is now the third most popular destination in the world for medical tourism. The most popular procedures tend to be cosmetic surgery (breast augmentations, gender reassignment surgery, and CoolSculpting to name a few), cardiac surgery, orthopedics, and urology.