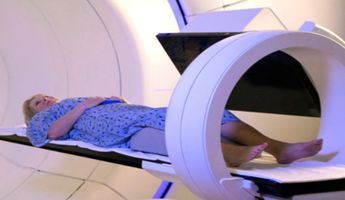 Find the best clinics for Proton Therapy in Thailand

MyMediTravel currently has no pricing information available for Proton Therapy procedures in Thailand. However, by submitting your enquiry, you'll hear back from the facility with more details of the pricing.

What you need to know about Proton Therapy in Thailand What does a Proton Therapy Procedure Involve?

How Long Should I Stay in Thailand for a Proton Therapy Procedure?

You may need to stay in the hospital for about 8 days after the surgery, but you should aim to stay in Thailand for at least 14 more days. If you undergo therapy, your length of stay is determined by the number of cycles needed for your case.

MyMediTravel currently lists 1 facilities in Thailand offering Proton Therapy procedures - see above for the complete list, along with estimated prices. The price of a Proton Therapy can vary according to each individual’s case and will be determined based on your medical profile and an in-person assessment with the specialist. For a personalized quoteClick Here to submit your details

What's the Recovery Time for Proton Therapy Procedures in Thailand?

Most people can resume their normal activities straight after the procedure, including returning to work and exercise. However, you can rest for the day if you feel the need to since radiation therapy can make you feel drained of energy.

What sort of Aftercare is Required for Proton Therapy Procedures in Thailand?

Your doctor will likely tell you of any restrictions or diet to follow, which will depend on your specific case. You may notice skin redness similar to sunburn around the affected area, your doctor should tell you how to care for this. You may need to attend a periodic imaging test to see how the treatment is affecting the tumor.

What's the Success Rate of Proton Therapy Procedures in Thailand?

The success rate for proton therapy depends on your condition and the time you get the therapy, the earlier you get treatment the higher the success rate is. In general, proton therapy has an 82% success rate. There are some side effects and risks that come with the procedure, including sore skin, hair loss in the treatment area, fatigue, headaches, as well as eating, mouth, and digestion problems.

Are there Alternatives to Proton Therapy Procedures in Thailand?

If you do not want to undergo proton therapy or you are not an ideal candidate for the procedure, you can consider surgery, immunotherapy, chemotherapy, targeted drug therapy, or traditional radiation therapy. Make sure to consult your doctor which one is best for you.

After proton therapy, you may be able to enjoy your life as you used to as your symptoms will be relieved. The risk of cancerous tumors spreading to other areas of your body will also greatly reduce and your survival rate may be increased significantly after the procedure.

Proton Therapy in and around Thailand

Thailand welcomes hundreds of thousands of medical tourists each year, many of which travel for Proton Therapy procedures. Medical Tourists travel from all across the globe, particularly from the local SE Asia region, Australia, United States, Middle East and an increasing amount are traveling from China. An outstanding private healthcare system combined with a hot tropical climate and competitive prices means that Thailand is now the third most popular destination in the world for medical tourism. The most popular procedures tend to be cosmetic surgery (breast augmentations, gender reassignment surgery, and CoolSculpting to name a few), cardiac surgery, orthopedics, and urology.