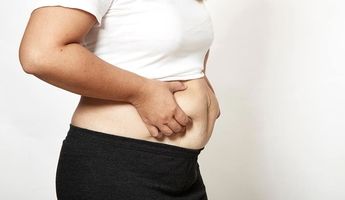 Find the best clinics for Gastric Band Surgery in Bangkok

With MyMediTravel you can browse 1 facilities offering Gastric Band Surgery procedures in Bangkok. The cheapest price available is $11,420 - what are you waiting for?

I love the surgeon and staff here. They are very attentive, caring, and professional. I have received nothing but 5 star treatment. The surgeon helped me feel relaxed about my surgery and the nurse makes me feel comfortable and feel ok. They even help me to get back home sooner. Cannot praise everyone enough. They were absolutely fantastic. Plus, the waiting time is short and the clinic is very clean.

Compare Before & After Photos of Gastric Band Surgery

What you need to know about Gastric Band Surgery in Bangkok 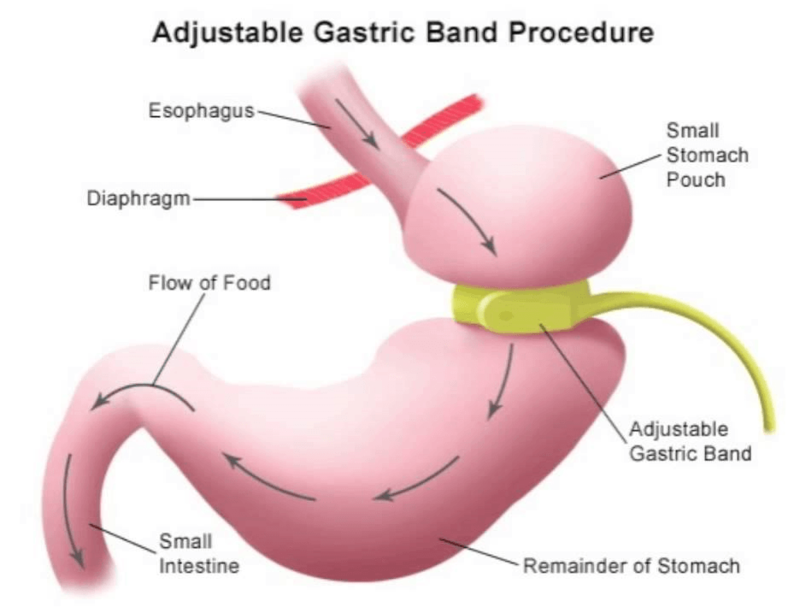 A gastric band is a type of bariatric surgery (weight loss surgery) to treat obesity. This procedure involves placing an inflatable silicone band at the upper part of the stomach to reduce the size of your stomach and reduce food intake, so you will feel full after eating less food. Unlike many other types of bariatric surgery, such as Gastric Bypass, this procedure is minimally invasive, quick, reversible, and adjustable.

Your doctor may recommend gastric band surgery for you if your body mass index (BMI) is 30 – 35, non-surgical approaches (such as regular exercise and dietary changes) have not proven effective, and/or you have obesity-related diseases. However, doctors do not recommend this procedure for people who have current alcohol or drug abuse disorder and people who have an uncontrolled psychiatric illness.

After gastric band surgery, you will slowly lose your excess weight and your risk of developing weight-related diseases, such as type 2 diabetes and heart disease, is significantly reduced. You will be able to lead a more active life and enjoy numerous activities you could not do before, such as sports.

MyMediTravel currently lists 1 facilities in Bangkok offering Gastric Band Surgery procedures - see above for the complete list, along with estimated prices. The price of a Gastric Band Surgery is usually standardized across all patients but a pre-assessment by the surgeon will confirm the price prior to traveling. For a personalized quote Click Here to submit your details

What does a Gastric Band Surgery Procedure Involve?

Gastric band surgery is carried out under general anesthesia, so you will be asleep during the procedure.

To start the procedure, your surgeon creates several small incisions in your abdomen. These incisions are made to insert a device called a laparoscope, which is a long narrow tube with a camera on its end, as well as small surgical tools. The camera will give clear pictures of your stomach to guide the surgeon. Using the small surgical tools and guided by the camera, your surgeon places an inflatable, silicone band around the top part of your stomach and attaches a tube to the band. The tube can be accessed through a port under the skin of the abdomen. Using the port, saline solution is injected to inflate the band. The saline-filled band divides your stomach into two parts, a small pouch and a large pouch. Food will enter the smaller pouch. Since the smaller pouch can only hold smaller amounts of food, you will feel fuller faster.

How Long Should I Stay in Bangkok for a Gastric Band Surgery Procedure?

It takes around 30 to 60 minutes to complete Gastric Band surgery. The procedure is usually carried out as an outpatient procedure, meaning you can leave the hospital on the same day of the surgery once the effects of the anesthesia wear off. While you can leave the hospital immediately, you should plan to stay in Bangkok for at least 14 days following your surgery to allow your body to heal and to attend follow-up checkups.

The recovery time after gastric band surgery is relatively short and easier than most other types of bariatric surgery. You should be able to resume your normal activities within 2 days. However, you should wait at least a week until you can go back to work, particularly if your job is physically demanding.

What sort of Aftercare is Required for Gastric Band Surgery Procedures in Bangkok?

Your surgeon will give you a diet plan for your recovery period. For the first few days following your surgery, your diet is restricted to water and fluids, such as juices, thin soups, and milk. Up until the end of the fourth week, you can eat liquid and blended foods, such as pureed vegetables and yogurt. Soft foods are introduced 4-6 weeks following the surgery. After 6 weeks, you should be able to resume your normal diet.

Besides a diet plan, your surgeon will also provide detailed post-operative instruction. You should take medicines as and when prescribed by your surgeon, use ice packs to deal with inflammation, change your bandage regularly, and avoid lifting heavy objects.

It is also important that you consult a nutritionist who will make sure that your diet consists of food items rich in vitamins and minerals. Following dietary recommendations from your nutritionist and surgeon with care is vital because overeating can lead to dilation of the esophagus and vomiting. You also need to make healthy lifestyle changes to optimize and maintain your weight loss.

On average, you should be able to lose 40% to 60% of your excess weight after gastric band surgery. Most people lose about 0.5 kg to 1 kg each week following the surgery. One year after the surgery, you can expect to have lost between 22 kg and 45 kg of your excess weight. In order to accomplish long-term weight loss, you will need to be committed to maintaining a healthier lifestyle, by following a healthy diet and exercise regularly. It is important to bear in mind that gastric band surgery is a tool that will help you lose weight, instead of a shortcut.

Before considering the surgery, you need to be aware of the risks associated with having a gastric band, which may include:

Are there Alternatives to Gastric Band Surgery Procedures in Bangkok?

Gastric Band Surgery in and around Bangkok

Bangkok is the Capital city of Thailand and is ranked as one of the world’s most popular holiday destinations. The city holds a magical spell over its visitors and is full of beautifully decorated Buddhist temples, Royal palaces, museums, restaurants, and nightlife. Recently, the city has become the gateway to a large number of medical tourists. According to a BBC report, more than 80% of all medical tourists travel to Thailand, aiming to get the best medical attention, of which Bangkok and Singapore remain as the most popular destinations for expats. The trend is increasing by 10% to 15% per year and has been a strong economic driver for the country, next to the tourism industry.

Medical tourism in Bangkok is highly rated within the industry for many reasons, including:

For starters, Bangkok is a well-developed city. There are plenty of places to stay; shop and explore and deciding where you want to stay can be a difficult decision.

One way to choose the place you will likely stay at is to prioritize your activities. For example, if you want to shop then Sukhumvit may be the right district. This 18-kilometer long road is the commercial center and some of the best shopping malls and retail markets are dotted along this road.

The Siam district would be a great place to stay as the more popular and trendy shopping centers can be found here with a great selection of restaurants. There are various other attractions too, the Siam Ocean World, Kidzania, Erawan Shrine, Madame Tussauds, and the BACC, Bangkok's biggest art gallery, and cultural center.

Weather and climate in Bangkok

Bangkok endures a tropical monsoon climate, it is hot and humid for the vast majority of the year with temperatures reaching thirty degrees centigrade. The best weather for visiting tourists in Bangkok is experienced between December and February as the temperature is much cooler and

There are three seasons in Bangkok –

Getting around in Bangkok

There are two airports that serve Bangkok. All the international flights land at Suvarnabhumi International Airport and almost all of the domestic carriers, operate from Don Mueang Airport.

It takes sixty minutes to travel between the two airports and you must check with the airlines which airport your carrier is operating out of. You must also remember to check in for your flight at least two hours in advance to avoid the last minute rush.

Within the city, sky-trains and the underground MRT trains are the best ways to avoid heavy traffic. Taxis and tuk-tuks can also be used for shorter journeys around the city. Most taxis have meters, and you should avoid any that don't to protect yourself from scams. Ask your hotel to help you call for a cab, as they often have relationships with trustworthy companies. For a scenic view of the city, try hopping on a riverboat down the Chao Phraya River.

If you wish to visit Bangkok, you will have to go to your nearest Thai embassy to get a visa. The Thai government has a bilateral trade agreement with various countries. It allows citizens of fifty-five countries to enter without any visa. They can stay for a maximum period of thirty days before having to leave the country.

If you entered Thailand and received a 30 day stamp in your passport (this is called a 30 day visa exemption) you can also extend a 60 day tourist visa by 30 days to a total of 90 days for the same fee you can extend this stamp a further 30 days at any Thailand immigration center for a fee of 1900 Baht.

When arriving in Bangkok, the immigration officials can insist to see your return ticket. You must also provide proof of having access to at least ten thousand Bahts to fund your stay in the country.