MyMediTravel currently has no pricing information available for Impacted Tooth Extraction procedures in South Africa. However, by submitting your enquiry, you'll hear back from the facility with more details of the pricing.

Fantastic Dr and his bills are within most budgets!!

Comfortable, professional and honest with their recommendations.They will get the job done and follow up to make sure everything is okay.Thank you Dr. Rita Nel, Dr. Zander Grobler, Christal and Atira for great service. I would definitely recommend this dental practice.

Very pleasant experience.Treated like a king. Had new dentures made.

The dermatologist, Dr Ayanda M. Is the greatest to ever happen to my son , who has been struggling with extreme ezcema from a young age and now a young adult. She has not only cleared the bad skin away but has kept it well under control. Humbled by her genuine care, warmth and professionalism. We travel a few kilometers for your services. Thank you

My experience with Dr Kalan and associates was truly amazing, I’ve been with dentist on main for a few years now and not once did I ever have a bad/unpleasant experience. All staff members are friendly and always doing their best to keep patients happy. The safety and hygiene measures are a 10/10, even before the covid-19. Many thanks dentist on main.

Hyde Park Dentist, located in Council St, Johannesburg, South Africa offers patients Impacted Tooth Extraction procedures among its total of 44 available procedures, across 2 different specialties. Currently, there's no pricing information for Impacted Tooth Extraction procedures at Hyde Park Dentist, as all prices are available on request only. There are many specialists available at the Dental, with 4 in total, and they have multiple recognized accreditations, including: ITI - International Team for ImplantologyHPCSA - Health Professions Council of South AfricaSADA - South African Dental AssociationSAAAD - South African Academy Of Aesthetic Dentistry

Impacted Tooth Extraction is a non-invasive dental procedure that can be carried out at short notice by any trained dentist. This type of Dentistry procedure / treatment is very affordable the world over, and particularly in South Africa - this is mostly because the skill set, experience and equipment required by the specialist doesn't need to be especially advanced. For Impacted Tooth Extraction, photos are required for the specialist to review prior to treatment.

Recovery is fast, with just minor discomfort to be expected, which may take a day or two to completely go away, but generally, you can expect to get on with your day immediately after Impacted Tooth Extraction. Forms of aftercare may include avoiding eating a few hours after and avoid consuming drinks that may stain your teeth like coffee or red wine.

Unless you opt for more dental procedures after, you are free to leave South Africa right away. Considering the high success rate of this dental treatment, complications are rare and when they do occur it's mostly just prolonged soreness and swelling of the gum and surrounding area or increased sensitivity on the teeth. If this continues or the pain becomes too much, you can go back to the dentist who may prescribe additional painkillers and meds to help combat the pain.

Whilst the information presented here has been accurately sourced and verified by a medical professional for its accuracy, it is still advised to consult with your doctor before pursuing a medical treatment at one of the listed medical providers. This content was last updated on 07/09/2020. 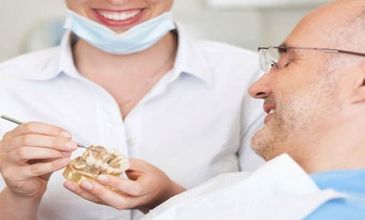 Impacted Tooth Extraction in and around South Africa

South Africa is home to some of the world's most luxurious private game reserves and lodges. Wildlife lovers come here from all corners of the globe in search of the "Big Five": lion, buffalo, leopard, rhino, and elephants. Coral reefs, shark dives, dragon-backed mountain ranges, white-water rafting, and golden beaches lapped by legendary surf breaks are some of South Africa's many other attractions. Traveling around this vast land and touring the vibrant cities, visitors can learn about the nation's turbulent history. Travelers coming to South Africa for medical treatments do so for cost savings, advanced medical technology, and the internationally qualified and skilled doctors. The country welcomes an ever-increasing number of medical tourists each year, many of which travel for Impacted Tooth Extraction procedures. Medical Tourists travel from all across the globe, particularly from African countries with an inferior healthcare system. Popular destinations include the capital city, Pretoria, neighboring Johannesburg, and the stunning Cape Town.