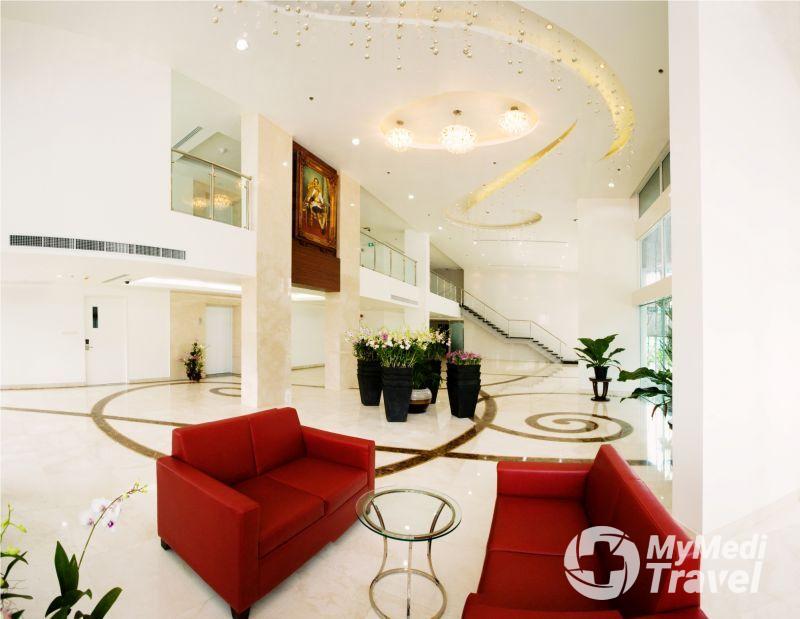 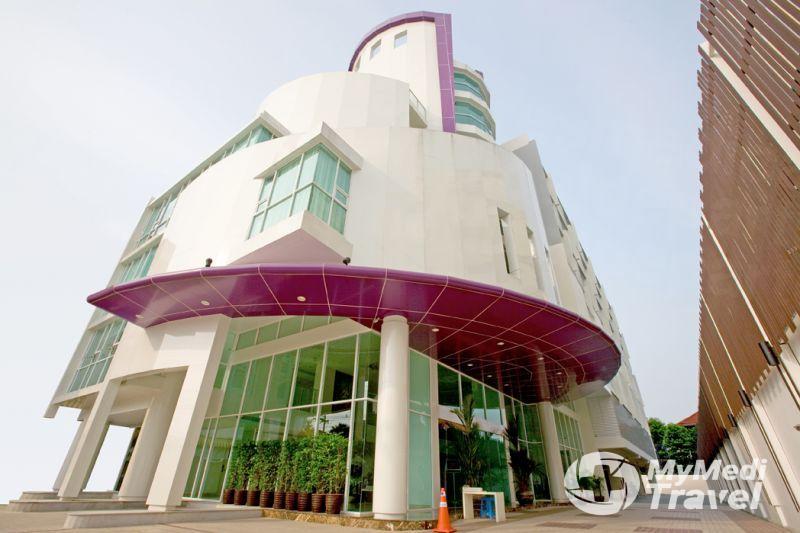 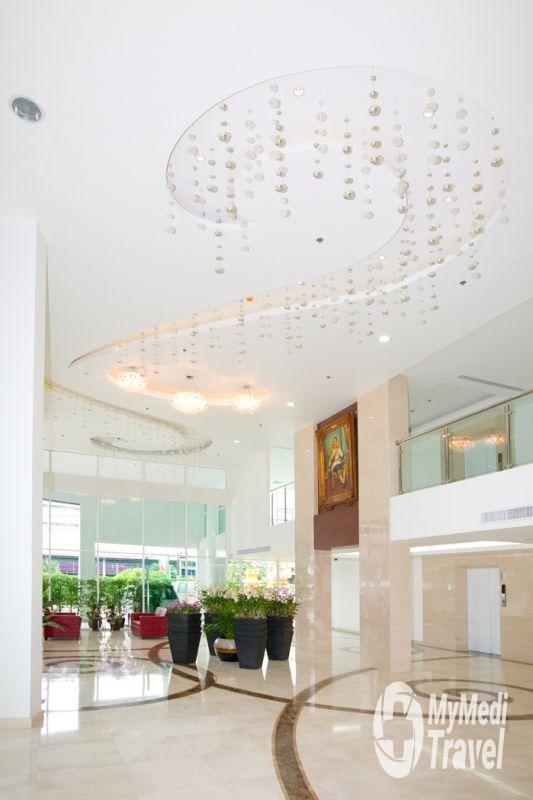 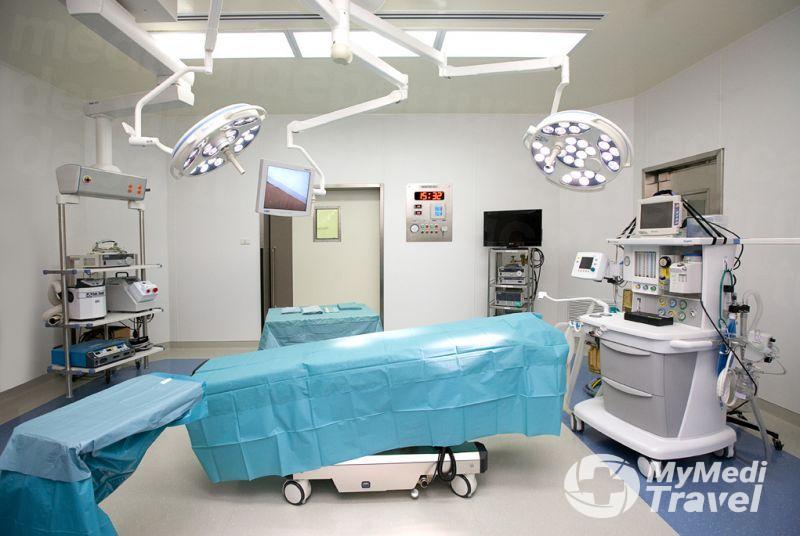 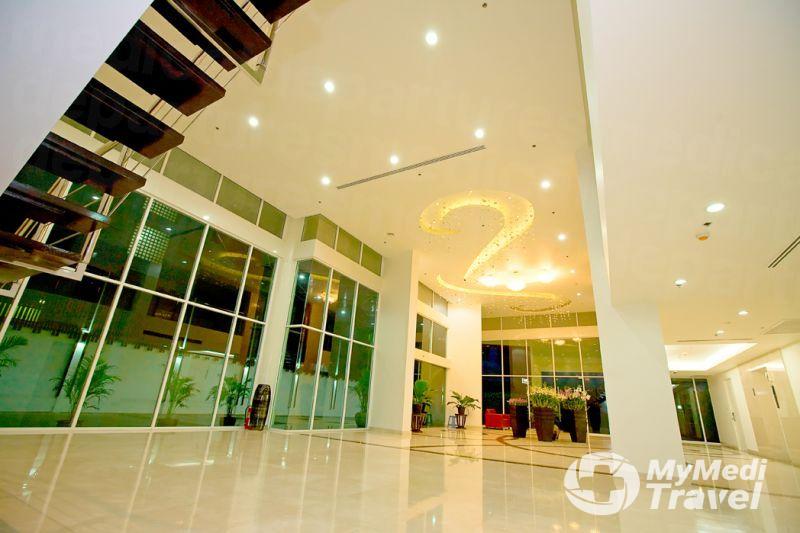 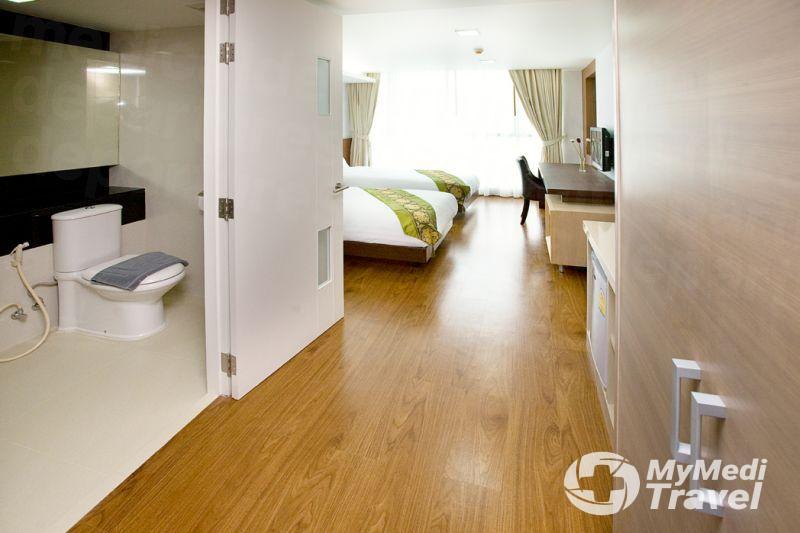 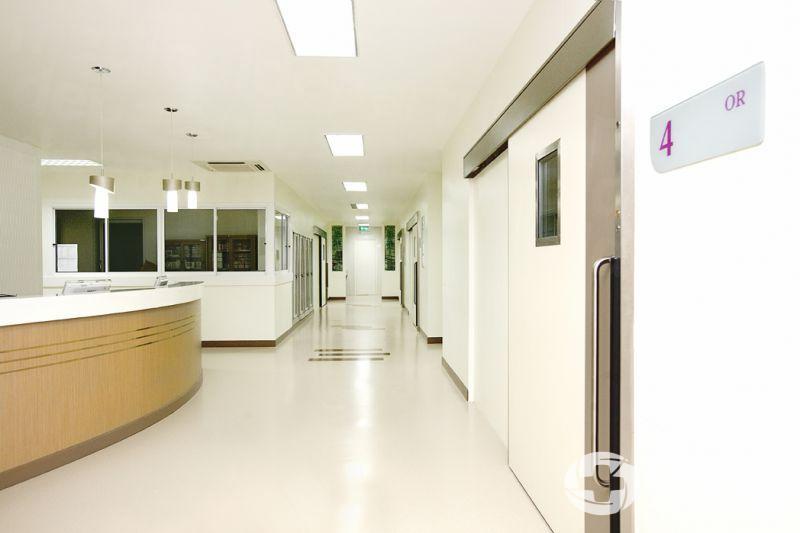 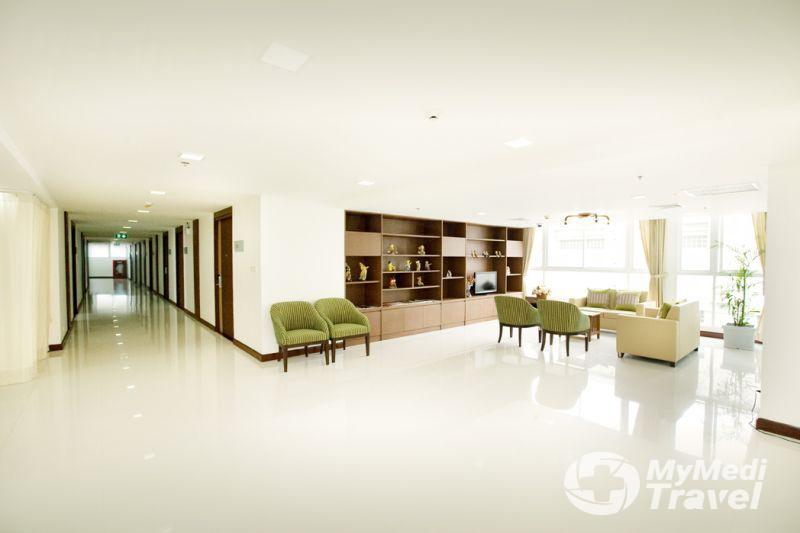 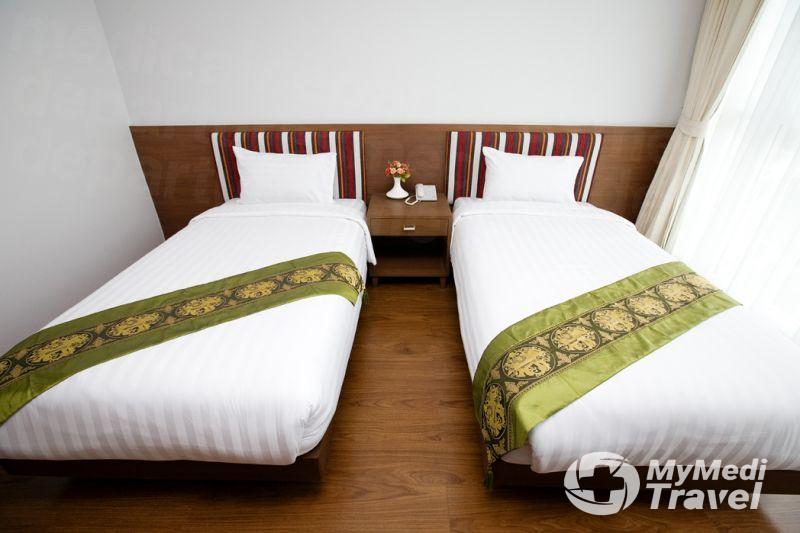 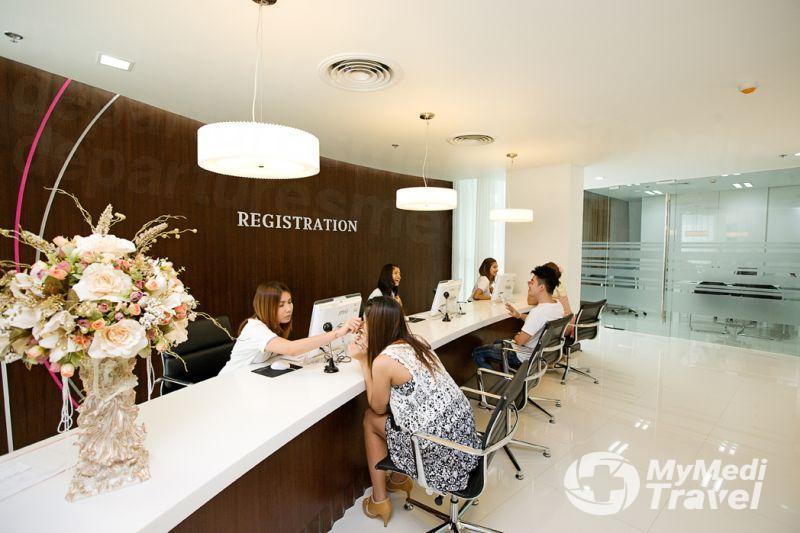 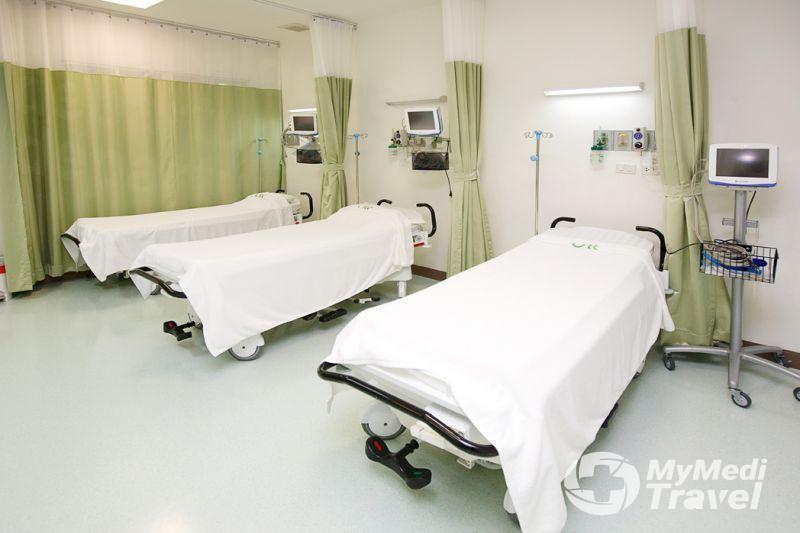 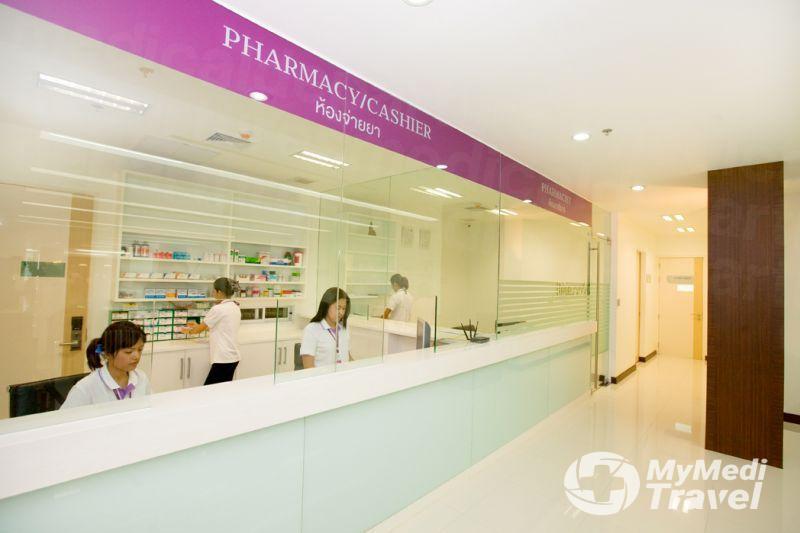 Hymenoplasty procedures are available at Kamol Hospital with the prices ranging from $69,000 to $100,000. Kamol Hospital is located in Wang Thong Lang, Bangkok, Thailand and performs 38 procedures across 8 specialties. It is 14.8 Km away from the City and was established in 2009 Jan.

Situated in the East of the city in Bangkok's popular Wang Thong Lang district, the Kamol Hospital is famous for its plastic / cosmetic surgery.

Having achieved the highest form of international recognition, JCI-accreditation in 2015, patients are guaranteed to benefit from the highest standards of care and quality from the hospital and its staff throughout, whilst the surgery is carried out by one of the most highly regarded Plastic Surgeons in the whole of SE Asia. Dr. Kamol has performed thousands of different plastic surgeries over the years and is considered the go-to surgeon for many Thai celebrities seeking elective treatments.

This 5,000m2 ultra-modern facility is run by a large team of doctors and medical staff led by Dr Kamol himself. They specialize in Gender reassignment surgeries, breast augmentations, facial surgeries, including Rhinoplasties, Female Feminization Surgeries and many more. 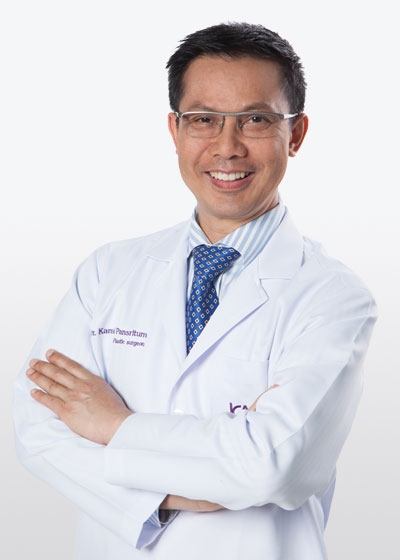 Having graduated from Chulalongkorn Medical School in Bangkok, Dr Kamol is respected throughout the medical community as one of the most experienced gender reassignment surgeons. He performs both M to F and F to M procedures, along with face feminisation surgeries and mastectomies. Each year performing over 2,000 M to F sergeries and since 1997, over 10,000 surgeries in total. Dr Kamol is the chief plastic surgeon at Kamol Cosmetic Hospital.

Membership in Clubs and Associations

The Medicine Council of Thailand Full Registration license no. 13427

Board of Directors of Society of Plastic and Reconstructive Surgeons of Thailand, 2001 – 2003 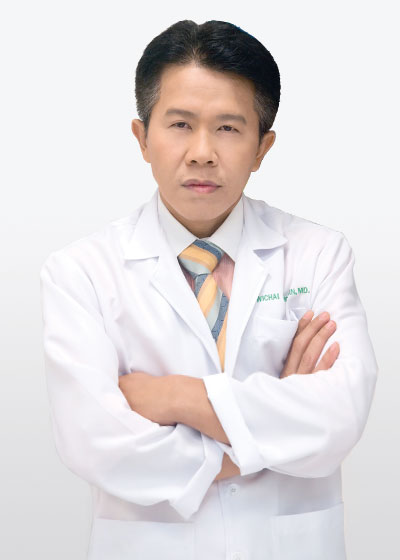 Dr.Wichai is a plastic surgeon. He learned and worked together with Dr. Kamol for more than 10 years. He learned the know-how and surgical techniques from Dr. Kamol. He is specialized in cosmetic and sex reassignment surgery.

Member of The Royal College of Family Physicians of Thailand 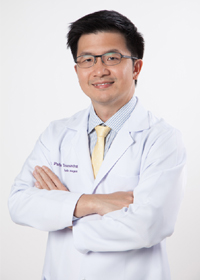 He is specialized in Rhinoplasty Laser Surgery and Micro-Surgery. He has a lot of experience in head, neck and facial surgery.

Membership in Clubs and Associations

The Medicine Council of Thailand Full Registration license no. 27022 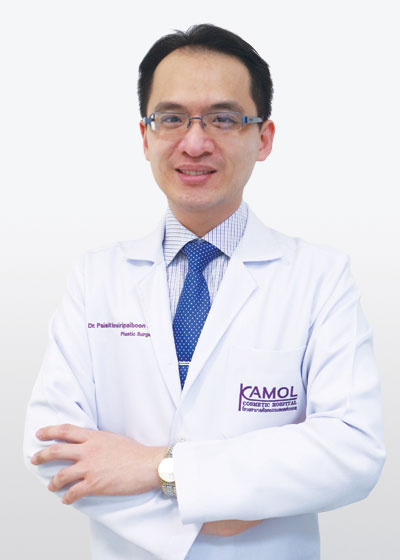 The Medicine Council of Thailand Full Registration license no. 24356

Member of Medical Association of Thailand

Member of The Royal College of Surgeons of Thailand

2006 The second runner-up residency research award at the department of surgery , Ramathibodi Hospital

Kamol cosmetic hospital is great. 5 star is not enough coz they give thier 100% always.
seunghui yoo

nurses are kind and food are great
Troy Hom

My experience with Kamol Cosmetic Hospital was amazing. After my consultation, dr. Kamol knew exactly what was needed to be done. My surgery results were amazing with dr. Kamol and his staffs. They were very professional in every aspects... Thank you so much for everything (life improvement in all) dr. Kamol and all staffs. Everyone, I highly recommend you to this Kamol Cosmetic Hospital .....
MImi Siviseth

Dr. Kamol very nice. I saw him on consultation first he explained about the procedure and took and initiative to observed my eyes. The facility is very clean. The staff are great with professional demeanor!!!!
аня Кусова

Amazing Hospital. Surgeons, Nurses, Registration team and even the housekeeping team were just absolutely amazing, accomodating and professional. It felt like a family. The level of care was top knotch; of the highest calibre. Best decision to finalise my transition with this Hospital. I can't wait to come back! Highly recommend Kamol Cosmetic Hospital!
Tracey Prete

Kamol Hospital was amazing. My journey to Thailand was wonderful. I could not ask for a more friendly, comforting, safe environment. It allowed me to be at peace.
Valerie Tan

I did my tracheal shave or adams apple shave unfortunately I am disappointed with the result because I can still see a small adams apple. I only hurt myself and didnt get the results I really want. The hospital is great as well as the staff but the surgery result is not good
Akane Kaji

This is the place where your dreams come true.
Ellie Sarah Cartman

Excellent technical,safe and beauty ! We will come back soon
Mohammadreza Motamedi

This hospital elegant and take care patient everythig perfect in here you can have a good experience in here.
Seb

Hospitals and Clinics Nearby Kamol Hospital

The information being provided by MyMediTravel about Kamol Hospital is for the visitor's personal, non-commercial use and may not be used for any purpose other than to identify prospective treatments and procedures. Any information relating to Kamol Hospital referenced on this web site comes from the Internet Data Exchange program defined by MyMediTravel. This web site may reference listings held by a brokerage firm other than the broker and/or agent who owns this web site. Any information relating to Kamol Hospital, regardless of source, including but not limited to prices and available procedures, is deemed reliable but not guaranteed. The data contained herein is copyrighted by MyMediTravel and is protected by all applicable copyright laws. Any dissemination of this information is in violation of copyright laws and is strictly prohibited.