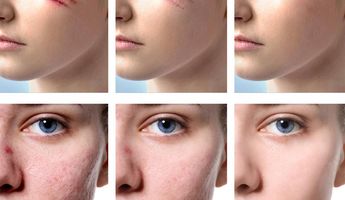 Find the best clinics for Scar Removal in Bangkok

With MyMediTravel you can browse 3 facilities offering Scar Removal procedures in Bangkok. The cheapest price available is $33 - what are you waiting for?

Pimples from wearing masks all the time Come to consult a doctor, the doctor is very recommended. There are many lasers here, so you can choose what you are suitable for on the day of your visit.The doctor spoke well, not cramming it.

Not bad, service is good, I just saw my teeth in this hospital today

What you need to know about Scar Removal in Bangkok 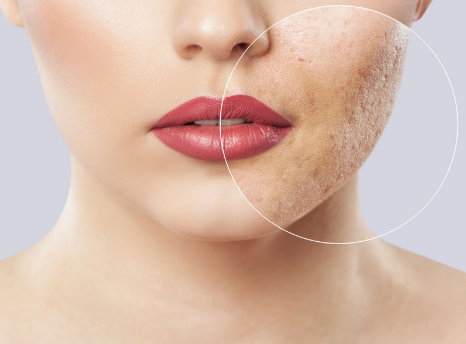 Scars are the unavoidable results of injury or surgery. While some people do not have any problems with their scars and even consider them as marks of pride, others just want them to go away. Because they can affect a person’s appearance, they can make some people feel self-conscious.

Scar removal is a procedure to diminish a scar to make it appear less noticeable and to help it blend in with the surrounding skin texture and skin tone so that it looks “removed.” Since scars are one of the most difficult cosmetic skin issues to treat, they cannot be completely erased. Therefore, scar removal does not actually remove a scar. Instead, the procedure provides a more pleasing cosmetic result and will make the scar look significantly less visible.

There are several types of scar removal techniques available. These include:

Injections – steroid injections can shrink the size of a scar that rises above your skin, making it even with the surface of the skin. Dermal fillers or collagen can also be used. They work by filling the area around a deep scar.

MyMediTravel currently lists 3 facilities in Bangkok offering Scar Removal procedures - see above for the complete list, along with estimated prices. The price of a Scar Removal can vary according to each individual’s case and will be determined based on photos and an in-person assessment with the specialist. For a personalized quote Click Here to submit your details

How Long Should I Stay in Bangkok?

Your length of stay varies depending on the type of scar removal you underwent. For injections, you only have to stay for a few days, usually about 2 to 3 days. For dermabrasion and laser scar removal, it is recommended that you stay in Bangkok for about 5 days. For surgical scar removal, plan to stay at least 7 to 10 days as you need to attend regular checkups. Chemical peels usually require multiple treatments, so your length of stay will be based on the number of treatments you need.

After all types of scar removal techniques, your doctor will give you detailed aftercare instructions. The instructions may include how to care for the affected area, medications to take, and restrictions.

You may be advised to avoid sunlight for a few weeks after scar removal. When you have to go outdoors during the day, make sure to cover your skin (such as wearing a wide-brimmed hat) and use a broad-spectrum sunscreen (at least SPF 30). You should also try to elevate the wound while sitting or resting to reduce swelling. It is important that you avoid bumping or hitting the area.

Scar removal is a safe and effective treatment. However, it is important to have realistic expectations. Bear in mind that there is currently no procedure that can completely erase a scar, so scar removal can only fade the scar to some extent. As with any other procedure, scar removal also carries risks and side effects. These include bleeding, change in skin sensation, infection, skin sensitivity, and deep vein thrombosis.

Are there Alternatives to Scar Removal?

You can try over-the-counter or prescription gels, ointments, or creams. These products can be used to make scars caused by cuts or other injuries appear less noticeable. Over-the-counter products are a great solution for minor scarring. If you have severe scarring, ask your dermatologist for advice.

Scar Removal in and around Bangkok

Bangkok is the Capital city of Thailand and is ranked as one of the world’s most popular holiday destinations. The city holds a magical spell over its visitors and is full of beautifully decorated Buddhist temples, Royal palaces, museums, restaurants, and nightlife. Recently, the city has become the gateway to a large number of medical tourists. According to a BBC report, more than 80% of all medical tourists travel to Thailand, aiming to get the best medical attention, of which Bangkok and Singapore remain as the most popular destinations for expats. The trend is increasing by 10% to 15% per year and has been a strong economic driver for the country, next to the tourism industry.

Medical tourism in Bangkok is highly rated within the industry for many reasons, including:

For starters, Bangkok is a well-developed city. There are plenty of places to stay; shop and explore and deciding where you want to stay can be a difficult decision.

One way to choose the place you will likely stay at is to prioritize your activities. For example, if you want to shop then Sukhumvit may be the right district. This 18-kilometer long road is the commercial center and some of the best shopping malls and retail markets are dotted along this road.

The Siam district would be a great place to stay as the more popular and trendy shopping centers can be found here with a great selection of restaurants. There are various other attractions too, the Siam Ocean World, Kidzania, Erawan Shrine, Madame Tussauds, and the BACC, Bangkok's biggest art gallery, and cultural center.

Weather and climate in Bangkok

Bangkok endures a tropical monsoon climate, it is hot and humid for the vast majority of the year with temperatures reaching thirty degrees centigrade. The best weather for visiting tourists in Bangkok is experienced between December and February as the temperature is much cooler and

There are three seasons in Bangkok –

Getting around in Bangkok

There are two airports that serve Bangkok. All the international flights land at Suvarnabhumi International Airport and almost all of the domestic carriers, operate from Don Mueang Airport.

It takes sixty minutes to travel between the two airports and you must check with the airlines which airport your carrier is operating out of. You must also remember to check in for your flight at least two hours in advance to avoid the last minute rush.

Within the city, sky-trains and the underground MRT trains are the best ways to avoid heavy traffic. Taxis and tuk-tuks can also be used for shorter journeys around the city. Most taxis have meters, and you should avoid any that don't to protect yourself from scams. Ask your hotel to help you call for a cab, as they often have relationships with trustworthy companies. For a scenic view of the city, try hopping on a riverboat down the Chao Phraya River.

If you wish to visit Bangkok, you will have to go to your nearest Thai embassy to get a visa. The Thai government has a bilateral trade agreement with various countries. It allows citizens of fifty-five countries to enter without any visa. They can stay for a maximum period of thirty days before having to leave the country.

If you entered Thailand and received a 30 day stamp in your passport (this is called a 30 day visa exemption) you can also extend a 60 day tourist visa by 30 days to a total of 90 days for the same fee you can extend this stamp a further 30 days at any Thailand immigration center for a fee of 1900 Baht.

When arriving in Bangkok, the immigration officials can insist to see your return ticket. You must also provide proof of having access to at least ten thousand Bahts to fund your stay in the country.