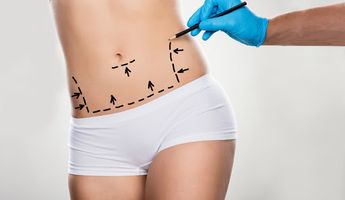 Find the best clinics for Vaser-Liposuction in South Africa

MyMediTravel currently has no pricing information available for Vaser-Liposuction procedures in South Africa. However, by submitting your enquiry, you'll hear back from the facility with more details of the pricing.

Dr Dawid Potgieter, located in Syfred Douglas St, Cape Town, South Africa offers patients Vaser-Liposuction procedures among its total of 99 available procedures, across 1 different specialties. Currently, there's no pricing information for Vaser-Liposuction procedures at Dr Dawid Potgieter, as all prices are available on request only. All procedures and treatments are undertaken by the lead specialist at the Hospital, and they have multiple recognized accreditations, including: HPCSA - Health Professions Council of South AfricaDepartment of Health, Western CapeFCS(SA) - Fellowship of the College of Surgeons of South Africa

Compare Before & After Photos of Vaser-Liposuction

What you need to know about Vaser-Liposuction in South Africa Vaser liposuction, also referred to as Vaser Lipo for short, is a type of cosmetic treatment performed to change the contours and shape of the body by eliminating stubborn fat deposits. Vaser stands for Vibration Amplification of Sound Energy Resonance, which is a specialized ultrasound technology that sends out ultrasonic frequency waves to break down fat cells from desired areas of the patient. Once the fat cells have been broken down, the surgeon can perform the liposuction part of the procedure, which is removing excess fat through a suction process.

Vaser Liposuction has become increasingly popular because the specialized ultrasound technology increases the accuracy of the procedure and minimizes damage to the surrounding tissue, which results in less bruising and pain compared to traditional liposuction. Also, since the fat cells are specifically targeted, the result is much more sculpted and smoother than traditional liposuction. Vaser Liposuction can be performed in many areas of the body, including the abdomen, back, arms, flanks, neck, thighs, calves, ankles, hips, buttocks, and under the chin.

Like other liposuction techniques, it is important to note that Vaser Liposuction is not a weight loss solution. The procedure is intended to contour the body and reduce stubborn excess fat. You must already be within your target weight before you consider undergoing this procedure.

MyMediTravel currently lists 3 facilities in South Africa offering Vaser-Liposuction procedures - see above for the complete list, along with estimated prices. The price of a Vaser-Liposuction can vary according to each individual’s case and will be determined based on photos and an in-person assessment with the specialist. For a personalized quote Click Here to submit your details

What does a Vaser-Liposuction Procedure Involve?

To begin the procedure, your surgeon injects a saline-anesthetic solution mixture or tumescent solution directly into treatment areas. This solution is used to expand the fat compartment and tightens small blood vessels. It also helps to start the breakdown of the fat cells and protects other tissues. Tiny incisions are then created in the targeted area to insert the Vaser ultrasonic probes. The vibration from the ultrasound will break down the fat. Once the fat is broken down, your surgeon will use a small cannula to remove the fat cells and liquid. Because the fat is broken down with the ultrasound, the fat extraction with the liposuction cannula is easier and less traumatic than in traditional liposuction.

How Long Should I Stay in South Africa for a Vaser-Liposuction Procedure?

Since your surgeon will schedule follow-up appointments to monitor your healing and remove your stitches, you may need to stay in South Africa for several days following the surgery. The recommended length of stay in the country is about three to seven days.

What's the Recovery Time for Vaser-Liposuction Procedures in South Africa?

The recovery period of Vaser Liposuction is typically short, but it depends on your general health and treated area. In general, you should be able to return to work and most of your daily activities within two to seven days. You also need to refrain from exercise or other forms of strenuous activities for about 2 weeks. However, if you have gone through a more extensive procedure, you need to prepare for a longer recovery period. The overall recovery time may take up to 24 days following the Vaser Liposuction.

What sort of Aftercare is Required for Vaser-Liposuction Procedures in South Africa?

Your surgeon will give you specific post-operative instruction. You must follow all the instructions closely to help you heal quickly and smoothly, as well as to avoid any possible complications. It is important that you rest as much as possible during the first few days. You may feel some pain and discomfort, but your surgeon will prescribe pain medication to help manage the discomfort.

It is important that you maintain a healthy lifestyle by following a healthy diet and exercising regularly to keep the results of your Vaser Liposuction. While mild weight fluctuations will go unnoticed, significant weight gain will become noticeable. Therefore, have a well-balanced diet, avoid too many sweets, and stay away from fast food.

What's the Success Rate of Vaser-Liposuction Procedures in South Africa?

Approximately 90% of women and men who have gone through Vaser Liposuction reported having achieved their target. The results of the procedure may be seen immediately, but the most significant improvement will appear in 6 to 8 weeks following the procedure. It may take about 6 months to achieve the final results.

Again, your new look will only remain if you take care of yourself. The results will not be permanent if you do not stick to an active and healthy lifestyle. The procedure is designed to give you a little boost and to get rid of persistent fat that you cannot remove easily through a healthy diet and exercise.

Are there Alternatives to Vaser-Liposuction Procedures in South Africa?

If you do not want to undergo Vaser Liposuction or you are not an ideal candidate for the procedure, you can opt for the nonsurgical alternatives:

Vaser-Liposuction in and around South Africa

South Africa is home to some of the world's most luxurious private game reserves and lodges. Wildlife lovers come here from all corners of the globe in search of the "Big Five": lion, buffalo, leopard, rhino, and elephants. Coral reefs, shark dives, dragon-backed mountain ranges, white-water rafting, and golden beaches lapped by legendary surf breaks are some of South Africa's many other attractions. Traveling around this vast land and touring the vibrant cities, visitors can learn about the nation's turbulent history. Travelers coming to South Africa for medical treatments do so for cost savings, advanced medical technology, and the internationally qualified and skilled doctors. The country welcomes an ever-increasing number of medical tourists each year, many of which travel for Vaser-Liposuction procedures. Medical Tourists travel from all across the globe, particularly from African countries with an inferior healthcare system. Popular destinations include the capital city, Pretoria, neighboring Johannesburg, and the stunning Cape Town.