Find the best clinics for Gastroenterology in India

MyMediTravel currently lists 85 facilities offering a total of 263 Gastroenterology procedures and treatments in India. For more information or to schedule your appointment, click the Enquire Now button and we’ll match you with the best and most affordable clinics in in India. And don't forget, our service is completely FREE!

Fortis Hospital Bangalore, located in Bengaluru, Bangalore, India offers patients Polypectomy procedures among its total of 190 available procedures, across 29 different specialties. Currently, there's no pricing information for Polypectomy procedures at Fortis Hospital Bangalore, as all prices are available on request only, whilst the national average price is approximately $2,506. There are many specialists available at the Hospital, with 9 in total, and they have multiple recognized accreditations, including: JCI AccreditedNABH

Nam mathlab care Hospital is cure hospital ,excellent hospital for treatment great thank you doctors ,nurses and each and everyone.....

I am Mrs Sejal Rathod, on 21st August I had a brain stroke and went blank and also my face became crooked I ignored these symptoms and when diagnosised I had a brain stroke and there was a 70 % blockageBut thanks to Doctor Pawan Pai who is my neuro surgeon and under his guidance I was able to recover very soon thanks to him for his timely attendance for his patienceHe is a very nice doctor

Best International Standards Critical Care team.Thanks to Dr Pavan and team,Nursing Staff for Incredible Work.Special Mention for the Hospital Management for Professional Management of the Hospital.

Dr Rajat Goel ( Bariatric Surgeon) He is best Dr in this world.

This is the great hospital this hospital alive dead patient

Excellent services from the doctors and nurses of the gastroenterology team . Special thanks to Dr Prakash K. Good services from the F and B team. Congratulating the Aster management for taking forward such a great venture.

How Long Should I Stay in India?

The type of procedure that you undergo determines your length of stay in India. Most procedures are performed on an outpatient basis, meaning you can leave the hospital or clinic on the same day. However, you generally need to stay in India for around a week for follow up appointments and to let your body recover before you can travel. If you undergo a diagnostic procedure, your doctor will discuss the results and create a treatment plan during the follow-up appointment.

It is crucial that you follow all of the instructions closely, to prevent the problem from getting worse or from reoccurring, you may need to make some dietary and lifestyle changes. You may also need to attend follow-up checkups to monitor your condition. You can have the checkups at home with your local doctor, or with your gastroenterologist in India. 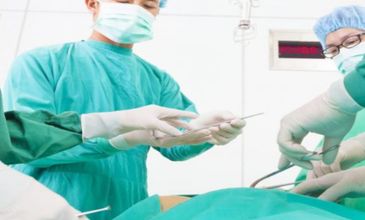 Gastroenterology in and around India

As the largest country in South Asia and the seventh-largest in the world, India is home to over one billion inhabitants. This extremely diverse country boasts one of the world’s fastest-growing economies and with its 38 JCI accredited facilities, it’s considered a prime destination for Medical Tourism. India welcomes an ever-increasing number of medical tourists each year, many of which travel for Gastroenterology procedures. Its low-cost medical procedures draw tourists from all over the world, particularly Western and Middle Eastern countries. Highly specialized doctors speak English and the vast majority are trained in the UK or the US, with heart surgery procedures being especially common in India. Local accreditation bodies include the Indian Healthcare Federation, the Indian Medical Tourism Council, the Ministry of Health and Family Welfare, and the National Accreditation Board for Hospitals & Healthcare Providers (NABH)

Buses are a nice option for short-distance travel. Some of the buses can be very uncomfortable but there are luxury buses with air conditioning. Tourists can purchase tickets online, in the station, or even on the buses.

Taxis are relatively affordable, but tourists have to bargain. Tourists can ask the taxi driver to use the meter but the drivers will usually say it’s broken. It is advised to ask your hotel or hostel how much a taxi should cost before getting in one to avoid getting ripped off by taxi drivers. Rickshaws (Tuck-Tuks) are cheaper than taxis, but you also have to bargain. Hiring a car is not recommended due to the lack of respect for traffic laws and the chaos on the roads. Uber is available.