Find the best clinics for Gastroenterology in United Arab Emirates

MyMediTravel currently lists 17 facilities offering a total of 121 Gastroenterology procedures and treatments in United Arab Emirates. For more information or to schedule your appointment, click the Enquire Now button and we’ll match you with the best and most affordable clinics in in United Arab Emirates. And don't forget, our service is completely FREE!

Visited recently but I must say I experienced a true 5 star experience which I have never expected in a Hospital ,, I needed an assistant, Mr Shady Soleiman one of the manager in hospital met me assisted me with every thing and made my life so easy in a very difficult situation Thank you and every one

I am so glad that I chose "American Academy of Cosmetic Surgery Hospital" for my #liposuction surgery.Totally satisfied with the service and experience. I would definitely recommend getting your #plasticsurgery from here. They also shared some tips on how I can take the best care after #surgery.

Al Salama Hospital, located in Al Zahiyah, Abu Dhabi, United Arab Emirates offers patients Liver Disease Evaluation procedures among its total of 116 available procedures, across 17 different specialties. The cost of a Liver Disease Evaluation procedure starts from ฿22,300, whilst the national average price is approximately ฿21,967. There are many specialists available at the Hospital, with 10 in total, and they are not accredited by any recognized accreditations institutes

One of the BEST health firm in town, experienced professionals, approach, medical management..staff.. nurses.. you will find the professionalisms in 1-umbrella.. awesome.. let god help NMC group to come out from the financial troubles which recently raised up.. NMC hospital and medical center are very Necessity for the community.. All the best for the staff and institution..

I visited NMC DIP for my Liposuction 360 and BBL.I met Dr. Abizer Kapadia who is certified plastic surgeon. I was initially planning to perform my lipo in India. But after meeting Dr. Abizer i felt very comfortable, he is very patient and answered all my questions. His suggestion was good to perform BBL as well. I performed my surgery on 16th June and was in NMC DIP for 1 day. Entire team was very caring post procedure. Co-ordinator and nurse Chetna was also very efficient. She was constantly in touch with me before and after. I am already loving my results and looking forward for my final results which usually takes about 5-6 months.It was absolutely good decision to perform my liposuction and BBL in NMC because i can visit doctor in case of any concern i might have. Instagram @Dr.abizer_kapadia Please check his profile to check more.

Thumbay Hospital, located in Hor Al Anz East, Dubai, United Arab Emirates offers patients Gastroesophageal Reflux Disease (GERD) Treatment procedures among its total of 126 available procedures, across 19 different specialties. Currently, there's no pricing information for Gastroesophageal Reflux Disease (GERD) Treatment procedures at Thumbay Hospital, as all prices are available on request only. There is currently a lack of information available on the specialists practicing at the Hospital, and they are accredited by JCI Accredited

I want to thank Dr. Kerim and all nursing- and admission teams in OPD and Ward 3 for my excellent care! I was so impressed by everyone's empathy and kindness throughout my ward stay and OPD visits. Dr. Kerim goes beyond taking care of his patients, very professional. Thank you from the bottom of my heart!

A perfect place to get your all medical needs. The place where the medical team makes you feel at home and relieves of any pain.

How Long Should I Stay in United Arab Emirates?

The type of procedure that you undergo determines your length of stay in United Arab Emirates. Most procedures are performed on an outpatient basis, meaning you can leave the hospital or clinic on the same day. However, you generally need to stay in United Arab Emirates for around a week for follow up appointments and to let your body recover before you can travel. If you undergo a diagnostic procedure, your doctor will discuss the results and create a treatment plan during the follow-up appointment.

It is crucial that you follow all of the instructions closely, to prevent the problem from getting worse or from reoccurring, you may need to make some dietary and lifestyle changes. You may also need to attend follow-up checkups to monitor your condition. You can have the checkups at home with your local doctor, or with your gastroenterologist in United Arab Emirates. 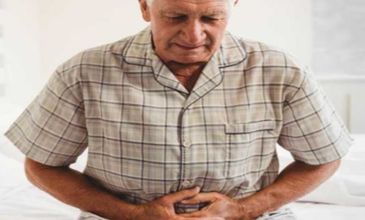 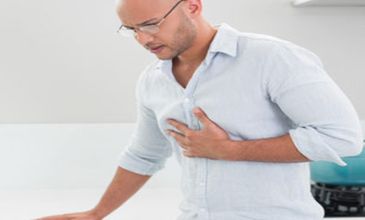 Gastroenterology in and around United Arab Emirates

In the United Arab Emirates medical education and research foundations such as Al Jalila Foundation, Centre of Arab Genomic Studies, Red Crescent Society of UAE, and Sahi School Health Programme aim to provide the best hospitals and create the best-skilled professionals in the country. With high-quality hospitals such as American Hospital Dubai, Lifeline Hospital, Emirates Hospital, Rashid Hospital, and others, Dubai caters to ailments such as Ophthalmology, Orthopaedic, Rheumatology, Dermatology, Cosmetic and Plastic surgery.

All year-round, but especially in spring, the UAE may be affected by strong winds, which can bring dust and sand storms.

You can get a non-extendable visit visa or a tourist visa for 30 days or 90 days. Many job seekers use visitor visas to find work and convert their visitor visa to a work visa during their stay. Citizens of GCC countries and the European Union, USA, and the UK, Canada, Russia, China, Australia, and many other countries can get a visa on arrival. However, all passports must be valid for at least six months from the date of entry.