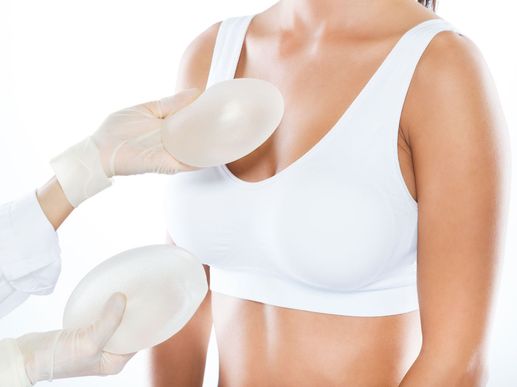 11 Before and After Photos

Find the best clinics for Breast Augmentation in France

With MyMediTravel you can browse 4 facilities offering Breast Augmentation procedures in France. The cheapest price available is $4,000, it's well worth the trip from United States!

Doctors, Surgeons and Clinics in France, specialized in Breast Augmentation

Compare Before & After Photos of Breast Augmentation

What you need to know about Breast Augmentation in France

Commonly known as the 'Boob Job'; Breast Augmentation / Breast Enhancement / Breast Enlargement Surgery or Breast Implants are the terms used to describe increasing the size and/or changing the shape of the female breasts. A surgical procedure where silicone or saline implants are inserted behind the breast tissue or beneath the chest muscle. With both techniques, the implant is behind the milk ducts so that future breastfeeding is not affected.

The silicone implant is by far the most popular choice as they're considered to appear more natural when compared to saline implants, however, silicone implants require a slightly larger incision. Different types are available based on the shape and the size, with the two most common being the Round and Teardrop Implant.

MyMediTravel currently lists 4 facilities in France offering Breast Augmentation procedures - see above for the complete list, along with estimated prices. The price of a Breast Augmentation can vary according to each individual’s case and will be determined based on photos and an in-person assessment with the specialist. For a personalized quote Click Here to submit your details

A Breast Augmentation is performed by inserting implants behind your breast tissue or below your chest muscles, both of these surgical techniques will position the implants behind your milk ducts to prevent any complications in the future, especially when breastfeeding. Your breasts may continue to develop as you reach your late teens and right up to your early twenties, which is why the FDA requires women to be at least eighteen years of age and older to undergo this type of surgery.

Prior to the breast enhancement procedure, you would have had to undergo a consultation and medical evaluation with your surgeon. During this time, your surgeon will help you decide what type of implants and what size best suits your breast condition. This is also the time to discuss incision options. The incision will depend on the type of implants, size and of course, the surgeon-patient preference. There are 3 types of incision that each patient must be aware of:

There are two basic types of breast implants with both being performed under general anesthetic:

Saline implants composed of silicone shells filled with sterile salt water (saline). Saline-filled implants can be pre-filled or filled during the placement procedure. This type of implant will give your breasts an even shape and more of a natural feel and firmness. Saline implants have been known to rupture over time, they may also wrinkle at an early stage as compared to other types of implants. However, if this type of implant leaks, its shell will collapse and eventually, the saline will be absorbed and expelled naturally by your body.

Silicone Implants, on the other hand, are silicone shells filled with a plastic gel (silicone). The preferred implant type as it is considered to feel more like a real breast than compared to Saline Implants. Silicone implants can also be pre-filled or filled during the placement procedure. Furthermore, it is also FDA approved for augmentation in women aged 22 and above. On the flip side, if this type of implants leak, its gel will either stay inside the shell or leak into the breast implant pocket. Compared to Saline-filled implants, a leaking silicone-filled implant may or may not collapse and revision surgery will be required.

How Long Should I Stay in France?

Breast augmentation surgery can be performed as an outpatient procedure but is usually inpatient with a one night stay in the hospital included. The typical surgery time is between 1-1.5 hours. It is important to have regular check-ups with your surgeon during your immediate recovery time. This is especially important to patients who have undergone silicone breast implants; you have to make sure that your implants are properly functioning. An MRI screening or ultrasound may be required to assess its condition.

Removal of the stitches will be decided upon during your one-week checkup. Be aware that you will need to stay in France until you get the go-ahead from your surgeon that you can travel back home, but it's safe to say 7-10 days post-op is sufficient enough time when booking a round trip.

Every woman’s body is unique, so it is important to know that there is no exact timeline for recovery. Usually, the first 3-5 days are the most uncomfortable; your Doctor will prescribe pain medications to ease your discomfort. It is most likely advisable that you take 2 weeks off work after the operation to fully help the recovery.

Keeping in mind that breast implants are not designed to last for a lifetime, it is important that you maintain a regular check-up with your local Doctor. Most patients are usually fully cleared to resume all their normal activities after two months. In terms of exercise, you will be able to return back to your full routine in about 6-8 weeks.

But it is vital that you strictly follow your Doctor’s aftercare instructions so that you will not have any complications and your implants will be able to heal properly.

Breast augmentation surgery has always been one of the most popular cosmetic procedures, the world over, with ~98% of women expressing positive feedback, benefiting from a more desirable appearance and a huge boost in confidence. Common postoperative complications are usually concerned with the scar healing areas and positioning of the implants, so it is necessary that you undergo at-home physiotherapy during the recovery period. Your breasts will look and feel natural within a few months as your breast tissue, muscle and skin slowly stretch to accommodate your implants.

Are there Alternatives to Breast Augmentation?

Fat transfer is one alternative to breast implants, in this procedure, unwanted fat tissue from a part of your body is removed by liposuction and then injected to your breast area. Fat grafting has now also been widely adopted in both plastic and reconstructive surgery.

Breast Augmentation in and around France

France, renowned for its architecture, art, cinema, cuisine, fashion, literature, music and wine, with the most significant attraction being its glorious capital city, Paris - home to the famous Eifel Tower. With its small medical tourism industry, France sees far fewer medical tourists than its neighbors Germany and Spain, however, many travels each year for Breast Augmentation procedures among other popular procedures. Other than Paris, popular locations for private medical centers, include Bordeaux, Lyon, and Montpellier.