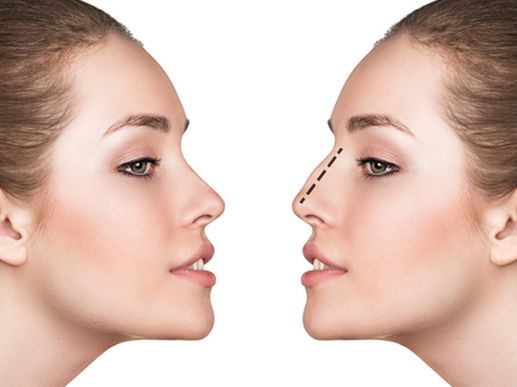 9 Before and After Photos

Find the best clinics for Rhinoplasty in Thailand

With MyMediTravel you can browse 19 facilities offering Rhinoplasty procedures in Thailand. The cheapest price available is $662, it's well worth the trip from United States!

My husband had surgery here, the doctor took good care of it, used social security, the nurses were good, but there were some who couldn't answer. May cause some ear irritation
$35,000
Rhinoplasty
View details & Read reviews
Recommended
Bangkok, Thailand
Kamol Hospital
3.9
45 reviews

Compare Before and After Photos of Rhinoplasty

What you need to know about Rhinoplasty in Thailand 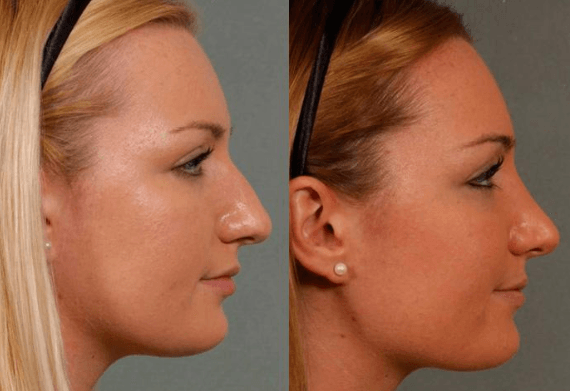 Rhinoplasty, commonly known as the “nose job,” is plastic surgery to change the shape of the nose and to improve its function. This procedure can be performed for medical and cosmetic reasons. It can be performed on people with breathing problems caused by a birth defect, sinusitis, or an injury to the nose, or for those who are not happy with the appearance of their nose.

Rhinoplasty has a variety of benefits. However, one of the main benefits that attract people to undergo the surgery is to enhance the appearance of their nose, which can significantly improve their self-confidence. Rhinoplasty can change the size and angle of the nose, strengthen the bridge, narrow the nostrils, and reshape the tip of your nose.

During rhinoplasty, you will be given local or general anesthesia to make sure that you are comfortable and you do not feel any pain during the surgery. The procedure may be performed inside your nose or through an incision at the base of your nose. Changing the shape of your nasal bones or cartilage can be done in several ways, depending on how much needs to be added or removed, available materials, and your nose’s structure.

If your nose needs to be augmented because you want to increase its size, prosthetic implants or cartilage from your nasal septum or ear is used. Once your surgeon is done altering the shape of your nose and correcting any defect, they will place the nose’s skin and tissue back, then close the incisions with stitches.

MyMediTravel currently lists 19 facilities in Thailand offering Rhinoplasty procedures - see above for the complete list, along with estimated prices. The price of a Rhinoplasty can vary according to each individual’s case, the type of surgery preferred and will be determined based on photos and an in-person assessment with the specialist. For a personalized quote Click Here to submit your details

Depending on the complexity of the procedure and the type of anesthesia used, you may be able to leave the hospital on the same day or stay in the hospital for a day or two. The surgery itself takes around 1.5 to 3 hours to complete. Once you are discharged from the hospital, you should not leave Thailand right away. Instead, plan to stay about 10 to 14 days for initial recovery and follow-up checkups. A week following the surgery, your surgeon will remove your stitches.

You generally need to wait at least 2 to 3 weeks until you can resume most of your normal activities. However, you should not perform any strenuous activities, such as intense exercise, for about 3 to 6 weeks. During the first few days after the surgery, you will experience some swelling around your eyes, but these will subside within 3 to 14 days. You will also have to wear a nasal splint for about a week following the surgery.

Since you may experience some discomfort, your surgeon will give you painkillers to ease any pain and discomfort. Make sure to take the pain medication as prescribed. For a couple of weeks following the surgery, you should not blow your nose, as well as laughing or talking too much. You also need to avoid any clothes that need to be pulled over your head and glasses on your nose for a few weeks. During your recovery period, always make sure to cover your nose while going out in the sun.

You should avoid bumping or hitting your nose, and keep your nose safe and protected from anything that could misalign the bones and undo the results. To help you recover smoothly and quickly, eat healthy and nutritious food.

Rhinoplasty is considered as one of the most complicated facial cosmetic surgeries. However, thanks to the advances of technology and surgeons’ extensive experience, the procedure has a very high success rate of between 85% and 90%.

Although rhinoplasty is generally safe, it does carry some potential risks of complications and side effects, including bleeding, infection, allergic reaction to the anesthesia, permanent numbness in your nose, difficulty breathing through the nose, an uneven-looking nose, discoloration, persisting pain, scarring, septal perforation, and a need for additional surgery.

Are there Alternatives to Rhinoplasty?

If you are unable to undergo rhinoplasty, you can opt for its minimally invasive or noninvasive alternatives, such as filler injections or Botox. Both filler injections and Botox are noninvasive and require only a very short visit with your doctor. It works by injecting the substance into your nose to change its shape. Many people choose these methods because it is not as painful as rhinoplasty, requires little to no downtime, and no incision or stitches are involved.

If you want to improve your breathing, you may be recommended to use nasal strips. The nasal strip is a type of bandage with adhesive with embedded splints or plastic ribs that is applied across the bridge of the nose and the sides of the nostrils. It can keep the airway open, making breathing easier.

Rhinoplasty in and around Thailand

Thailand welcomes hundreds of thousands of medical tourists each year, many of which travel for Rhinoplasty procedures. Medical Tourists travel from all across the globe, particularly from the local SE Asia region, Australia, United States, Middle East and an increasing amount are traveling from China. An outstanding private healthcare system combined with a hot tropical climate and competitive prices means that Thailand is now the third most popular destination in the world for medical tourism. The most popular procedures tend to be cosmetic surgery (breast augmentations, gender reassignment surgery, and CoolSculpting to name a few), cardiac surgery, orthopedics, and urology.