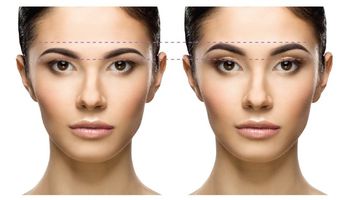 Find the best clinics for Brow Lift in Thailand

With MyMediTravel you can browse 13 facilities offering Brow Lift procedures in Thailand. The cheapest price available is $100 - what are you waiting for?

Dr.Tanongsak is the skilfully doctor, very friendly and caring. I am very satisfied with my rhinoplasty done in Asia Hospital. His nurse who took care of me was great. The staff was very helpful and courteous, and friendly too. I would recommend Dr Tanongsak and Asia Hospital to all of my friends, he is an excellent surgeon and kind doctor.

Received breast augmentation and I'm soooo in love with the results. Better than I expected! I did research for a few months and landed my decision in Bangkok. Kamol Hospital was always mentioned as one of the best places to go for cosmetic surgeries, and I'm glad I choose this hospital :) All the staff was absolutely fantastic, knowledgeable, and caring. The surgeon was attentive and took the time to discuss all my options. The nurses are all very caring and treat me like family.

I did breast augmentation. The doctor gave excellent advice and made me feel much better. The surgery went well and I am a big fan of the results. I will recommend my friend to dr Kanit for absolute excellent work.

Survice staff is so great!! and my breast come out perfect. I will recommend BPS clinic to everyone Thank you.

Service is very good Khun Morn Phadon, the obstetric department is very good, very kind, the antenatal care to both doctors.Was pregnant and had both miscarriages, but both children were safe. Doctors and nurses take good care. The doctor said very encouraging. The cheapest caesarean section is 48,000 baht (year 2020) including sterilization 53,000 baht.

Thank you and appreciation for Dr. Bunyaporn Usaisaj and assistant and room staff on the 24th floor and Narisara With staff That drives the services around Everyone takes care with pleasure. Friendly, good advice And get to know Would like to praise Pi Rose, the operating room for bringing knowledge and good things.

In January of 2013 while crossing the street I was struck by a motorbike traveling at high speed. When I regained consciousness in the ER of Bangkok Hospital Phuket I was greeted by Dr Piyapas. He performed a very complicated surgery (6+hours) on my mangled face that included placing some 14 pieces of titanium. I can tell you with absolute conviction this man was sent to me from a higher source! His work on that and a follow up operation was perfect. He had previously declined to do an elective nose augmentation for my girlfriend because he didn't feel she would be pleased with the outcome. He operates with the utmost integrity and professionalism. I don't believe you could find a more compassionate and capable surgeon anywhere. I have recommended others to use his services, and will continue to do so with total confidence. Thanks again Dr. Piyapas:))Sincerely, Michael H Sobel

The doctor is very detail oriented and listened to me about my expectations and concerns. All of the staff were wonderful throughout the entires process. I had very minimal during and after my procedure. I am thrilled with the outcome. Absolutely fantastic. 👌

What you need to know about Brow Lift in Thailand

Brow Lift is considered a plastic / cosmetic surgery procedure that requires coordination between a plastic surgeon, anesthetist and other surgical medical staff. This type of Plastic and Cosmetic Surgery procedure / treatment can be considered reasonably expensive, especially given the skill set, experience, training and equipment used by the specialists involved. For Brow Lift, photos are required for the specialist to review prior to treatment.

As with all plastic surgeries, recovery varies from person to person and this is no different for Brow Lift, where the immediate recovery post-op can take a few days before you're moving around again. You should anticipate an extended period of rest immediately following your surgery, during which time you should avoid any heavy lifting and strenuous exercising. After a week or so, you can expect to return to light activities, gradually breaking yourself in over the new few weeks and months. The plastic surgeon will provide you with a detailed post-operative aftercare plan, which should be closely followed. This may include exercises and stretches, a diet plan and advice on how to treat the wounds.

You will be required to stay in Thailand for around 10-14 days post-op. During this time you'll be required to visit the surgeon for a post-op checkup and have stitches removed. Once given the all clear, you'll be able to travel home, it's very rare for travel arrangements needing to be changed as the success rate for Brow Lift is very high. This is mostly down to the more recent advances in medical technologies and surgical techniques, coupled with the extended experience of the plastic surgeons. However, the risk of complications is always there and these may include infection of the wound, bleeding, numbness and swelling around the wound and damaged scar tissue. To reduce the likelihood of such complications, all patients need to do is rest immediately after surgery and adhere to the surgeon's aftercare and recovery advice.

Brow Lift in and around Thailand

Thailand welcomes hundreds of thousands of medical tourists each year, many of which travel for Brow Lift procedures. Medical Tourists travel from all across the globe, particularly from the local SE Asia region, Australia, United States, Middle East and an increasing amount are traveling from China. An outstanding private healthcare system combined with a hot tropical climate and competitive prices means that Thailand is now the third most popular destination in the world for medical tourism. The most popular procedures tend to be cosmetic surgery (breast augmentations, gender reassignment surgery, and CoolSculpting to name a few), cardiac surgery, orthopedics, and urology.