Find the best clinics for Hip Augmentation in Thailand

With MyMediTravel you can browse 2 facilities offering Hip Augmentation procedures in Thailand. The cheapest price available is $12,367 - what are you waiting for?

Lelux Hospital, located in Mueang Nonthaburi, Nonthaburi, Thailand offers patients Hip Augmentation procedures among its total of 15 available procedures, across 2 different specialties. Currently, there's no pricing information for Hip Augmentation procedures at Lelux Hospital, as all prices are available on request only, whilst the national average price is approximately د.إ45,417. All procedures and treatments are undertaken by just a small team of specialists, with 2 in total at the Hospital, and they are not accredited by any recognized accreditations institutes

What you need to know about Hip Augmentation in Thailand

Hip Augmentation is considered a plastic / cosmetic surgery procedure that requires coordination between a plastic surgeon, anesthetist and other surgical medical staff. This type of Plastic and Cosmetic Surgery procedure / treatment can be considered reasonably expensive, especially given the skill set, experience, training and equipment used by the specialists involved. For Hip Augmentation, photos are required for the specialist to review prior to treatment.

As with all plastic surgeries, recovery varies from person to person and this is no different for Hip Augmentation, where the immediate recovery post-op can take a few days before you're moving around again. You should anticipate an extended period of rest immediately following your surgery, during which time you should avoid any heavy lifting and strenuous exercising. After a week or so, you can expect to return to light activities, gradually breaking yourself in over the new few weeks and months. The plastic surgeon will provide you with a detailed post-operative aftercare plan, which should be closely followed. This may include exercises and stretches, a diet plan and advice on how to treat the wounds.

You will be required to stay in Thailand for around 10-14 days post-op. During this time you'll be required to visit the surgeon for a post-op checkup and have stitches removed. Once given the all clear, you'll be able to travel home, it's very rare for travel arrangements needing to be changed as the success rate for Hip Augmentation is very high. This is mostly down to the more recent advances in medical technologies and surgical techniques, coupled with the extended experience of the plastic surgeons. However, the risk of complications is always there and these may include infection of the wound, bleeding, numbness and swelling around the wound and damaged scar tissue. To reduce the likelihood of such complications, all patients need to do is rest immediately after surgery and adhere to the surgeon's aftercare and recovery advice. 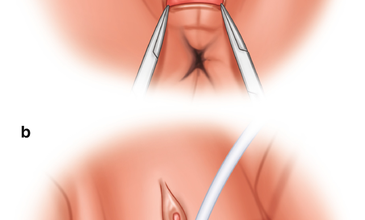 Hip Augmentation in and around Thailand

Thailand welcomes hundreds of thousands of medical tourists each year, many of which travel for Hip Augmentation procedures. Medical Tourists travel from all across the globe, particularly from the local SE Asia region, Australia, United States, Middle East and an increasing amount are traveling from China. An outstanding private healthcare system combined with a hot tropical climate and competitive prices means that Thailand is now the third most popular destination in the world for medical tourism. The most popular procedures tend to be cosmetic surgery (breast augmentations, gender reassignment surgery, and CoolSculpting to name a few), cardiac surgery, orthopedics, and urology.